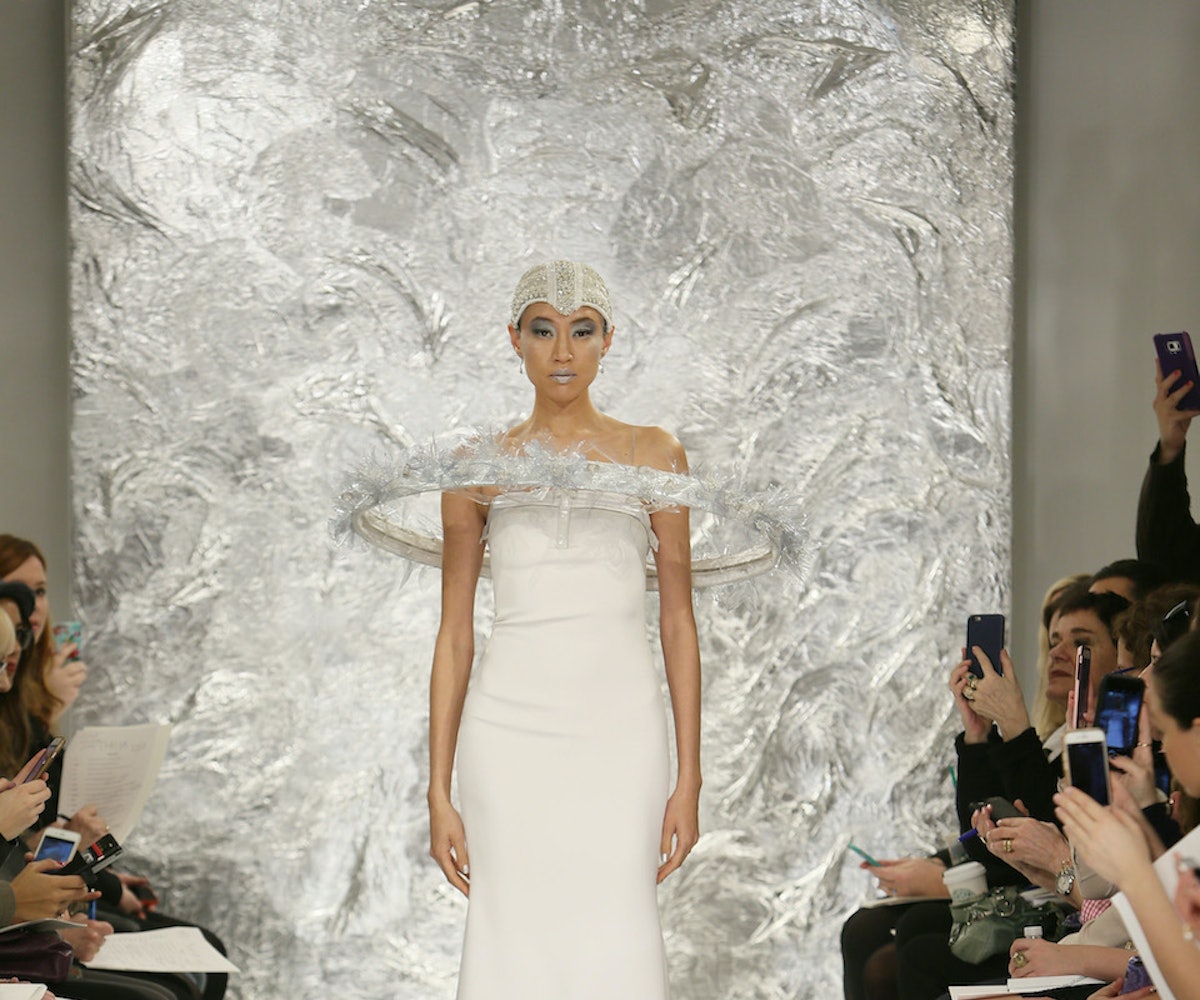 Theia is taking wedding dresses to a whole new galaxy with its Spring 2017 bridal collection. The brand's creative director Don O'Neill looked to the future and outer space when creating the looks, inspired by a Rafal Makiela underwater photograph featuring a figure shrouded in white plunging through a silvery surface. "Immediately images of a futuristic bride in the distant future swirled in my head, a bride radiating love of pure white light," says O'Neill (who himself is getting married this summer).

Fast-forward to “a time when the human race transcended their differences becoming beings of pure love and light" and “where pure white light shines eternal." The models sent down the Theia runway were positively luminescent as they emerged from behind a textured, silver backdrop. With the astral David Bowie in The Man Who Fell to Earth as an additional influence, O'Neill focused on the idea of light radiating from within, employing crystal detailing, mirror sequins, cosmic headpieces, and gunmetal touches to pull it off.

The looks were literally out of this world with celestial motifs, cosmic swirls, opalescent silk jacquards, and plasticized nylon; the silhouettes futuristic in construction and complexity of layers. Paired with high-low hemlines, laser-cut textures, peplum waistlines, and intricate lace, the styles (which include separates) exuded equal parts romance and fashion-forwardness—a calling card of the brand.

Three-dimensional details, including an orbiting cosmic halo (made in collaboration with costume designer Miodrag Guberinic) and a vortex collar jacket, and unexpected additions, like the lace bomber jacket and molded crystal corset, were the showstoppers—and must-have items for the bride who will walk down the aisle to “Space Oddity."

Check out the looks that will ensure every bride's status as the center of the universe on her big day in the gallery, below.