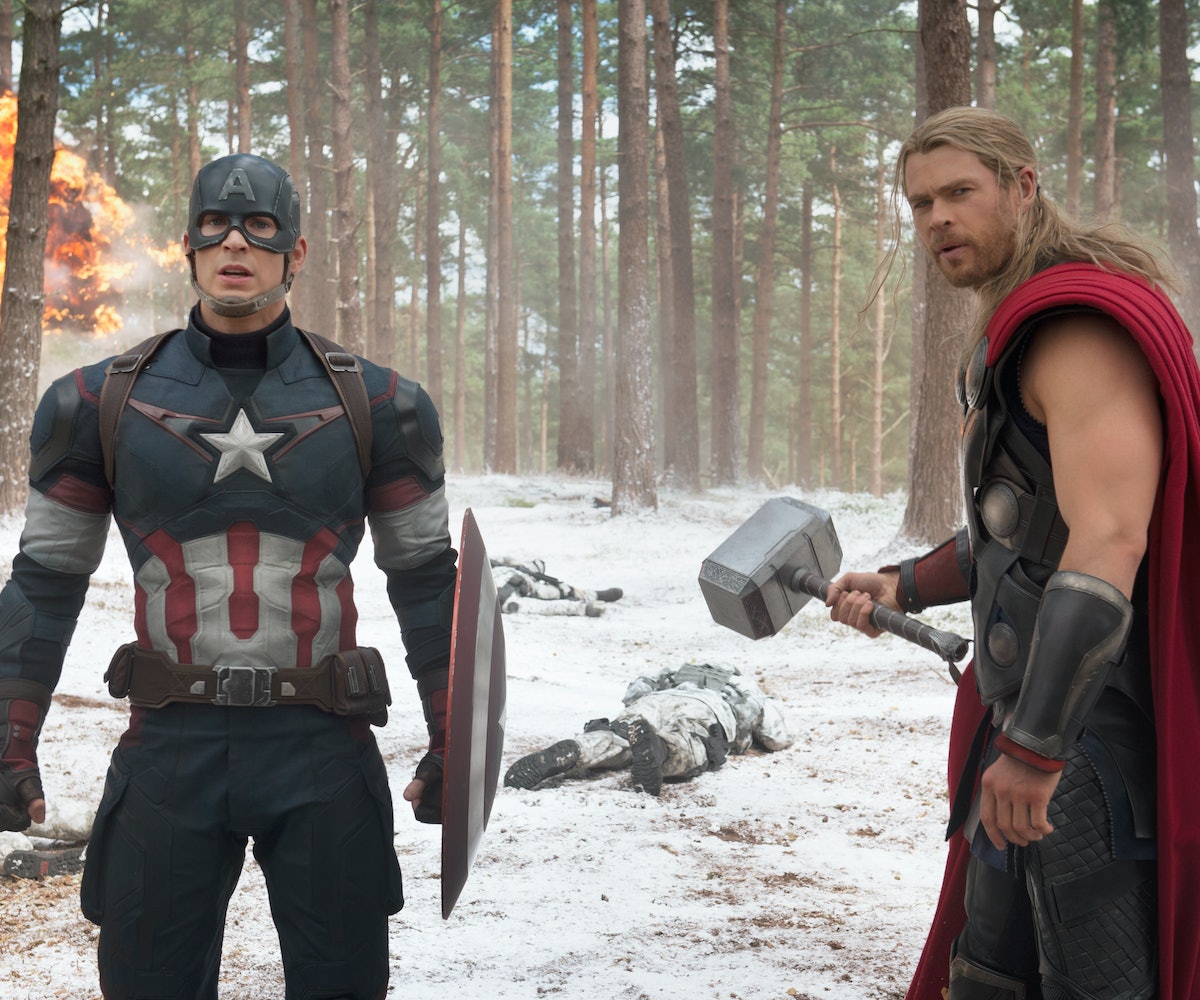 Beefy, brawny Avengers locking lips in a tender embrace is the stuff of fan-fic dreams—particularly if the Marvel Cinematic Universe’s Chris Hemsworth and Chris Evans are doing the kissing.

Indeed, Marvel Entertainment has just announced that the two heroes will share a clinch in an upcoming issue of The Avengers comic book. Alas, for those of you now humming with the notion of Chris meets Chris, it won’t be that Captain America and that Thor doing the deed.

According to the Tweet and beautiful image below, the current Captain America—Sam Wilson who you might know as Falcon from Captain America: The Winter Solider—will make out with Thor, who just so happens to be a woman at the moment. See, if you didn’t already know, comics are weird.

To explain: Recently, Marvel has relaunched its entire line under the “All-New, All-Different” banner. It it, original Cap Steve Rogers has passed his shield and name onto Wilson while Thor—currently unworthy of his hammer—has been replaced by Jane Foster (played by Natalie Portman in the movies). See, weird.

Regardless of this suprising, heteronormative pairing, it's still pretty hot to see heroes hook up like this.