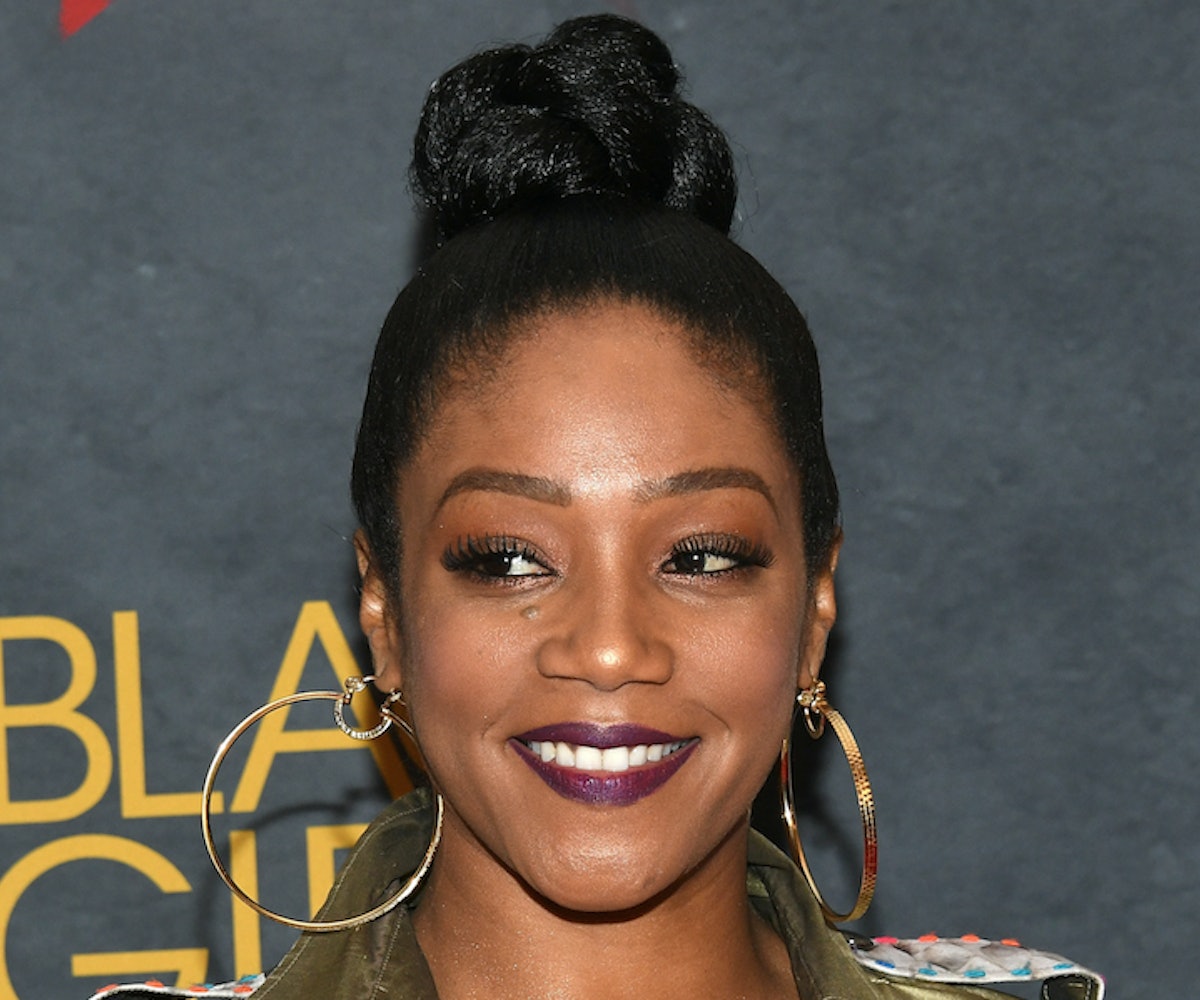 Tiffany Haddish is keeping busy. The actress-comedian was tapped to star in a Netflix animated series, appears alongside Kevin Hart in a new blockbuster film, and knows who bit Beyoncé. Now, it looks like the Girls Trip star will be adding producer to her resume. HBO just announced that she will be heading a new comedy series.

According to The Hollywood Reporter, the new show is called Unscripted and will focus on "female blackness, beauty, and identity through a behind-the-scenes look at the Instagram hustle." The show is part of Haddish's first deal with the network, which will allow her to develop the project for two years.

The report also notes that actress Xosha Roquemore and Danielle Henderson will co-write and executive produce the series. There's currently no word on how the show will be formatted or when it will debut, but it'll surely be one to remember.