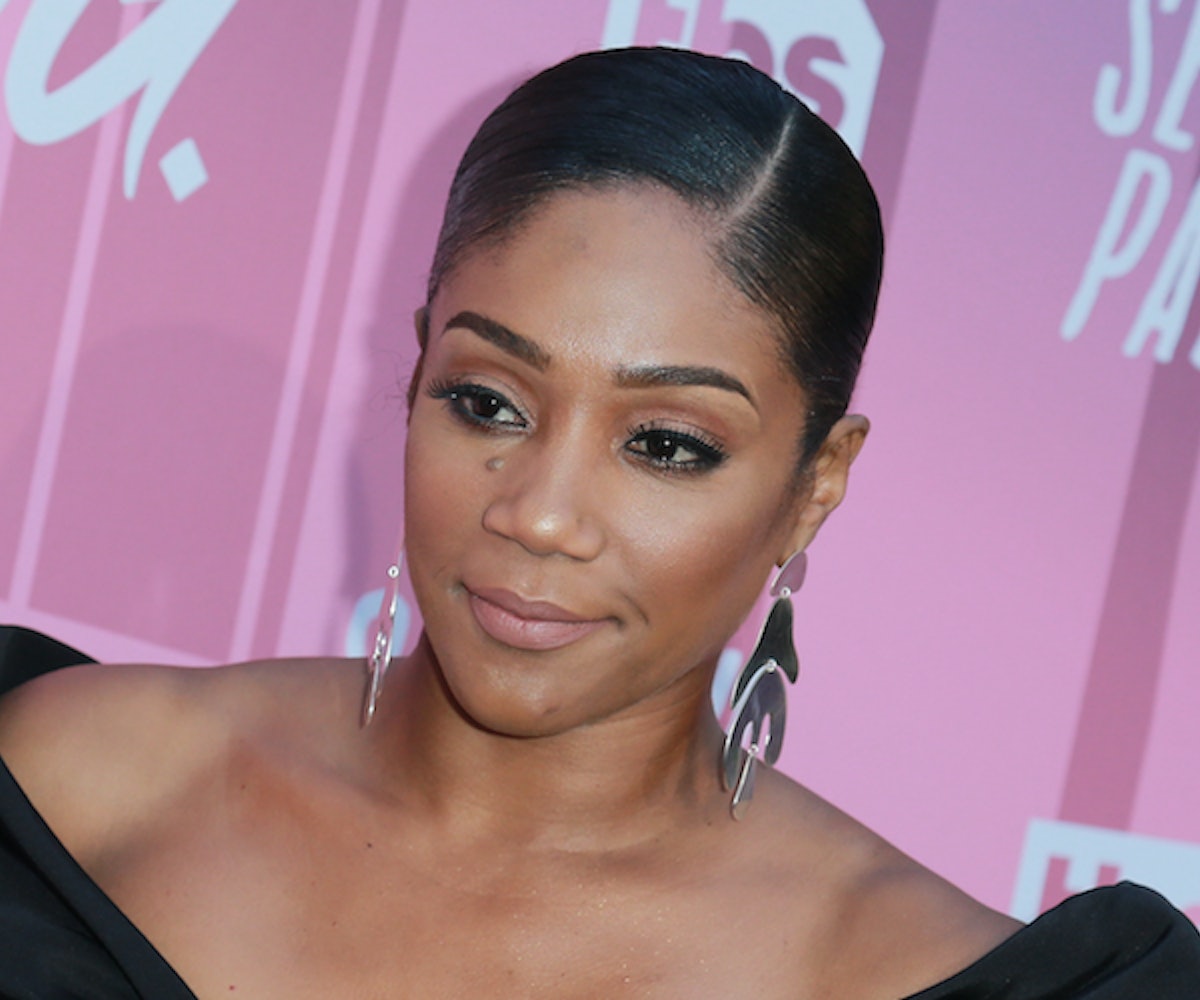 Tiffany Haddish is claiming that Roseanne Barr has always been a racist. The Girl's Trip star recently revealed that she had a racist encounter with Roseanne Barr back in the early '00s in a new cover story for The Hollywood Reporter.

Haddish, who leaned in close to the recorder while telling the story, recalled an incident in which she was repeatedly snubbed by Barr for trying to be friendly. "I don't know if you know El Segundo [a coastal California town near LAX], but if you're black and you're driving through El Segundo, you're going to get pulled over," she told THR. "I used to visit my friend Anna there, and it got to a point where I was calling the police officers by name. One day, we were walking around the neighborhood, and Anna says, 'Oh, Roseanne [Barr] lives there.' Now, I loved Roseanne, and the next day we walked by, and she was in her yard."

Haddish went on to explain that when she said hi to Barr, she looked at her, made a disgusted face, and ran into her house. "I thought, 'Maybe she don't want to be bothered today,'" Haddish said. Haddish later told her friend Anna about the incident and suggested that Anna say hi to Barr next time. The actress-comedian said that when Anna—who is Hispanic but, according to Haddish, "looks white"—greeted Barr, she responded with an enthusiastic "Hey!"

After that encounter, Haddish simply thought Barr was being friendly because she got to know the girls.

"Then I go back," Haddish continues, "Like, a week later, I wave again and say, 'Hi, Roseanne! I love your comedy,' and she (makes the same disgusted face) and turns her head. I think, 'Fuck that bitch.' That was 2000, maybe 2001, so it's not new," she says, referring to the recent backlash Barr is facing for going on a racist Twitter rant that led to the cancelation of her show. "She been racist, why'd you all give her a TV show?"

You can read Haddish's profile in full here.