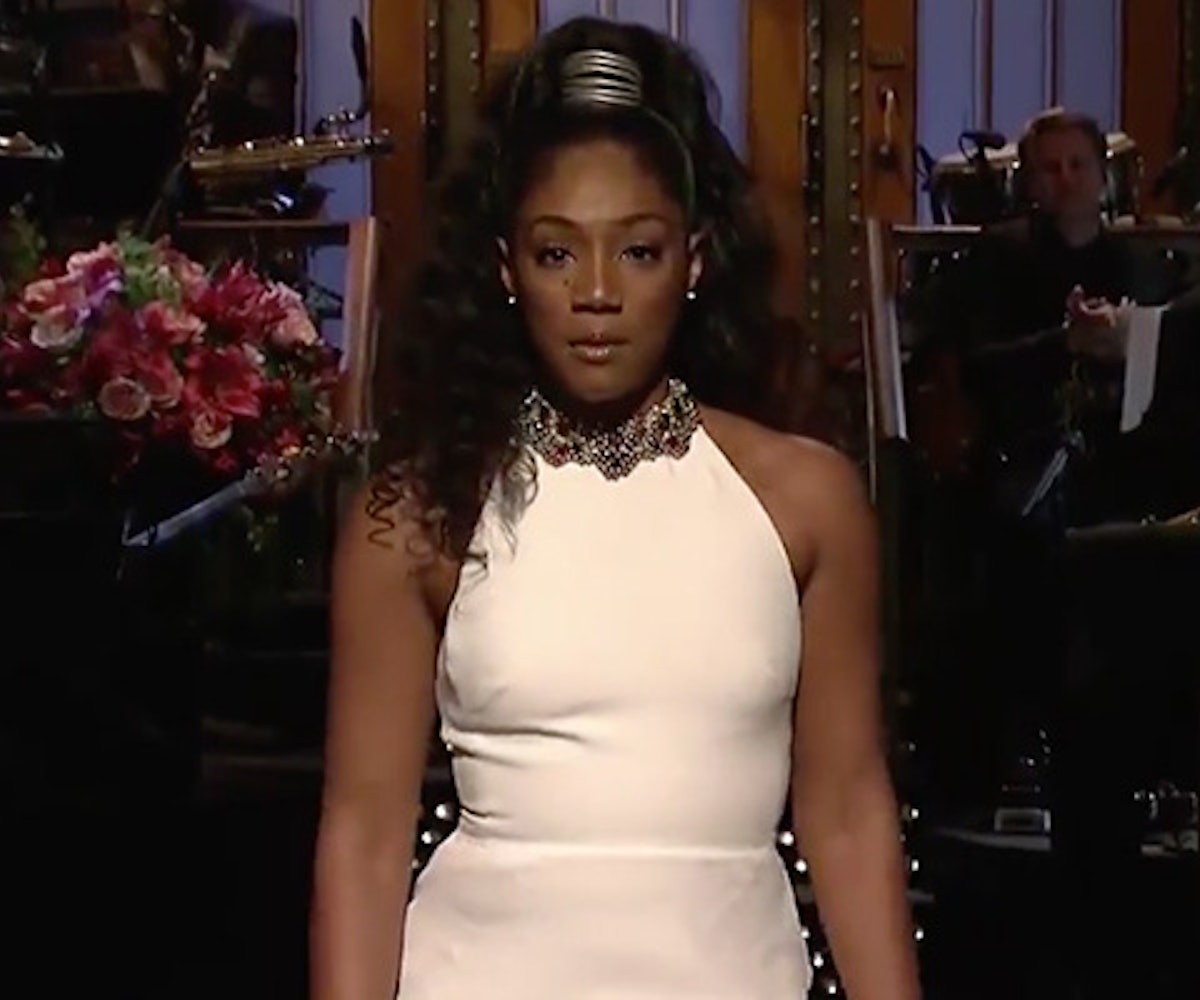 Tiffany Haddish made history last night when she became the first black female comedian to host Saturday Night Live—and now I wish she would host every weekend. She opened the show with a monologue that addressed the recent wave of sexual assault allegations in the news, including most recently against Louis CK. "Listen, fellas," Haddish said, offering what she called a "Tiff Tip," "if you got your thang thang out, and she got all her clothes on, you're wrong. You're in the wrong."

She also went on to talk about how important hosting SNL was to her and how she grew up in foster care. "I want to say thank you to anyone who paid their taxes between 1990 and 1999," she said, "because if you didn't pay your taxes, I wouldn't be standing here today."

Most of the best sketches of the night included Haddish. In one skit, about a Mortal Combat-like video game, "Death Fight 12," Haddish plays Boo Boo Jeffries, a character whose special moves include shouting "Rihanna" and "Beyoncé" repeatedly at her enemies. Her strength is her relationship with her mom and her weaknesses are fighting and being social in large groups. Same.

One of the best moments of the show was watching Kate McKinnon and Haddish as Barbara DeDrew and Claudia, the cat-obsessed couple that works at Whiskers R We. They introduce their "fe-lineup" while desperately trying to keep the cats under control and not crack up through the scene.

We also got to see Haddish as the Last Black Unicorn, as Cardi B auditioning for the role of Timon in The Lion King, as Mary J. Blige auditioning for Pumbaa, and as a scientist deeply disturbed by her colleagues' inappropriate behavior with dolphins.

Hopefully last night's episode taught SNL not to wait to so long before having a black female comedian host. And hopefully it means we'll be seeing a lot more of Haddish in the future.