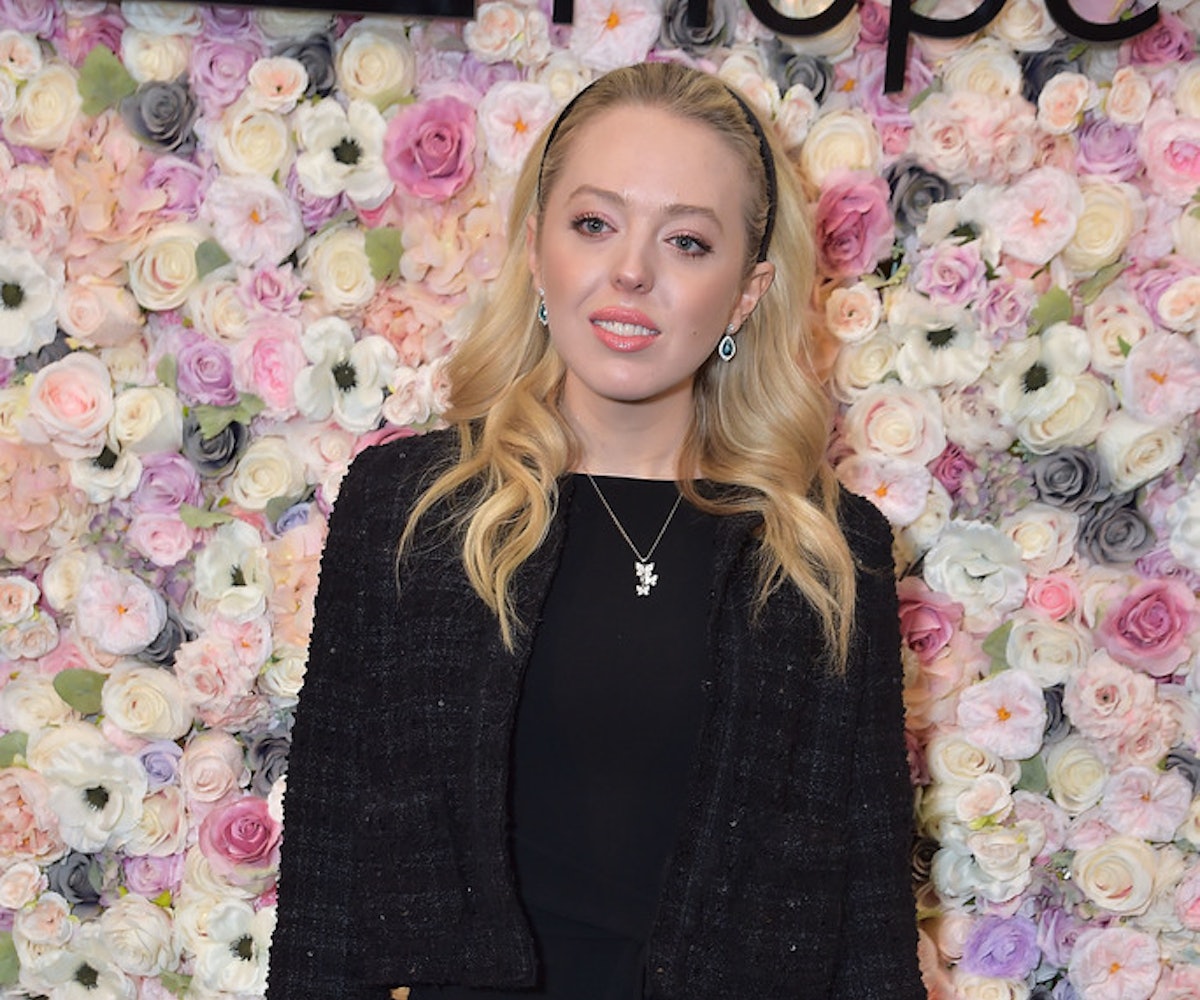 New York Fashion Week hasn’t even officially started, but already the first fashion fail (courtesy of the Trump family, of course) is here—and it's NYFW gold.

According to New York Daily News, Tiffany Trump’s team intended to send an email to Harper’s Bazaar to score an invite to its annual Icons party on Friday. Apparently, though, Trump’s reps don’t know the difference between Harper's Bazaar and Harper's Magazine and, as such, e-mailed Giulia Melucci, PR rep for Harper’s Magazine, to get an invitation to Harper's Bazaar's bash. As a refresher (which, turns out, some need), Harper’s Magazine is a monthly publication that covers politics, culture, and art. It’s definitely not the same as Harper’s Bazaar, the fashion glossy that will host the exclusive event set to honor the likes of Kim Kardashian, Courtney Love, Karlie Kloss, and more this year that the First Daughter wants to attend.

Don't believe us? Here is the actual request Melucci got: “Hi, I wanted to email on behalf of the First Daughter Tiffany Trump. She is in town for NYFW and attending a few events. She would love to possibly attend the Bazaar Icons party. Please let me know if this could be accommodated.”

Melucci later tweeted that she was “perplexed” about the situation and told Daily Mail, “My e-mail is hardly fashionable, it ends with .org.” Burn.

We’re now left wondering if all of this drama will still score poor Tiffany a pity invite, or just the opposite. Also, whether her entire team is now fired.

NEXT UP
Fashion
Apple Martin Is A Chanel Girl Now
Fashion
Olivia Rodrigo Wore A Sheer Slip Dress To The 2023 Grammys
fashion
All Of The Sexy, Sparkly Outfits From The 2023 Grammys Afterparty
fashion
How ‘Spice World’'s Costume Designer Nailed The ‘Scooby-Doo on Acid’ Look
Style + Culture, delivered straight to your inbox.