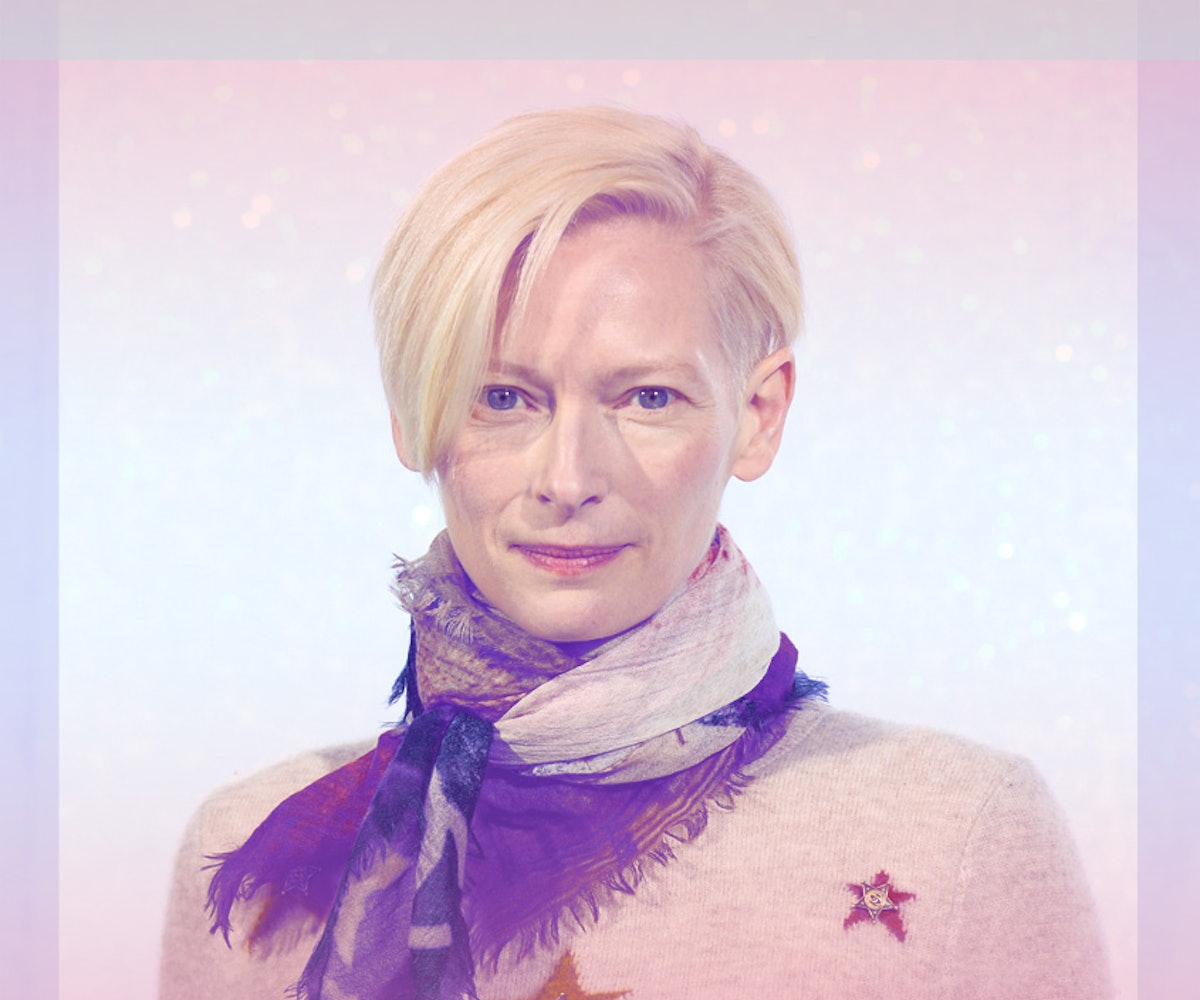 We are lucky to be alive at the same time/space intersection as Tilda Swinton. Part magical angel from Pluto, part whimsical woodland dream creature, all wonderful cheekbones—rarely do we get to describe someone as simply "everything" and actually mean it. In case you need more evidence than just staring into her face, GQ just published a story in which writer Zach Baron visits Tilda at her home in Scotland. Here are some things we learned from his wondrous journey, which could also be read as some sort of mystical lullabye that soothes us all:

1. Tilda's androgynous energy translates to her smell. "She smells like wildflowers and wood smoke," Baron writes. We assume this is her natural musk.

2. Tilda's eyes are blue. Except when they are green.

3. She can accurately draw a map of Scotland with her finger on a car windshield while driving. Why can't you?

4. The Swinton family has two major traditions: "The television and the tank."

5. "I spent a lot of time thinking that I was some kind of foundling." Whoa. We thought so, too.

7. How she bets on winning horses: "My grandfather had an old gardener called Bert Matheson, and he taught me how to pick winners, and it kind of works! It's very strange. I mean, it doesn't always work, of course. It's got something to do with the form, and there's a certain amount of knowledge about particular horses, but it really is not that. It's to do with, um, just looking at the horses in the ring and asking whether they're gonna win or not! Basically, I mean."

9. She wants to enter her town's salad-on-a-plate competition, which she describes as, "It's salad! On a plate! I think you have to grow the items. But then you have to present them nicely, too."

11. An actual email from Tilda reads:

please send me a message in a bottle or tied to a pigeon or even to the neck of my white hen, speckled jim, who disappears every night and i think must live nearer your windows tonight than ours..

A follow up to that email has the subject line, "If you see her, send her home," and contains an image of Speckled Jim, who Baron describes as "a gender-confused white hen with a red beak, roaming the green, green Scottish grass, whereabouts currently unknown."