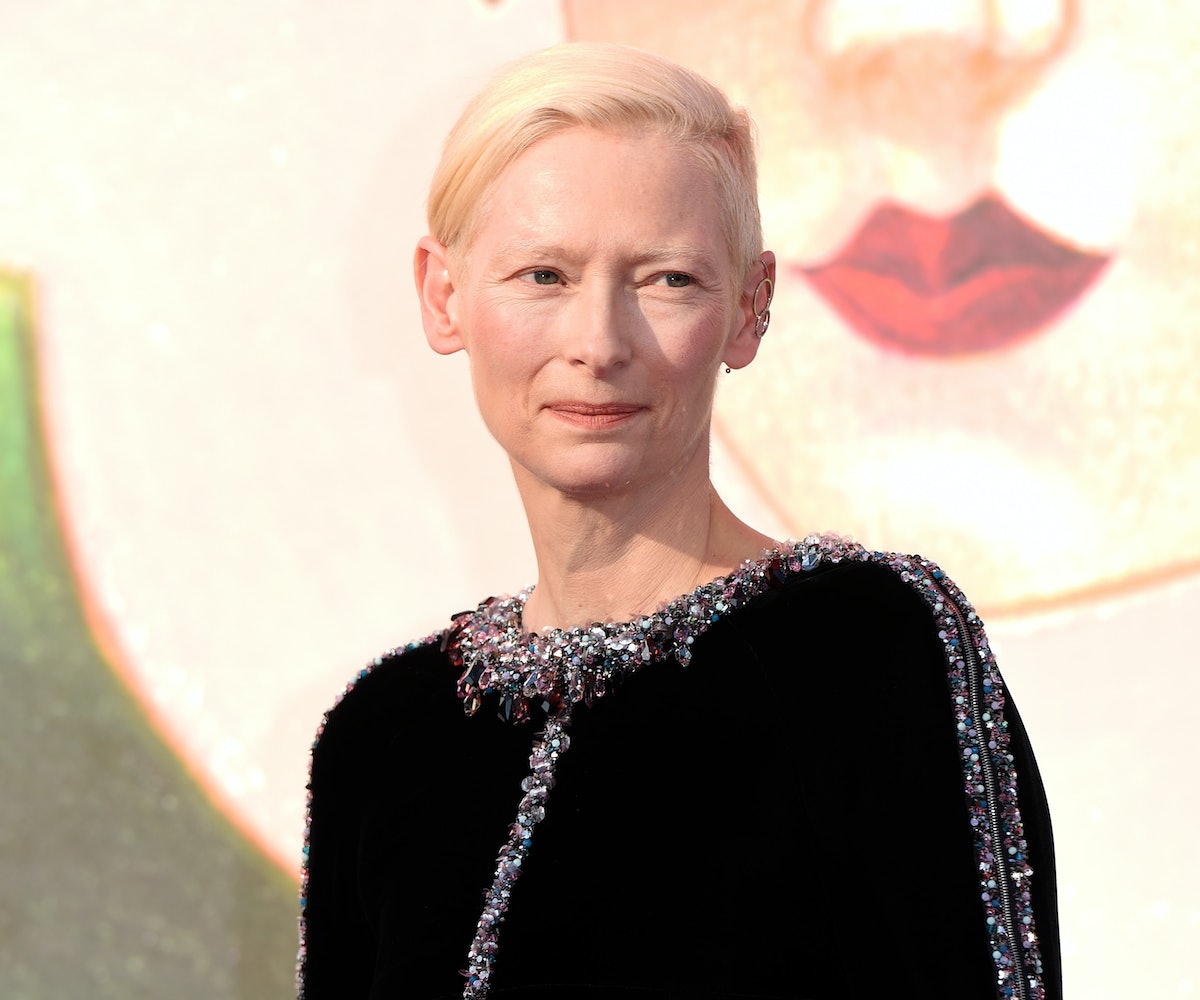 On Wednesday, it was revealed that Tilda Swinton played not one, but two, roles in Luca Guadagnino’s Suspiria. In an interview with the New York Times, Swinton and Guadagnino confirmed that Lutz Ebersdorf, the actor credited for the role of Dr. Klemperer, was actually Swinton in heavy makeup. What's more, Swinton requested prosthetic genitalia be created for this role.

“She did have us make a penis and balls,” Mark Coulier, the makeup artist for the film, told the Times. “She had this nice, weighty set of genitalia so that she could feel it dangling between her legs, and she managed to get it out on set on a couple of occasions.” Now that’s what we call method acting.

In addition to the physical changes, which there were many of, Swinton also wrote a fake IMDb profile for Ebersdorf to keep her second character a secret. Her hope was that no one would find out: “My original idea was that Lutz would die during the edit, and his ‘In Memoriam’ be the final credit in the film.”

There was, however, a reason behind her tackling the role of a man in the film. Guadagnino told the Times that Suspiria is a “movie about female identity,” and casting Swinton as Dr. Klemperer, the only significant male role in the film, ensured that “there will always be this element of femininity at its core.” He continued, saying, “Being a film about the fantastic, it was important that we did not play by the book.”

Swinton echoed that it was important for the role to be played by a woman. “Klemperer is inhabited by the phantasm of his lost wife,” Swinton said of the character. “He is, in this crucial respect, ‘played’ by a woman. She dictates the rhythm of his life in the everyday texture of his bereaved loneliness.”

Apparently, Swinton’s prosthetic package is still out there, but Coulier doesn’t know quite where. “Probably in a box somewhere!” he told the Times. “I should try and find it, and put it on a plaque on the wall of my workshop.”