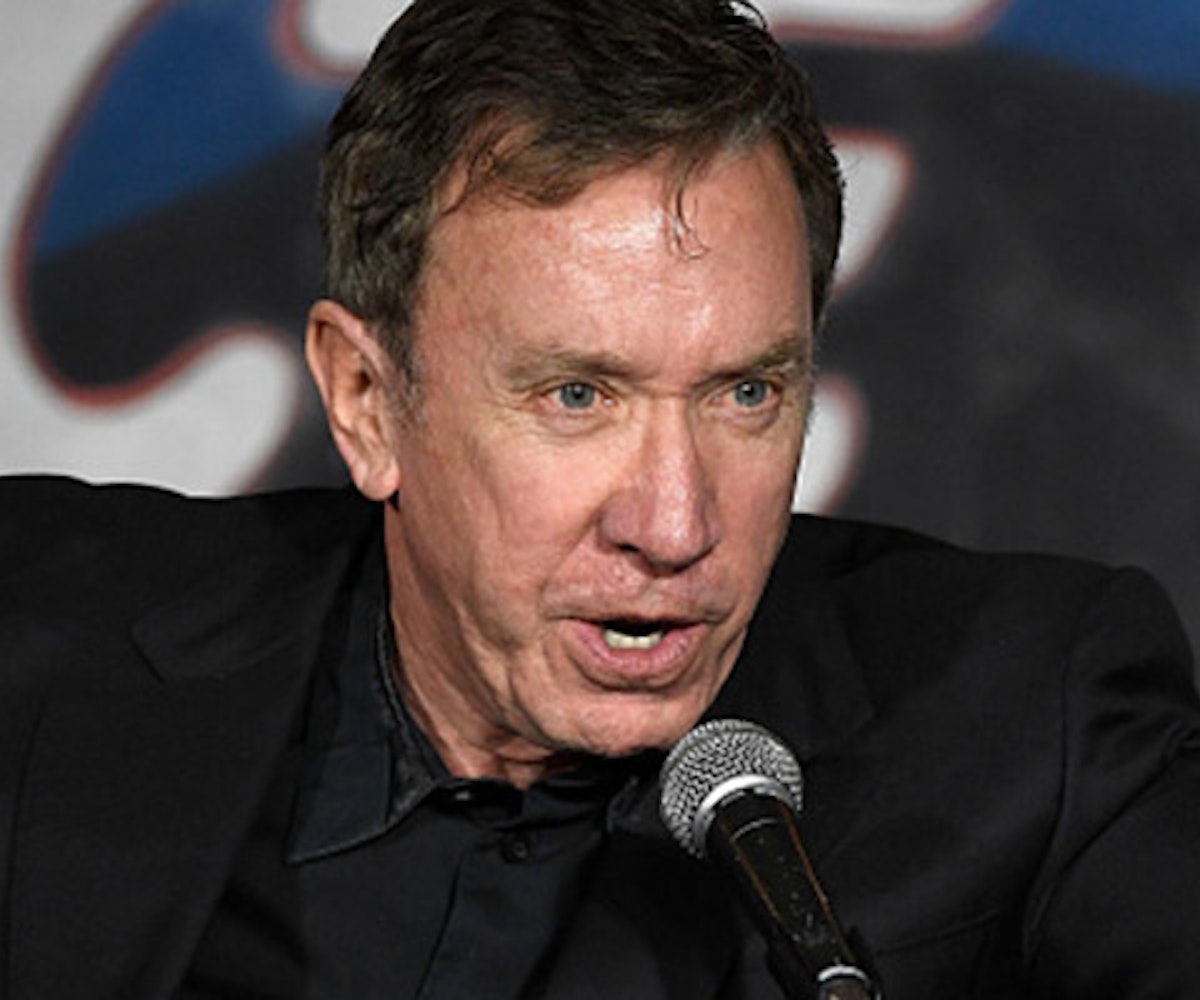 Tim Allen and other celebrities you haven't wondered about in a really long time have decided to come together to produce a new docudrama, No Safe Spaces. The film will supposedly "take down PC culture," particularly on college campuses. Can't wait.

“Nothing kills comedy quite like people who are constantly offended,” comedian and former Man Show host Adam Carolla, who's working with Allen and conservative radio host Dennis Prager on the film, told the New York Post. “It’s impossible to be funny if we’re not allowed to poke fun at each other and that’s what’s happening with a new generation of people who seem to be offended for a living.”

Or, perhaps, Allen and Carolla just aren't able to come up with jokes that don't depend on stereotypes? Could be.

In a video posted on the film's Indiegogo page, Carolla says he doesn't understand "why we focus on skin color, gender, sexual proclivity." He asks, "What's that got to do with anything?" This is apparently why he and Prager are hitting the road to visit college campuses and share their "wisdom."

What's more, the description states this: "Adam and Dennis will show you how so many terrible, horrible, no good, very bad ideas have ruined college for young people and now threaten to ruin the country by creating a nation of precious snowflakes who melt when they encounter an idea that they disagree with." According to Corolla, "there will be no campus safe" from the two elderly white men's controversial ideas.

Allen, who once compared being a conservative in Hollywood to 1930s Germany, signed on to the project after his show, Last Man Standing, was canceled. He claims the show was nixed because of his politics.

I'm sure the No Safe Spaces audiences will be a very fun and diverse bunch.

NEXT UP
Entertainment
Lindsay Lohan Teases Her Return To Film, 'Falling For Christmas'
Entertainment
Paramore's "This Is Why" & 9 Other New Songs Out This Week
Fashion
FKA Twigs and Ethel Cain Are Now Miu Miu Models
Fashion
Julia Fox Took Street Style To A New Level This Fashion Month