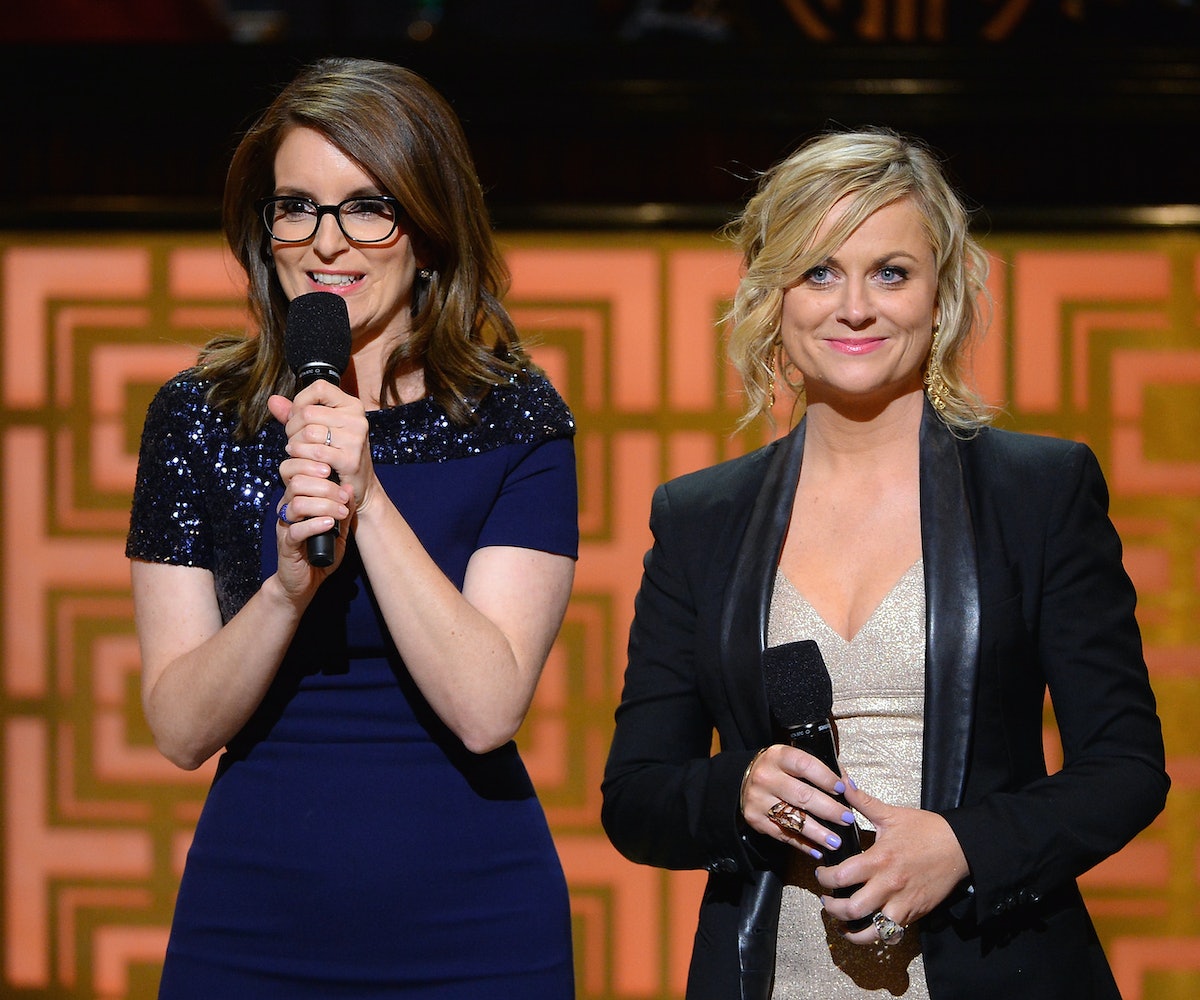 SNL is closing 2015 with a splash. The show has just announced the hosts for the final three shows of the year, and if they're trying to wipe away the stench of Donald Trump, this should do the trick. Amy Poehler and Tina Fey will be hosting the final show of the year together on December 19 with musical guest Bruce Springsteen. The week before that, Chris Hemsworth will clench his jaw and flex his biceps in studio 8H with musical guest Chance the Rapper, and on December 5, Ryan Gosling will be live from New York for the first time in his career, alongside the soulful stylings of Leon Bridges.

A quick google search did not reveal if Fey and Poehler's stint will mark the first time two hosts shared the SNL stage, although we can't remember another instance of this happening. Either way, that is going to be such a good show.

NEXT UP
Entertainment
Emma Chamberlain Is Officially Moving to Spotify On February 23 (Exclusive)
Culture
6 Shows To Binge Once You've Finished 'The White Lotus'
Beauty
Otherland’s New Candle Collection Is A Sensory Time Capsule Of The ’90s
Fashion
The Wildest Front-Row Looks From Couture Week In Paris
Style + Culture, delivered straight to your inbox.