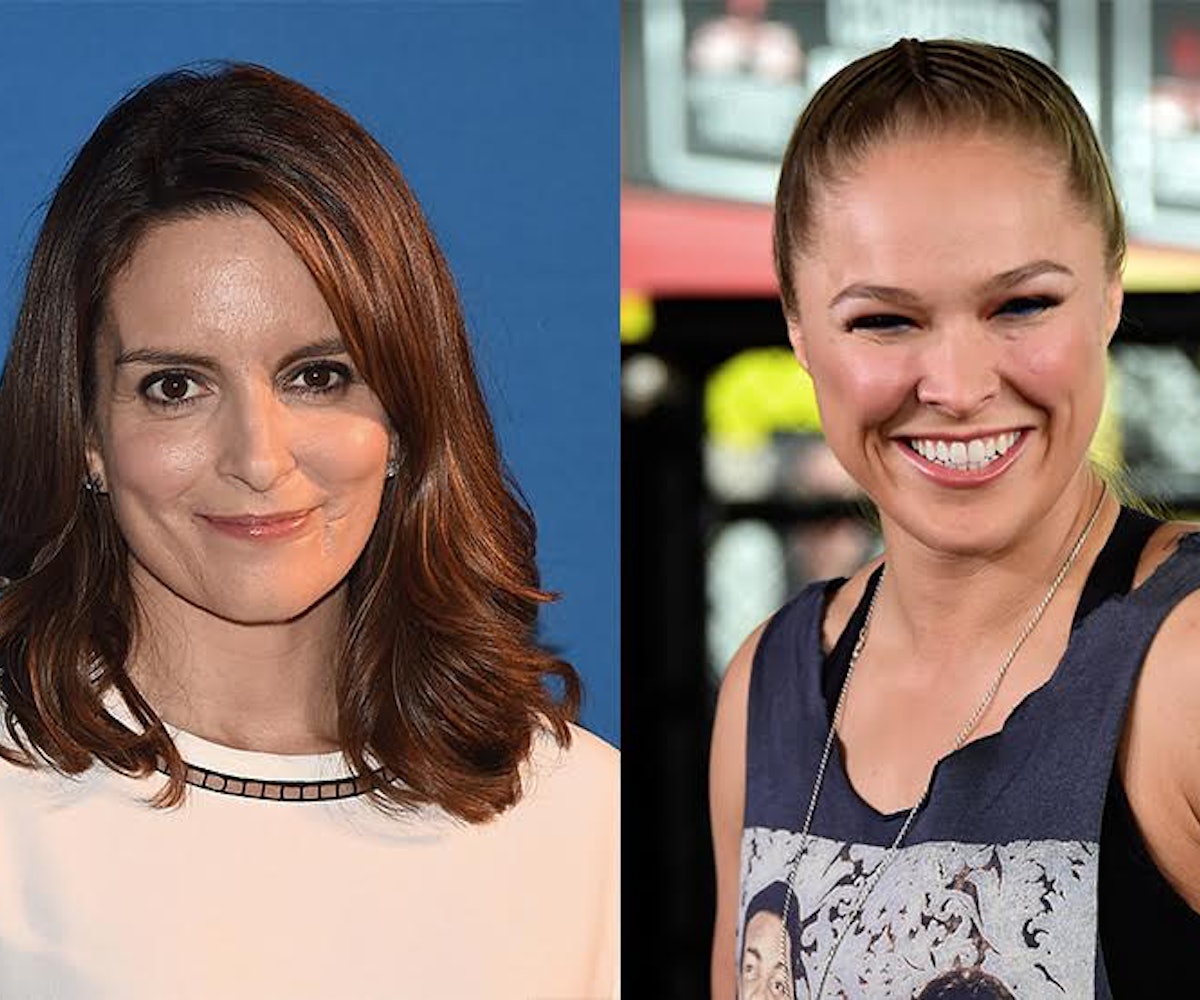 Look out, Amy. After firmly establishing themselves as on- (and off-) screen BFFs, Tina Fey is temporarily breaking up the dynamic duo she's formed with Amy Poehler to work with a woman just as fierce. According to Variety, Fey is set to star opposite Ronda Rousey in a new comedy called Do Nothing Bitches. Anyone familiar with the UFC star will recognize the film's title from Rousey's iconic speech, in which she describes a "Do Nothing Bitch" as "the kind of chick that just tries to be pretty and be taken care of by someone else."

As Rousey tells it, Fey was so enamored by her words—which also asserted that her body was "developed for a purpose other than f*cking millionaires"—she contacted the star about making a movie together. The film, written by Sisters scribe Paula Pell, will be about "wealthy pampered wives who get a rude awakening at a camp where Rousey plays the no-nonsense instructor," Variety reports.

The news is just the latest step in Rousey's swift ascent in Hollywood. She's already been tapped to star in a Road House remake, and on January 23, she'll flex her comedic chops when she hosts Saturday Night Live. Here's hoping she's a knockout. (See what we did there?)