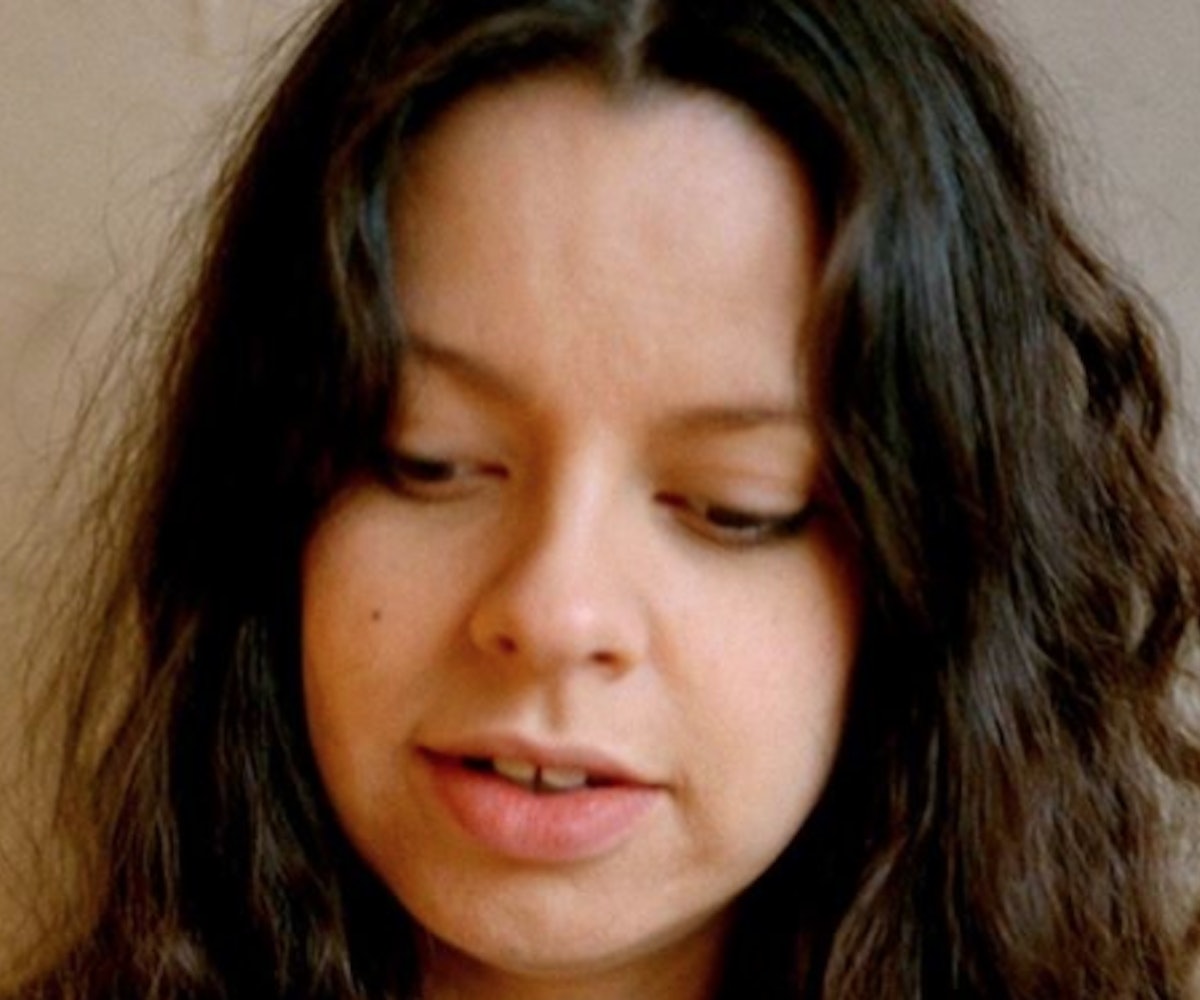 Soft-spoken, idealistic, but, above all, brutally honest, Tirzah Mastin's take on what goes into her work is refreshingly simple. "It's really just a matter of trying to be sincere," she says, before explaining that her aim with her forthcoming record, Devotion, was to create something that could touch every single person via its focus on the most universal of topics: love.

Sincerity is of the utmost importance to the South London-based singer, who rose to prominence in 2013 thanks to her scruffy, left-field dance-pop productions, which she made in collaboration with Micachu and the Shapes’ Mica Levi. Known mononymously as Tirzah, she’s spent the past five years as an underground dance darling—championed by avant-pop music aficionados for her simple, soulful singing style.

And though the rest of the world—especially in the left-field pop niche—seems hell-bent on giving every single aspect of their art "deeper meaning," Tirzah is less than impressed with trying to disingenuously assign political meaning to her work, saying she only wants to speak on things about which she has firsthand knowledge and experience: “I wouldn't want to write anything else unless I really, really felt it."

So following the birth of her daughter, it only makes sense that the topic of love would be on Tirzah's brain. The result? Devotion, a woozy, introspective, and breathtakingly candid debut that serves as a testament to the power of human connection, sans pretense or performative rhetoric.

"It shouldn't be discredited just because it is love. It's very human," she says. "I think I just wouldn't want to bring anything else into [my work] that is political if it wasn't really honest."

Read our Q&A with her, below.

Why was the idea of love compelling to you? After all, it’s a topic that almost every artist has tried to tackle at one point.

I think it just came about like that, really. We thought, Wait a minute. We've got loads of love songs, and we just need to make a straight-up kind of love song album.

So it was an unintentional concept album?

Oh, yeah. It made itself in a way. We didn't decide on it before it already happened in a way. Because the recording time just spanned years and years, it was really just pulling together all that material.

There must have been a ton of material to choose from then. How did you go about picking which songs you'd include?

There was quite a lot of back and forth because you think about a ton of things. In the end, we basically just had to pick the songs [individually and] just stand by each one—to be happy with each one that we chose. Then, try and find an order to put those in [that made sense], rather than thinking of it as a whole thing.

With this album, did you try to revamp the notion of the traditional love song at all?

You made this record with the help of your close collaborator Mica Levi, [fellow musician] Kwes, and his brother. Was keeping it an intimate, friends-only affair deliberate?

I think we just naturally wanted to involve people who were close to us, and both [Kwes and his brother, Coby Sey] just happened to be really great musicians. The people here are close to us and stuff, but [it was more a matter of] timing. And with projects like this, you tend to go with the flow and see what happens. That was what we managed to do. They're great friends to us and great musicians, so it was a no-brainer.

On that note, is there something to be said about platonic love on this record? Does that figure into what you wrote at all?

Not especially. It just came out as it did. But I think [that idea] is also totally there for others to interpret. It's like a mixed bag of different relationships—both romantic and [platonic]. So, not especially, but yes and no.

A lot of these songs feel personal. Was it scary baring your soul for everyone to hear?

Speaking for myself, you're in the safe space of a room with you and your mate, and you're making music. You don't see it as a platform until you've put it out there, and then have to stand by what you've done.

I guess I didn't really realize [it would turn into this]. I can go into a bit of a hole. Mica will just be like, "Maybe, just sort of stand up and be a bit louder." But when you're doing it there and then, you're not really thinking about [what it could turn into]. It's only when you've handed it over to share it with everyone that you realize you have put a bit of yourself out there. It is what it is, though.

I've noticed a lot of interviewers have tried to ask you about your politics and how that played into the making of the record, but I know you've said that it's a record that's totally separate from that. Why make the conscious decision to do that?

Devotion is out August 10 via Domino Records.