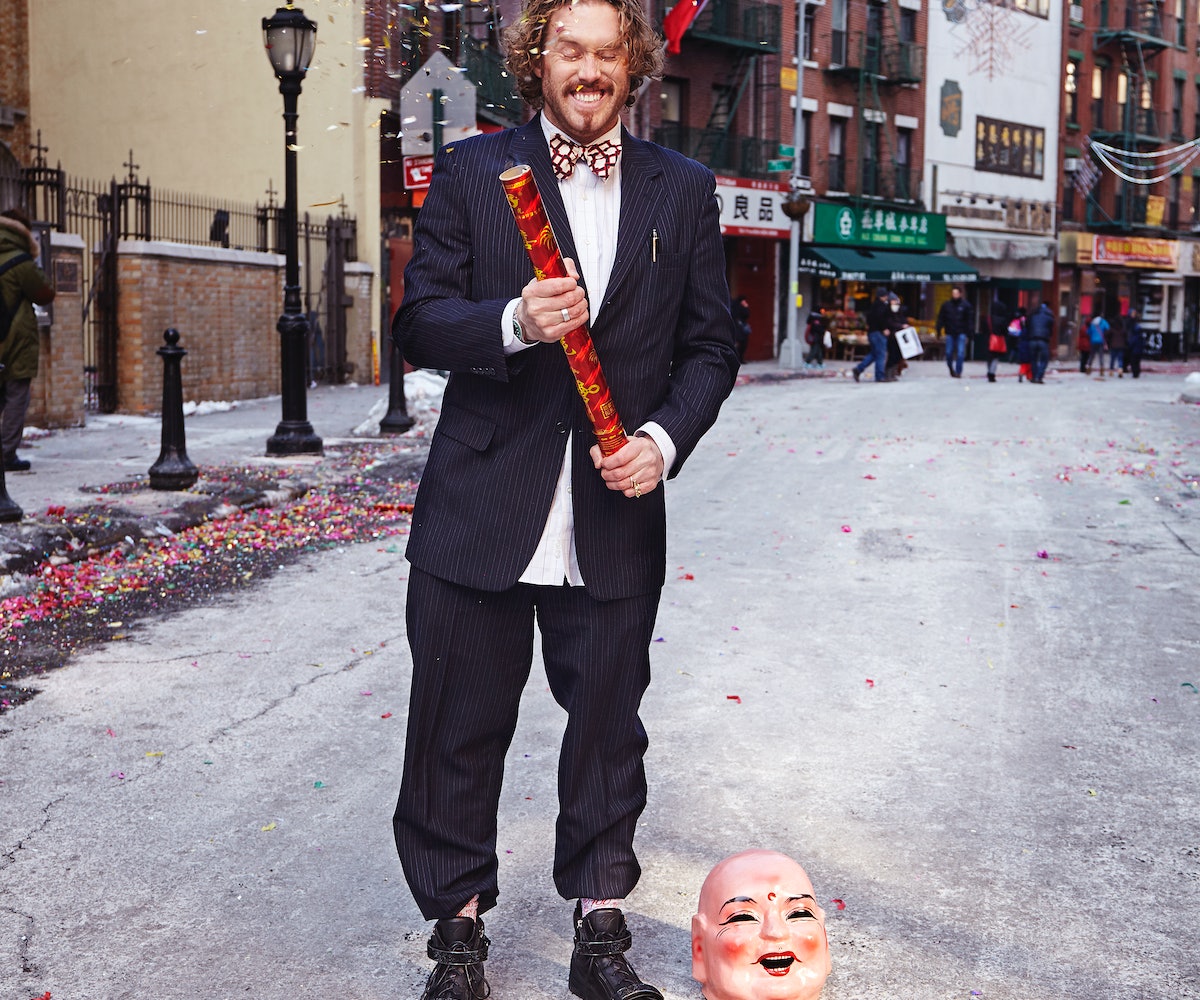 You might know T.J. Miller as shaggy-headed tech libertine Erlich Bachman on Silicon Valley (which premiered its second season last night), as the amateur documentarian behind the camera in Cloverfield, or even as the earnest park ranger in Yogi Bear (or from the time he stopped by NYLON to make an adorable video with a dog). Regardless of how you know him, you know him. Over the past few years, Miller’s made himself ubiquitous in a string of hilarious supporting roles that showcase his razor-sharp take on brawny, absurdist comedy. “My idea is quantity over quality,” he says self-deprecatingly when we sit down at the NYLON office. “I’m trying to oversaturate the market.” Here, he discusses this approach, as well as why Silicon Valley emulates the American dream.

When the new season of Silicon Valley kicks off, what's changed for Erlich?

The facial hair is much more detailed, pronounced, meticulously cared for. Now that he’s got a little more money, there might be some more swagger. There really is a kind of American-dream, rags-to-riches narrative to Silicon Valley. We’ve come up with the algorithm but the question now is: Who do we get the funding from? Who can we trust? We know what happens in real life: Google and Facebook just buy all these little things. They crush ’em and sue ’em or patent something before they can. We only have an algorithm. We don’t even have anything to sell yet, which is how I feel about myself in Hollywood. My valuation is very high, but I have nothing to sell you. I have yet to turn a profit.

Though you started as a stand-up act, you've become more prolific as an actor. Do you wish the ratios were reversed?

Yeah, absolutely. I would rather do stand-up than a mediocre-to-terrible, R-rated wedding comedy. Not that I wouldn’t do that. I did Yogi Bear 3-D, which was sort of the zenith of my career. It’s all downhill from that point, and that was 2010. I like doing all this stuff because it’s all comedy and it helps us find an escape from the tragedy that permeates everyday life.

I think I saw you in a handful of movies before I knew your name. You were everywhere!

The weird thing right now is there’s no cultural zeitgeist. People are consuming so much from so many different places. I’m trying to do the same thing all the time, which is make people laugh. But it’s becoming much more of a business proposition—if I can be more present in American comedy culture, then all these studios, production companies, whatever, feel a little more comfortable saying to me, “OK, you can do this thing”. Then I can do something like the Gorburger pilot at HBO. Gorburger is a very strange thing— a really excitable, life-size puppet of a blue alien that took over a Japanese morning show to interview pop-culture icons and indie-rock bands. It’s like Triumph the Insult Comic Dog, but he’s really positive and excited about the human race. It’s a great opportunity to tell a generation of cynics that being cynical might not be the best way to approach life. But for HBO to do that, I need to be on Silicon Valley.

What do you and your comedian friends talk about?

We talk about death a little more lately. It’s going to be a lot of talk about death and meaning because religion is sort of starting to drift away as being less relevant than it ever has. It leaves this really big question that everybody’s been ignoring or trying to blindly find faith in something that helps extinguish the concern. So I think that’s what stand-up’s going to be about. But on Silicon Valley it’s a lot of those guys talking about Magic: The Gathering, and Thomas Middleditch talking about veganism, and being a flexitarian. So, it just depends on what day you catch me.