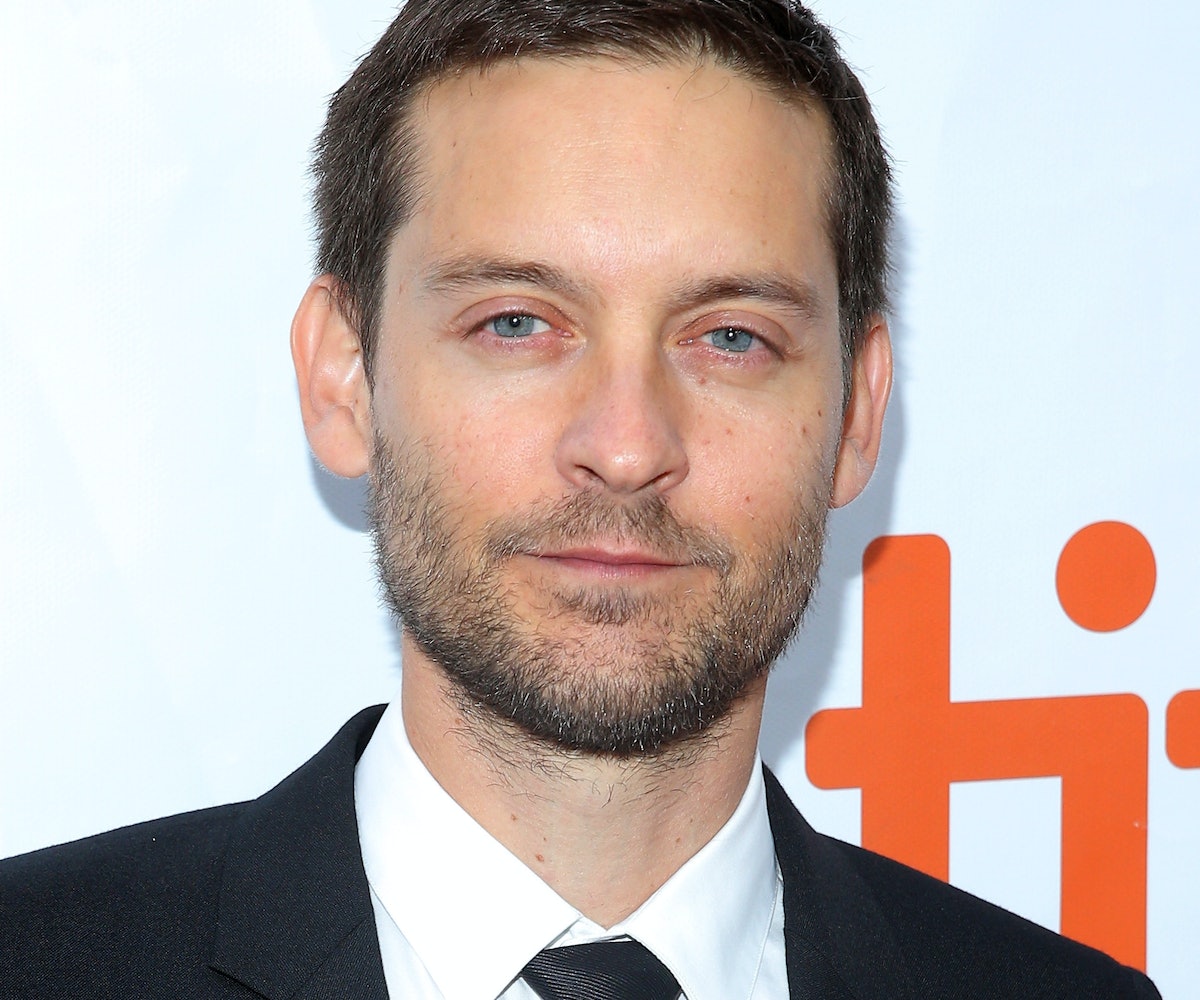 Since hanging up his Spidey suit, Tobey Maguire has made the conscious decision to only star in movies he's passionate about. That's led to only four big-screen appearances since 2007's Spider-man 3, but Maguire can afford to be choosy—his three Spider-man movies have grossed over 2 billion dollars worldwide. His latest project, Pawn Sacrifice, finds him in the role of Bobby Fischer, the infamous chess Grandmaster whose unparalleled ability drove the child prodigy to success and ultimately madness. Edward Zwick’s tightly strung drama, which focuses on the build up to Fischer's famous match against Russian champion Boris Spassky allows Maguire the freedom to slip inside the troubled headspace of Fischer. We caught up with him to discuss his latest role, the pain of working on a project you don't enjoy, and the price of being famous.

With Pawn Sacrifice, did you set out to make the definitive Bobby Fischer film?

Well, it’s not a kind of biopic that covers Bobby Fischer’s life; it’s a film that has a sports movie structure and only covers a portion of Bobby’s life. I just thought it was a fascinating story. He’s a really complex and interesting character at the center of this. The competition between Fischer and Boris Spassky is set against the Cold War in the early '70s, with Fischer as a kid from Brooklyn going up against the Russians. I think it captured a lot of peoples’ attention. Somebody was describing it similar to a western; I see it as a little more of a sports movie. But that’s the sort of spine of the movie, and it’s compelling mostly because of the time and the political environment.

Early in the film Fischer is yelling about how he’s been preparing to be the world champion his whole life, that he essentially cares about nothing else in the world. Have you ever felt similarly passionate and obsessive about something in your life?

I certainly have had great desires in life, but Bobby’s focus is way more singular and myopic than mine. I’ve always been interested in more than one thing, and Bobby seems pretty singular in his pursuit.

Has there been something that you’ve tried to do in your career that you haven’t been able to?

It’s always difficult to find projects that I want to get involved in, so that’s a continuous challenge.

It’s a lot of commitment for me and it’s a big investment, or the sense of the investment is really big. When you’re working with people you like and stories you like, then no matter how difficult it is, there’s a kind of excitement and passion for what you’re doing. And when it doesn’t work out that way, where you’re not in love with the story—I don’t want to say “in love”—but when you’re not interested, constantly interested, and curious to keep digging and pushing, then it’s just painful and not as much fun. So I try to avoid that.

When has it been painful for you?

There have been many times. I don’t know that I’d say that there’s any one project that I would point to, but there were periods on different projects that I’ve done, and a lot of them can have moments of pain and challenge, but as long as I maintain interest, then that commitment is natural, it’s sort of built in because I’m willing to go through that pain in order to realize what it is we’re trying to do. It’s when you don’t believe in it and it’s difficult and painful, then you just feel, “Why am I doing this? I don’t want to do it, but I’ve committed to something and I’m going to see it through to the best of my ability.” Look, we’ve all had that, where it just doesn’t feel like the reward is worth it.

A lot of the movie revolves around Fischer's paranoia, which is found in his aversion to the press. As a celebrity, do you ever feel you're being publicly exploited?

I can’t say that I like the fact that there are certain segments of the media that are selling gossipy stories or scrutinizing the details of somebody’s life.

They profit from the pain of others.

And I understand it, and I guess luckily for me, I’m not that controversial a figure or do anything too fascinating in that way, so it’s hard for them to find things about me. But I don’t know, it’s the price of fame, and you know it. You just do your best to accept it and work around it.

Is there somewhere you want to go in your career that you haven’t?

I’m very eager and excited to find new challenges. And I don’t know exactly what that looks like, but I like the unknown.