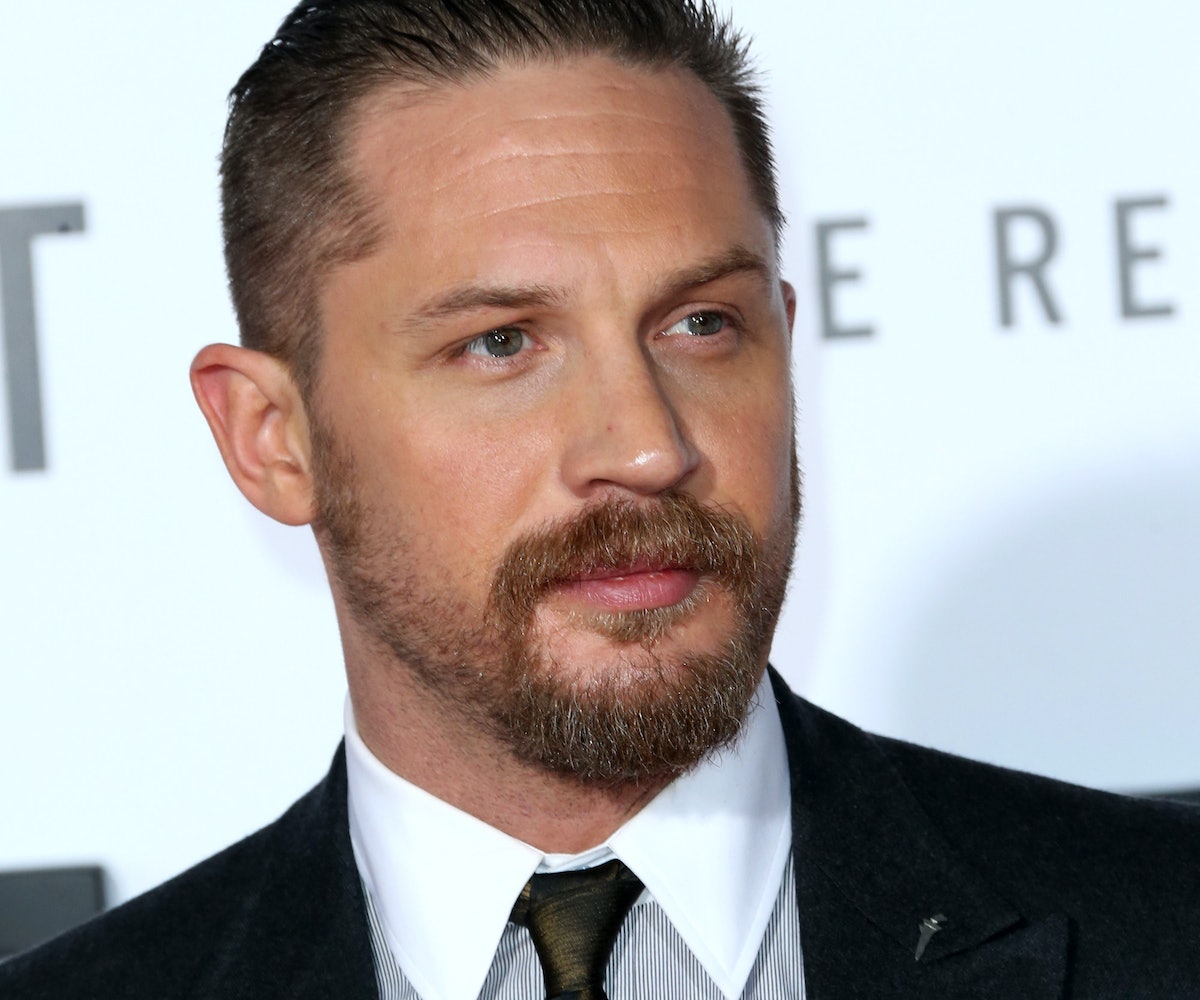 Never one to let a journalist get the last word, Tom Hardy has fired back at the critic who called him an "asshole" in a Twitter rant that went viral last week. After his interview with Hardy was cancelled during the press junket for The Revenant, Hitfix's Drew McWeeny called Hardy a "spoiled baby" and accused him of making publicists cry. "I'll say it: Tom Hardy should stop doing junkets," McWeeny wrote. "He's terrible at them, and he makes it impossible for anyone to do their jobs. Fuck him."

In an open letter posted on his website, Hardy does his best to clear the air, writing that the whole thing was one giant miscommunication. As someone who's done many of these junkets can attest, there are a lot of moving parts, and things rarely go as planned. According to Hardy, he was never made aware that a journalist was waiting, and insists that he personally didn't cancel any interviews.

The whole letter is a perfect exercise in passive aggressiveness, as it fluctuates between icy threat ("Resisting the urge to dare you to say what you “rant tweeted” so publicly, to my face next time we meet, which I doubt you have the balls to do") to friendly apology ("I appreciate it is a busy time of year for you and your time shouldn’t have been wasted").

McWeeny has yet to respond, which isn't necessarily his fault. It's not easy typing with one's tail lodged firmly between their legs. Read Hardy's full letter below.

Thankyou for your email offering to retract your misdirected anger. I apologise for any part of you having to wait for an interview and then not get one. The truth is we (as I was paired for all interviews that day) were unaware that ANYBODY was waiting. Or even went without a TV interview. Someone somewhere must have thought putting it on me was a lot easier than losing their journalist relations for the ongoing junkets and multiple movies that are pending. I wish I would have napped to be honest.

One note to make is that per Fox, they said they “never actually told (you) that the interview was cancelled, simply that they were running behind schedule.” They also said that “Drew chose not to wait and left. Had he stayed, he would have gotten his interview as planned.”

Fuck.. Plot thickens … Who knows what to trust my friend, but I do know the cancellation was definitely not made by myself.

Resisting the urge to dare you to say what you “rant tweeted” so publicly, to my face next time we meet, which I doubt you have the balls to do; I want to apologise regardless on behalf of those that misled the both of us. That isn’t cool. At all. Neither were your tweets. But that’s by the by.

I appreciate your apology of sorts in your emails to and fro which I am happy to openly post. Also as I hope you understand now and which you’ve made very clear in our emails back and forth, your legitimate frustration lies with those who organised the junket; who fed you and I misinformation; not me.

Again apologies for the clusterfk. And it’s knock on effect to your personal life. I appreciate it is a busy time of year for you and your time shouldn’t have been wasted. I never had any intention of causing you any inconveniences at all.

Best regards and thanks for calling me an asshole a lot