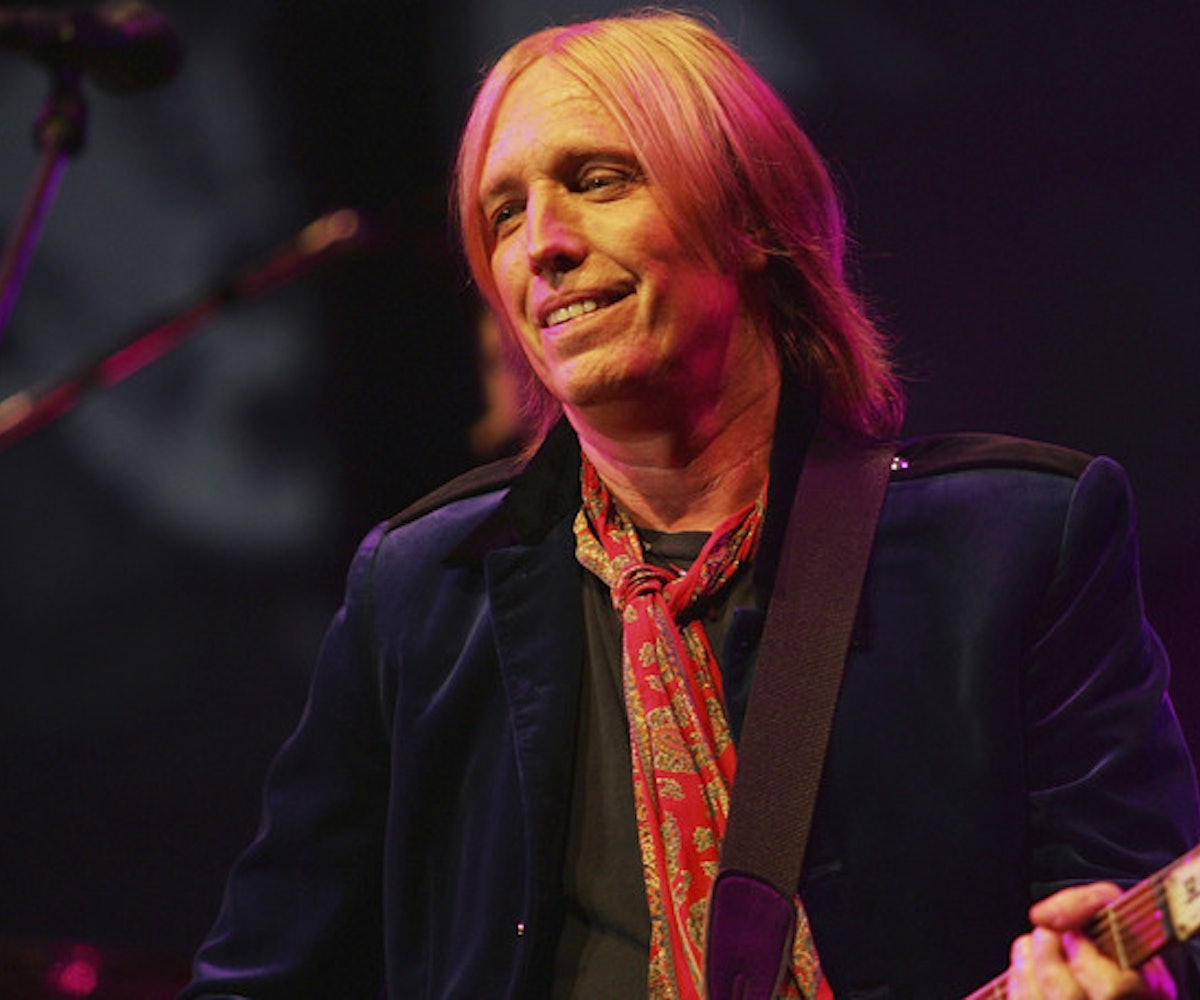 Update 10/03/17 8am: It has been confirmed by Petty's manager, Tony Dimitriades, that Petty passed away at 8:40pm PT on Monday "surrounded by family, his bandmates and friends."

Update 10/02/17 5:15pm: According to TMZ, Petty is still "clinging to life." He has been taken off of life support and "is not expected to live throughout the day," the report reads. Information the LAPD received was "inadvertently provided to some media sources." We will update this story as more information comes in.

Late this afternoon, TMZ reported that the Heartbreakers lead was found unconscious after going into cardiac arrest. The artist reportedly suffered a heart attack Sunday night and was taken to a local hospital and put on life support. And, just now, the Los Angeles Police confirmed to CBS that Petty has indeed died. He was 66.

Petty and the Heartbreakers just wrapped up a 40th-anniversary summer tour. The singer canceled a couple of shows for health reasons—specifically laryngitis—but managed to keep playing. He told Rolling Stone that it was intended to be his “last trip around the country.” We hope it was a beautiful one.

It’s been a heavy 24 hours. The world woke up to news about a terrorist attack in Las Vegas. Then, our government attempted to assuage our grief with thoughts and prayers, when what we really need is gun control. And now, this.

Petty and his music will be sorely missed.