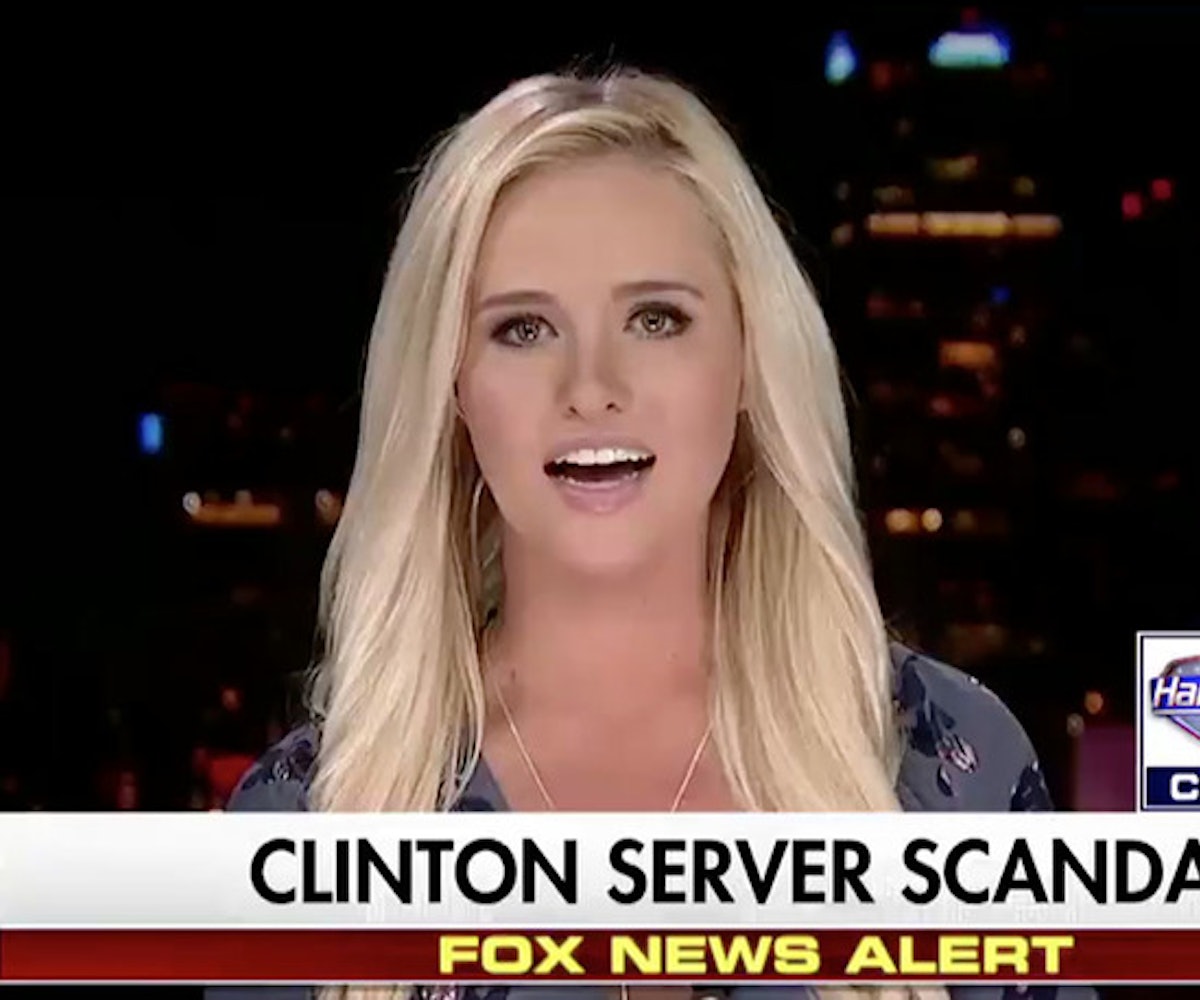 During her first day at Fox News, while our country is in the middle of a devastating natural disaster, Tomi Lahren chose to talk about Hillary Clinton's emails. After saying she has some friends who've spent time in Benghazi who would really like to know what was inside those deleted emails, she says, "How 'bout we make a deal? When the mainstream media stops covering Russia day in and day out, maybe we can drop the Hillary email scandal."

She was, essentially, saying they didn't really care what was in Clinton's emails, but they'll keep pretending to, so long as the mainstream media keeps reporting stories that make them look bad.

"Tfw you accidentally admit [that] your employer is fake news on your first day at work," someone wrote.

Lahren, like Trump, is a big fan of "whataboutism." They genuinely justify doing awful things simply because other people have.

Listen to her admit she works for a trash company below.