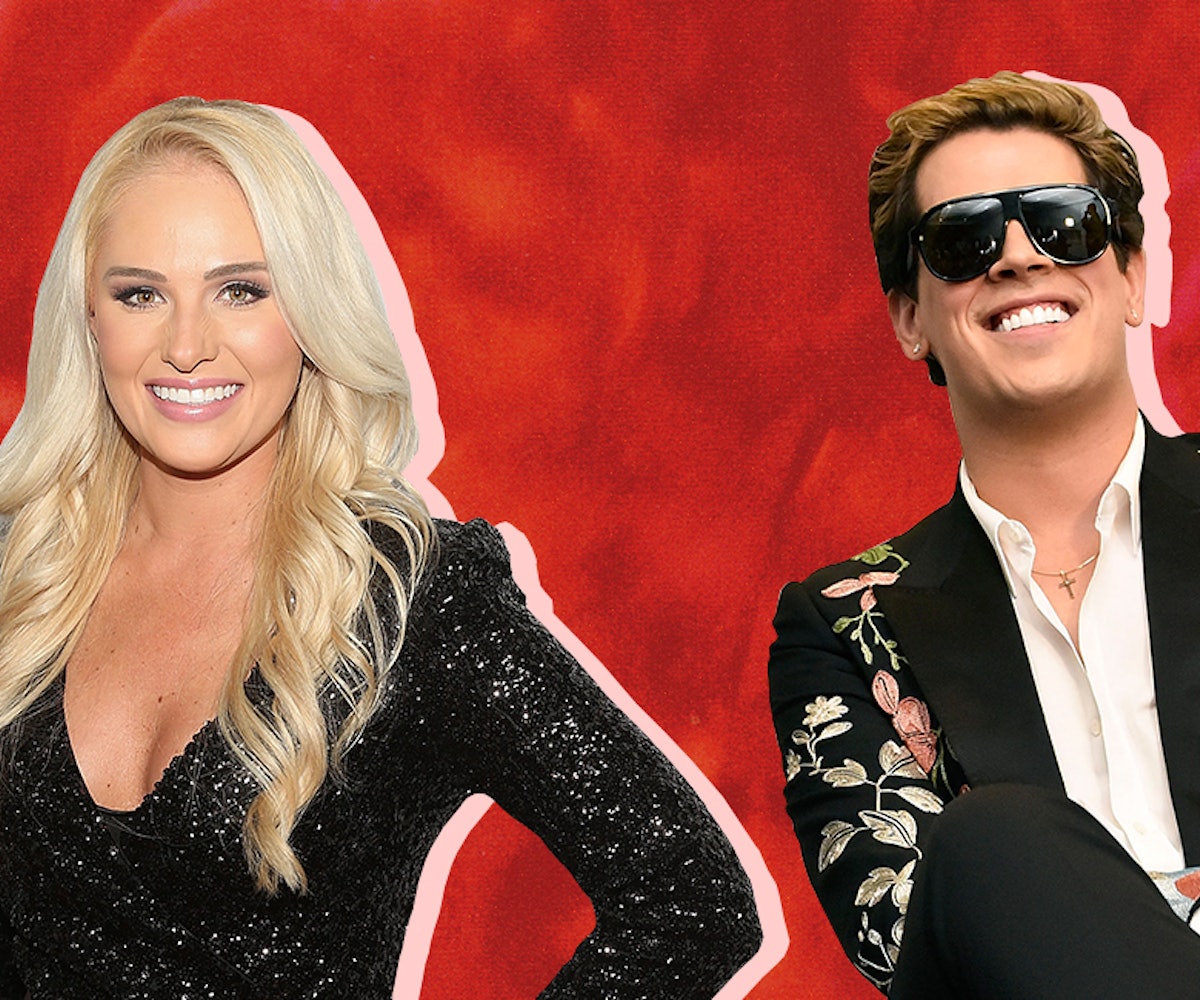 Earlier this week, news broke that an anti-abortion movie called Roe v. Wade is currently filming in New Orleans. Centered on the landmark 1973 Supreme Court decision that recognized a woman's right to abortion as implicit in her right to privacy, the secretive film has a "pro-life tilt" and stars a number of notable conservative celebrities including Stacey Dash, Robert Davi, and Jon Voight (okay, so the word "celebrities" is being applied very broadly here), according to The Hollywood Reporter.

And now, The Daily Beast is reporting that right-wing trolls Tomi Lahren and Milo Yiannopoulos are also appearing in the film, though the casting has apparently been kept a secret from most people involved with the project.

"There aren’t even pictures up of them in the production office,” a source told the publication. “Somebody requested that no pictures of them be up.” However, The Daily Beast was able to figure out that Lahren is playing Sally Blackmun, "the daughter of Supreme Court Justice Harry Blackmun, who volunteered for Planned Parenthood and challenged her father’s opinion" (though Lahren has said that she is pro-choice). Yiannopoulos is reportedly playing Dr. David Sopher, "a British abortion doctor who performed 32 abortions between 9 a.m. and 2 p.m."

Helmed by Cathy Allyn and Nick Loeb—a business heir known for his well-publicized legal battle with his ex-wife Sofia Vergara over their frozen embryos—the project has apparently had trouble holding onto crew members, per The Daily Beast. According to the publication, the project apparently includes "several graphic scenes depicting aborted fetuses" and has been "misrepresented" by the filmmakers in order to secure filming locations.

“Tulane University has been the only main [location] where we started shooting there and then they found out what the movie was about and kicked us out,” a crew member told The Daily Beast. “There are other locations where they’ve just said no. The whole attitude on the project has been, ‘Don’t tell anyone any more than you have to tell them.’” Sources also told them that it seems the cast and crew of Roe v. Wade have been deliberately mislead by the project's premise, with many quitting once they actually read the script—a trend that has led the filmmakers to allegedly not send out scripts and then change "lines and scenes before they shoot."

“I don’t think there’s a single crew member that thinks, ‘Oh, this is a great idea for a movie,’" one source on set told the publication. "It’s just being treated as another job, but nobody really wants to go to work the next day. It’s summertime and people need work. A lot of people have quit, a lot of people have been fired. The thing about quitting or being fired is they’d just find another person to do it.”