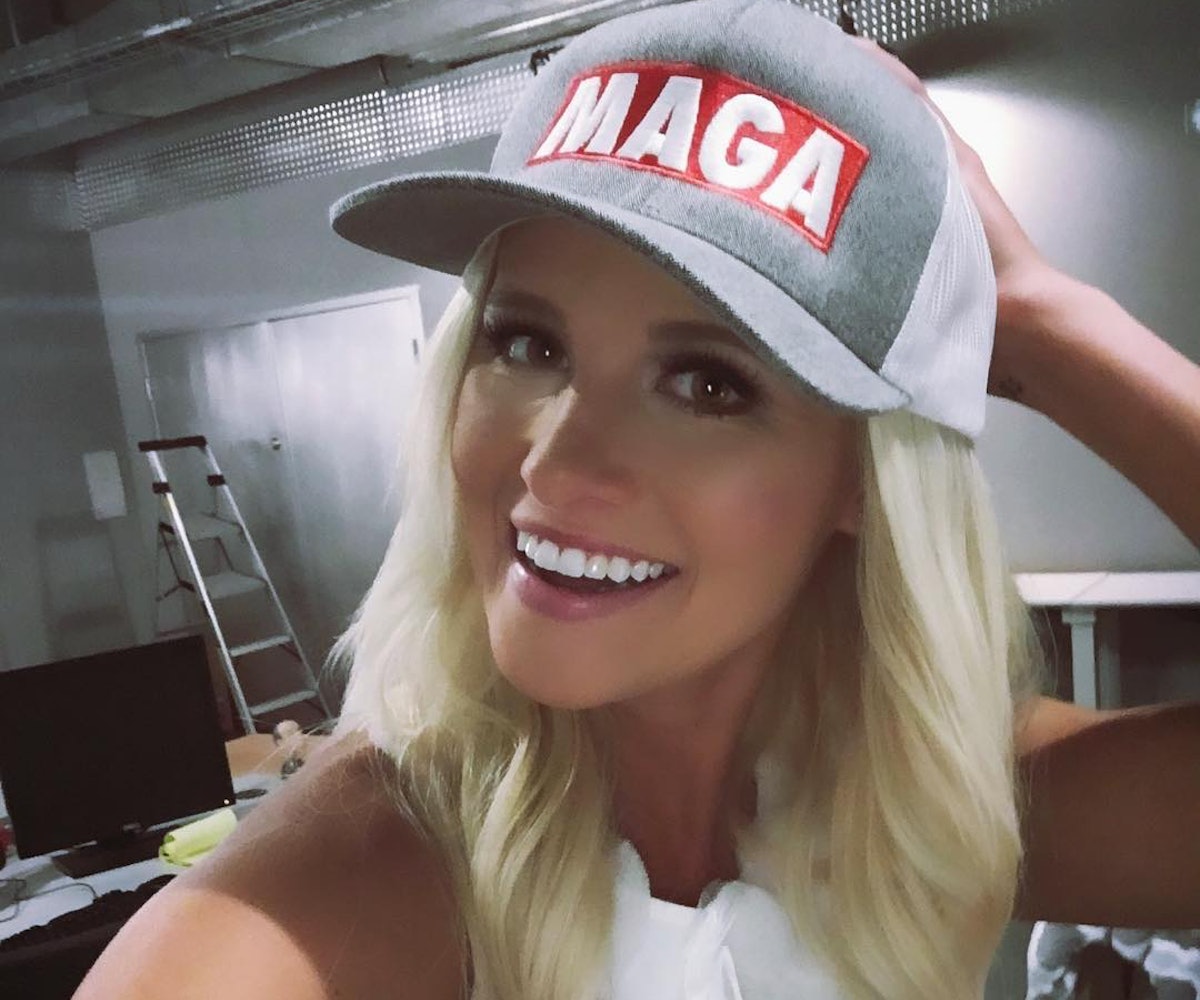 According to Page Six, Tomi Lahren is no longer welcome on Glenn Beck's network, TheBlaze. Sources say that Lahren, who was suspended last week for talking about her pro-abortion rights views, has been permanently nixed from the multi-platform outlet.

Up until now, Lahren was only suspended from TheBlaze, not banned. A Beck associate says, “Glenn is reminding the world of his conservative principles by sidelining Tomi after she insulted conservatives by calling them hypocrites... He’s trying to balance being a leading conservative thinker and also someone who can unify the country... He just couldn’t sit by and watch as Tomi Lahren said there’s no way for conservatives to justify anything other than being pro-choice.”

While this might be Beck trying to appeal to his existing fan base, he's apparently "burned too many bridges" in the process. Though TheBlaze keeps its subscriber count a secret, Jerry Del Colliano, founder of Inside Radio, commented that Beck's talk radio program has slipped in ratings. “Beck has lost his mojo, and TheBlaze helped him lose it,” Del Colliano said.

Founded in 2010, TheBlaze started in Dallas and at one time had 300 employees with an additional office in New York. Now, the staff has been cut in half and the New York office no longer exists.

Though it's easy to blanket hate the polarizing right wing pundit whose inflammatory (and often offensive) rants about “snowflakes” have gone viral, it's also important to remember something else: Lahren appears to be banned from TheBlaze simply for having a differing opinion from traditional Republican ranks. Namely, a woman's right to choose. "You know what? I’m for limited government," she said on The View, "so stay out of my guns, and you can stay out of my body as well.”

Lahren might no longer be welcome at TheBlaze, but chances are her notoriety means she'll be picked up by another outlet in the near future.

NEXT UP
Beauty
King Princess and Quinn Wilson Star In Ralph Lauren’s Valentine’s Day Campaign
Entertainment
Beyoncé Is Now The Most Awarded Artist In Grammy's History
Beauty
The Best Beauty Looks From The 2023 Grammy Awards
Culture
Who Won At The 2023 Grammys
Style + Culture, delivered straight to your inbox.