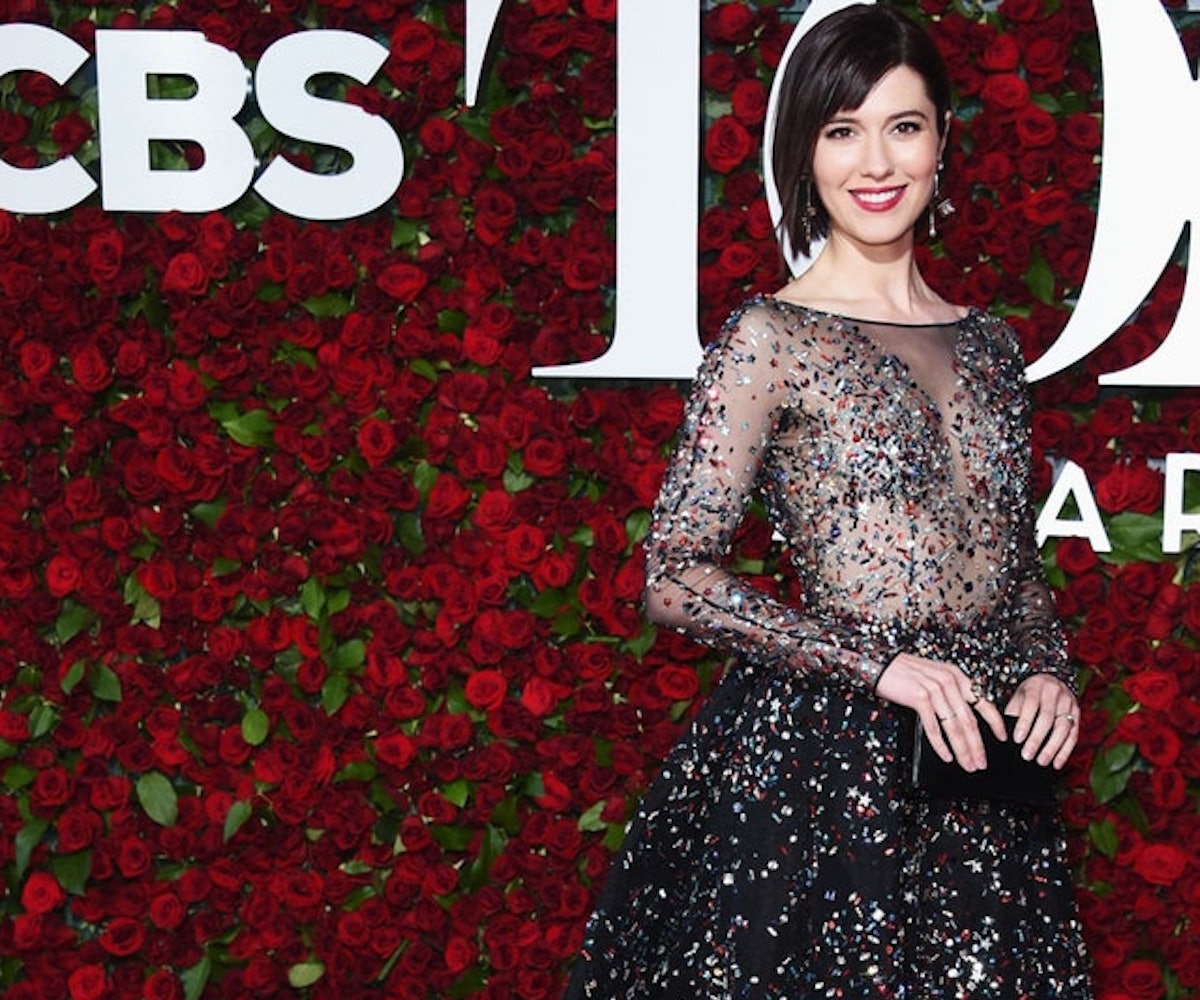 It was a night filled with heavy emotions, after news of the events that went down in Orlando, Florida, over the weekend shocked all of America. However, while there were a number of heartfelt and moving speeches, the show did go on with the expected laughs, performances, and fashion. While there was the usual smattering of elaborate ball gowns, many guests chose to channel a much more casual elegance than seen in the years past, from the simple silk slip dress worn by Claire Danes to the minimal nude gown worn by Saoirse Ronan.

One accessory, in particular, was worn by all in attendance—a twisted silver ribbon, designed by Broadway costume designer (and six-time Tony winner) William Ivey Lon, adorned lapels in solidarity with the victims of Orlando’s mass shooting.

Click through the gallery below to check out the best looks of the evening.

Lucy Liu was an actual ray of sunshine in her yellow embroidered gown by Zuhair Murad.

Tavi Gevinson looked retro-chic in this mixed-print look from Coach.

Lupita Nyong’o stunned (as always) in this custom floral gown by BOSS.

Is that a bomber jacket on the red carpet? Karolina Kurkova paired her black gown with a metallic version, via Coach.

Nicolette Robinson chose a two-toned, full-skirted gown by Christian Siriano for her night.

Jourdan Dunn, who has been slaying the red carpet lately, wore this beautiful blush corseted gown by Zac Posen.

Joan Smalls was bohemian-glam in this plunging gown by Altuzarra.