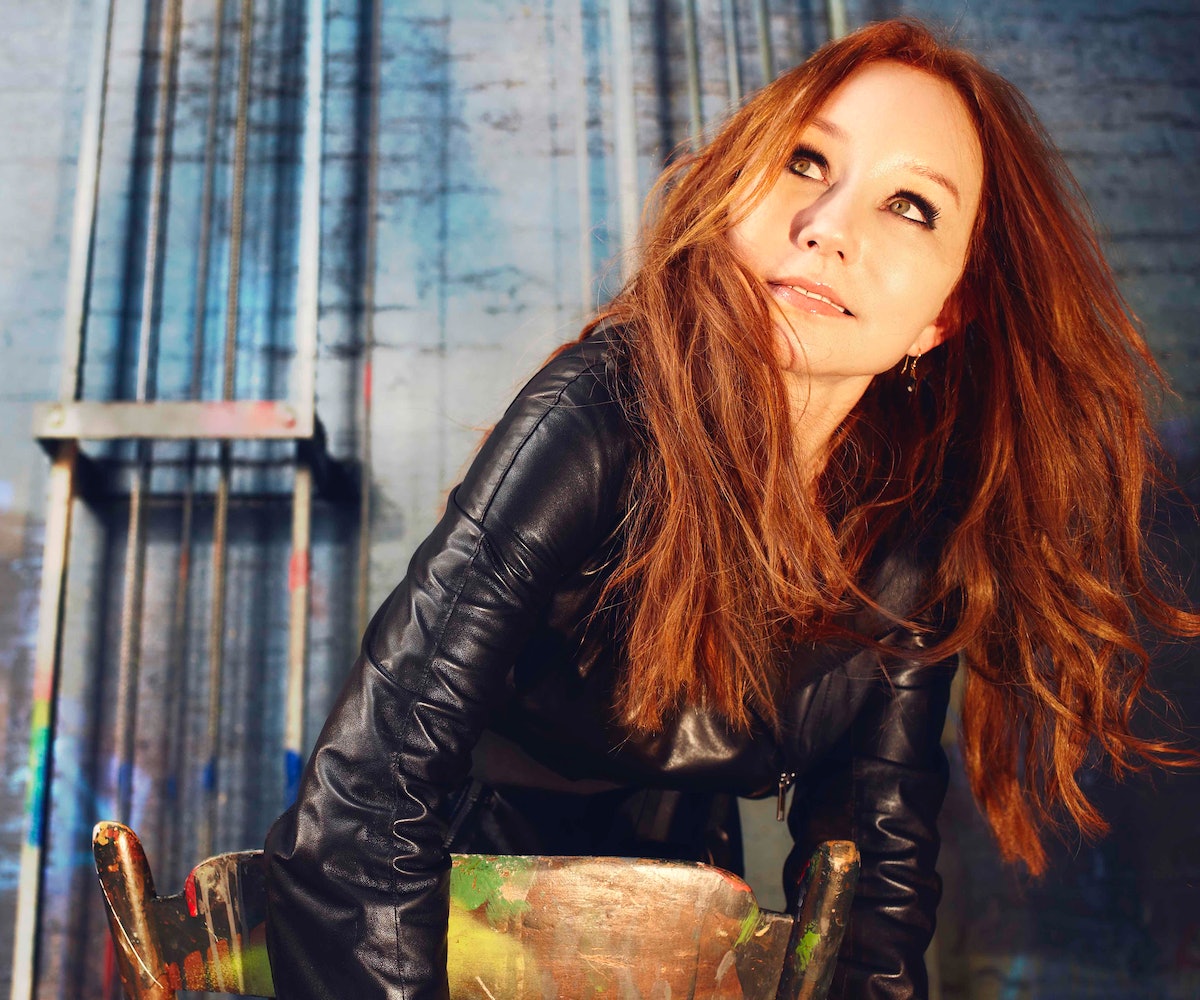 While Tori Amos’ claim to fame has been her alt-rock music career, you might not have known that she brought her rendition of Scottish fairytale The Light Princess to life in musical form two years ago. With the help of playwright Samuel Adamson, the duo created an updated version of George MacDonald's 19th-Century classic about the love story of a princess and prince from different kingdoms, and how they deal with grief following the loss of their mothers. With Amos and Adamson’s version, realistic and modern outcomes drive the plot, and happy endings aren’t always guaranteed.

As a female singer-songwriter not shy about discussing sexuality, feminism, politics and religion, Amos didn’t want this fairytale to be for children—the musical was geared toward Millennials. Exploring issues of body shaming, control, violence, and grief, The Light Princess is an educational, mature play for today’s youth. The Light Princess explores the relationship of grief that fans of Amos’ music career might recognize from her seminal debut album, Little Earthquakes. While The Light Princess’ run has solely been at The National Theatre in London, Amos is now looking to bring the musical stateside, a goal she's closer to achieving following the recent release of the cast recording via Universal. Earlier last week, Amos sat down with us to discuss what she sees in this story and how it's relevant to today's youth.

How did the idea for The Light Princess come about? Why now for the musical?

I read the story and I thought it would make a good musical. The original story is 19th Century George MacDonald—a great Scottish writer. When I read it, it seemed to me that what needed to happen was we needed to make it so 21st-Century teenagers would resonate with the characters. So, I went about finding the team and I found myself at the British National Theatre, and they opened the door.

What’s the biggest message you want people to get out of the musical? There are so many themes that stand out.

I believe that there will be an emotional reaction to it. I believe there are buttons being pushed in this musical about how we deal with grief, loss, and when we don’t deal with it well—especially with kids—how that can affect the kids’ lives. I also think being different, being judged for being different, demonized. How do you find strength by being different? How do you become who you want to become and not who your parents want you to be? That’s the journey you take by listening.

Which of the themes resonated the most with you personally? Why?

Both fathers in both kingdoms are controlling beings. They’re powerful, and they’re fathers. So, the idea of authority being misused and abused—not just by your boss or by someone you work for—but by your own flesh and blood. When you look around the world, there’s a lot of controlling energy and people who are telling the masses what they should believe in and how they should think. There’s a lot of judgment out there.

Standard fairytales are uplifting and generally have happy endings. Why did you want The Light Princess musical to be darker?

We made The Light Princess darker than the original book because we don’t believe in curses. We felt that, if you have a floating girl, a grown-up's fingerprints aren’t far behind. We wanted to investigate that. We wanted to understand what it is to have to face the things you most fear and how teenagers will protect themselves in order to survive. To really explore that, that means you can’t dilute it too much. You really have to rip those wounds off that might have been healing for a few years. By the time she’s 16 and by the time he’s 18, we really wanted to have blood-and-bone characters—not just caricatures that are G-rated. What happens in the lake is what teenagers are gonna do when you put them in a lake. I mean, there is a baby at the end. That’s what happens. At least the right-wing Christians can’t come after me because there is a baby.

Directing this toward teenagers, what have the reactions been coming from them?

That we’re telling their story. Whether it’s cutting, anorexia, bulimia or obesity—it’s why she’s being shamed. Whatever it is, Althea uses the air to protect herself and the lake as a place of protection to not have to deal with the drama. It’s about control—she feels like she’s in control in the air even though there are weights, ribbons, and pulleys. She feels more control in the water because she doesn’t have the weights and ribbons. She’s finding these safe places, but she’s still not really dealing with the loss of the most important person to her. Until she loses the other most important person to her (Digby), she doesn’t really understand.

How have your music fans reacted to you putting out a musical?

I think they’re reacting to the story. The content of this is in some ways close to Little Earthquakes—if you think of fighting authority, patriarchal authority, and pushing yourself to a place of self-destruction—which happens for [Althea]. For [Digby], it’s choosing to be what his father wants him to be, even though it’s killing him. How many people do that today? How many people say, "I don’t want to hurt my mom and dad; they want me to be an attorney"? Everyone. So, we felt his story—women and men will relate to and her story—because it’s similar but different how they respond to the loss. He becomes very heavy and grounded with gravity. She doesn’t want to deal with the darkness and has too much levity. So, they are each other’s answer. Finding the balance, they have to take that journey together.

Which character in The Light Princess story do you personally identify with the most?

Well, it’s gotta be Althea because she doesn’t want to confront things and just wants people to do the right thing. If her brother hadn’t been assassinated, then she might’ve been able to live in her fantasy world for a lot longer, but circumstances and the universe pushed her into dealing with things that she didn’t deal with. I relate to that because in my life, things happen where I have had to deal with things. I think a lot of people would rather not have to deal with things. But, Althea is forced, and she’s really forced. The man that’s in love with her—Digby— loves her, and at a certain point realizes that she doesn’t have true gravity.

How does the music correspond to the story? How did you go about creating the music so that it helps tell the story?

I made two records with my team—one’s called Midwinter Graces and one’s called Night of Hunters. When Martin Lowe was brought on board, he was talking to me and my husband Mark [Hawley] who worked on all the records and he said, "Couldn’t you all hear a sonic world that reflects more Midwinter Graces and Night of Hunters more than American Doll Posse or Choir Girl?" Mark and I talked about it and said, "We’ve just spent the past year and a half exploring with reeds, woodwinds and strings as the ingredients with the piano and synth." Once we understood that, that became the sonic palette. Then we could add drums and Mark would be building the loops. We would develop things in the studio and demo them up after Sam and I would be working on the story and building structure. There was so much music written for The Light Princess that didn’t make the cut because you need to overwrite.

Did this inspire you to make more musicals, or are you going to keep focusing on making your own albums from here on out?

I think you’re challenged by the musical experience because it’s so collaborative. It’s a glorious nightmare—Nick Hytner told me that years ago. And it is, because there are times where there’s not a solution, and you’re banging your head against the wall trying to figure it out, but there’s something sexy about the pressure of it. When you write your own albums, you can get it wrong. If you kind of know what you’re doing and you’re performing your own albums, you’re in control of that. And it’s all your fault if you get it wrong. If it’s a musical, it can be good work but it might not connect with the public. It’s deliciously dangerous—that whole concept. I’d like to do a few more before I leave the planet—and different kinds. I don’t like to repeat myself—I think you have to do different types of projects.

I think it keeps you creative.

It does. And you’re not repeating yourself. You’re being pushed to experiment with different instruments and it helps you tell a different story in a different way. Yes, so I’m in awe of the process. It kicks my ass and I’m okay with that. I like the challenge.