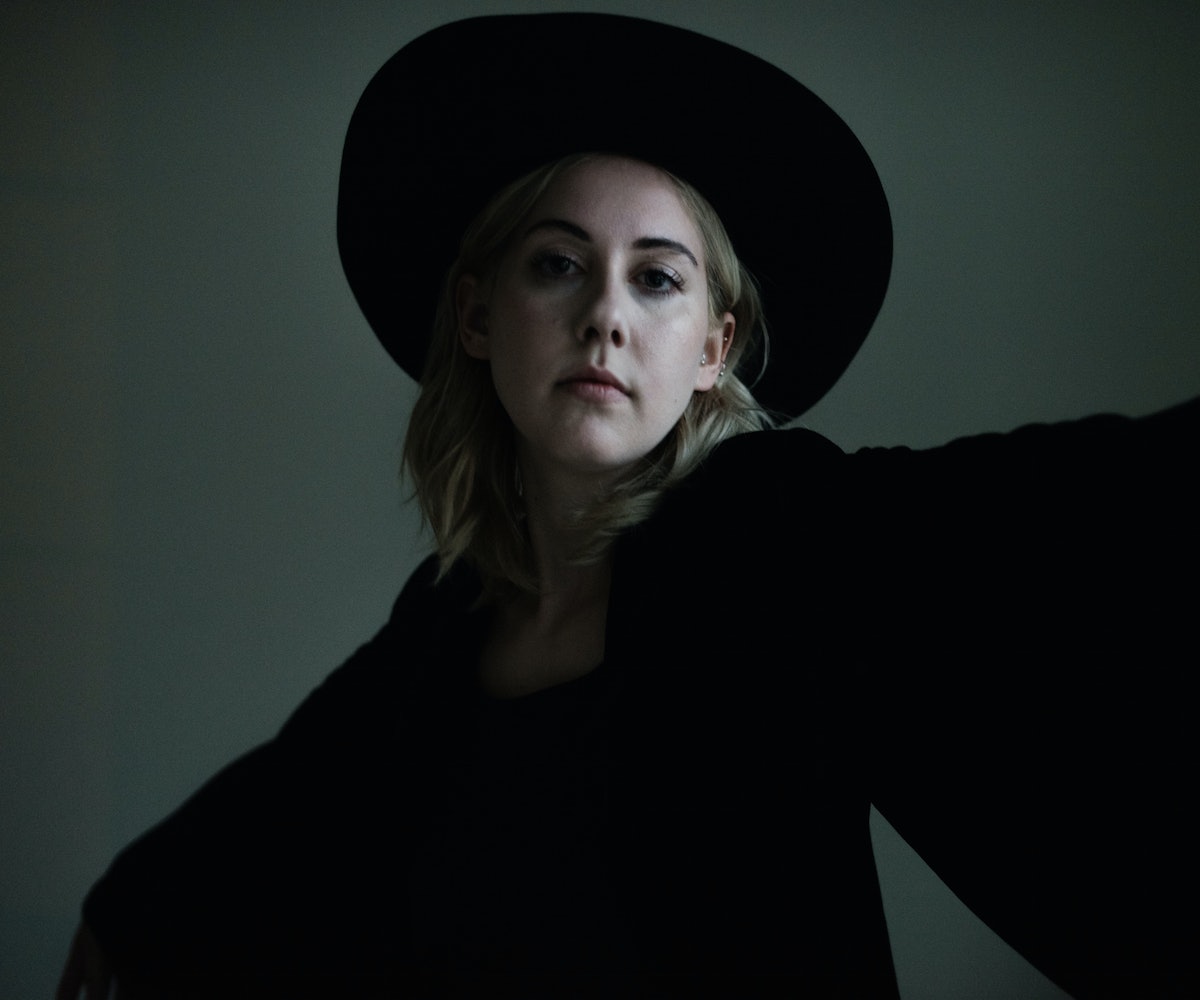 She may have decamped from Georgia to Brooklyn, but on Sprinter, her second album as Torres, Mackenzie Scott is finally reconciling herself with the South she left behind. Abandoning the softer folk-rock of her debut, Scott holed up with PJ Harvey collaborator Rob Ellis to produce a squalling statement of a record that confronts the traumas and hypocrisies of her Baptist upbringing head-on. Addressing unresolved issues ranging from being given up by her birth mother to disillusionment with the church, the material is as heavy as her newfound sound.

Despite the record’s confessional nature, Scott shows off a wicked sense of humor. On the title track she drily lacerates a porn-consuming pastor over a chugging guitar riff, while lead single "Cowboy Guilt" playfully documents her first experiences beyond the fold (drunken George Bush impressions abound). Her lyrical deftness and poetic approach to songwriting infuse Sprinter with equal measures of wit and drama, something that Ellis’ barnstorming yet subtly avant-garde production accentuates in turn. We caught up with Scott to discuss the story behind the album, pushing back at Southern stereotypes, and what it means to make genderless music.

Sprinter largely focuses on your youth and upbringing in Georgia. Were you trying to reconcile your past on this record?

The entire writing process was me trying to work through a lot of things that were in my head but I’ve never spoken about. I spent all of the time that I was writing trying to figure out how I felt. Some circumstances had me not knowing how to feel; I was torn in a lot of places in my life. The process was definitely about reconciling some pieces of my history and my present.

You evoke a lot of very specific stories on the album. Is there an overarching narrative behind Sprinter?

I think that ultimately I’m coming back to my origins on this record to reexamine them, whether it means stepping forward to take a closer look at them or stepping backward to get a better perspective. Simultaneously, I’m also retelling some Biblical origin stories of the world—like Noah and the Ark and the Garden of Eden—stories we’ve heard whether we’re religious or not. I’m coming back to the beginning to look at everything with a different lens.

How did you go about doing that?

I really love going back to these Bible stories and trying to forget the way that I learned them. With my own retellings, I went back and reread them and considered them for significant amounts of time, then worked them into my songwriting. I had to go through a lot of unlearning and trying to forget for the sake of writing and making it new again.

You’ve also upgraded to a harsher, more avant-garde sound. What made you choose this style to tell those stories?

I wanted to tell these stories in a way they haven’t been told before. I wanted to make an entirely new record that didn’t seem derivative of anything. I wanted it to be singular and I wanted to create a sense of mysticism for the listener. Because of that, I thought that the sonic world that I created to carry my words needed to be a bit unexpected and a bit ominous. I worked with instrumentation and sounds that I thought conveyed the feeling I wanted to give people when I heard these songs, and that’s really all there was to it.

A lot of the songs narrate stories of you growing up in the South. Do you feel like you’re pushing back at stereotypes of where you came from?

In a way, yes. I guess we all push back against our upbringing at some point. I am doing a lot of that but it’s all open-ended. It’s not some final declaration of abandonment of my origins. I’m very grateful for where I came from and how I was raised. I had a great childhood, but I am asking a lot of questions, pushing back and refusing to be represented by people or institutions that I have no interest in being claimed by. I’m hoping to bring together a couple of worlds: the one that I came from, the conservative Bible Belt world, and the one now, which is Brooklyn. The dream is that I could somehow with this record unite the two worlds and get people from all sorts of perspectives coming together and hearing something in a way they hadn’t heard it put before.

Gender dynamics also seem to be a major theme on the record. Did you set about making an expressedly feminist album or is that inherent to the Torres project?

I didn’t set out specifically to make a feminist record, but because I am a feminist the songs just came out that way. I couldn’t and wouldn’t write from any perspective other than a feminist perspective but it wasn’t something that I sought out in the writing. I definitely enjoy writing with an androgynous voice, because I think that’s more interesting and I feel intrinsically androgynous. I identify as a woman but I’ve never felt particularly feminine or masculine; I’ve never felt intrinsically gendered at all. Because of that, the writing ends up being a bit ungendered. Any artform should transcend social constructs that we’ve created such as gender.

Janet Weiss from Sleater-Kinney recently spoke out about female musicians, particularly those who make rock music, being ghettoised and compared with one another solely due to their gender. Does this speak to your experience?

I really do try to take every opportunity I can to make sure people know that I’m not out to make gendered art. I’m not interested in that. Gender isn’t something that makes its way into my daily life. I don’t care about it. I don’t feel particularly female, but everyone wants to make me aware of the fact: my government, my country, everyone. I’m definitely pushing back against that. Gender has no place in my world.