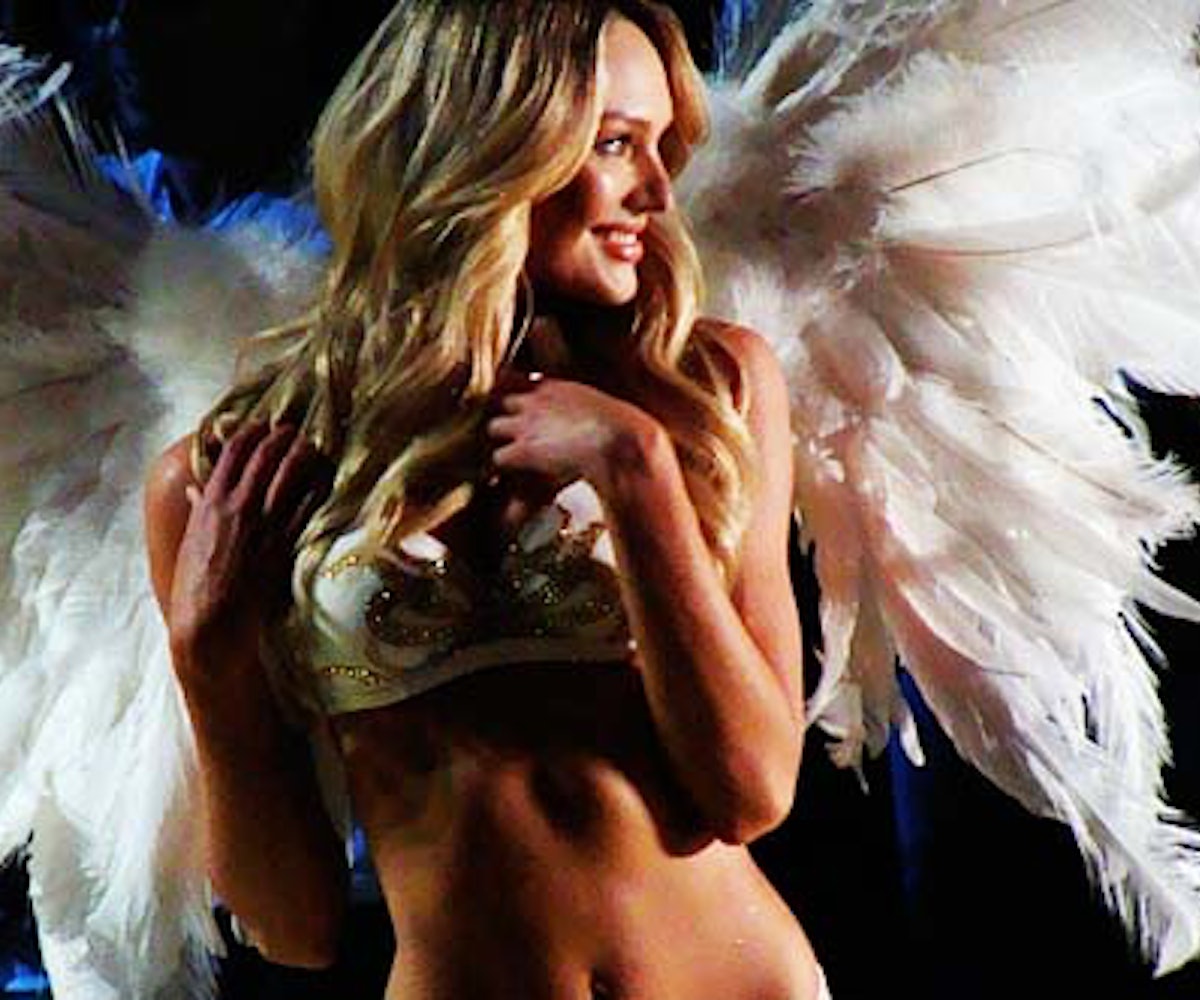 We're not always the biggest droolers for pop culture, but last night at the Victoria's Secret Fashion Show, we kind of let our guard down.

It was partly the falling glitter and balloons, partly Katy Perry singing four hit singles in various states of undress, and partly the fact that Vin DIesel, Alexander Wang, and Paris Hilton were all inexplicably sitting mere feet from each other in the same space. But really it was the Angels - models like Behati Prinsloo, Chanel Iman, Lily Aldridge, and Anja Rubik - who somehow carried 50-pound "Angel Wings" down the catwalk, in their underwear, with giant grins on their face.

The whole thing was pretty amazing, and we have the photos to prove it - but if you'd rather get the 360 experience, tune into CBS on November 30, when the show hits prime time.

Bonus: See a full gallery of the show

And go backstage with the Angels!