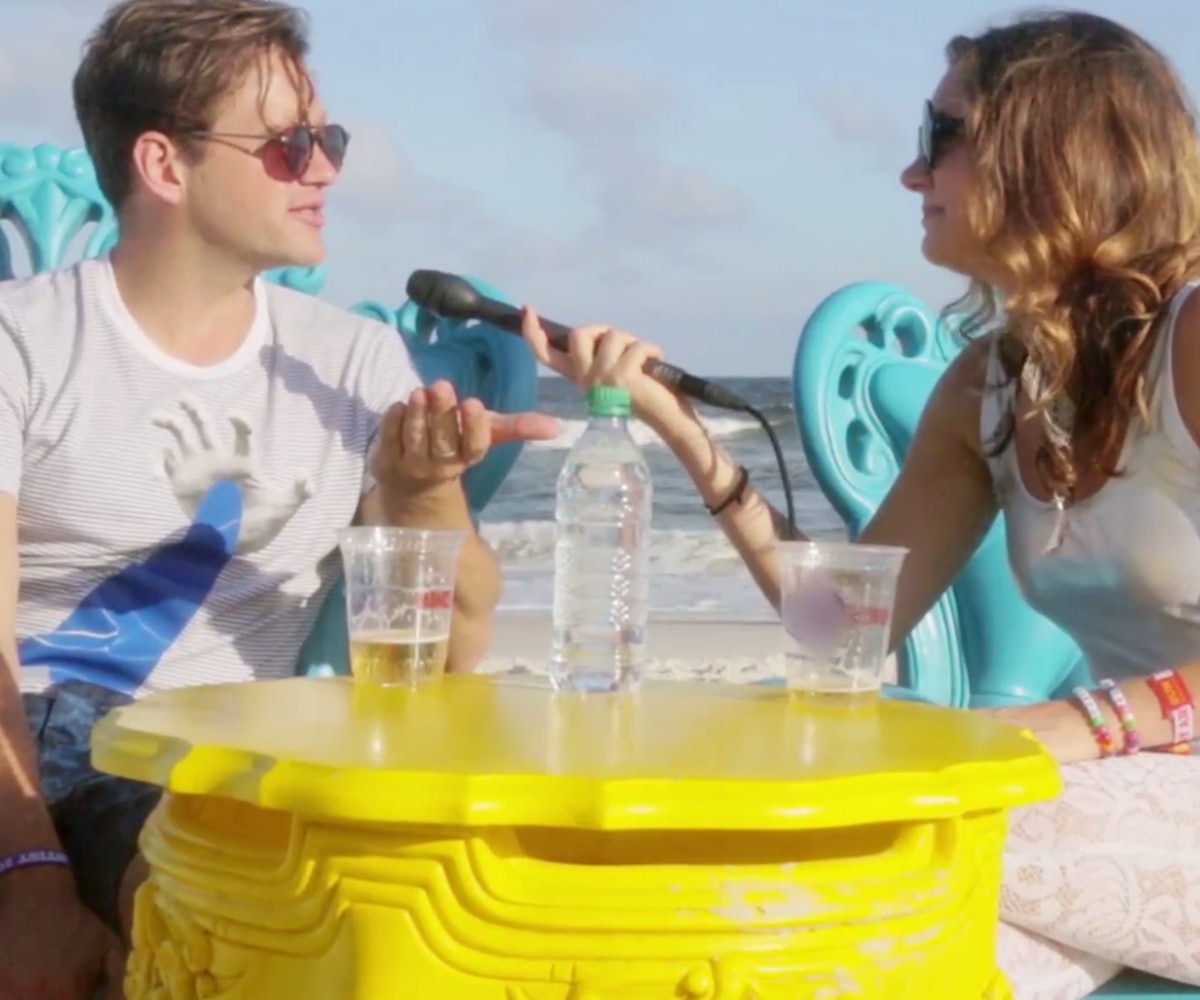 Last weekend, a sea of scantily-clad music lovers gathered on the shores of the Gulf Coast for Hangout Fest 2015, a beachside music festival that is one of the country's best. Headliners like Foo Fighters and Beck were joined by acts like TV On the Radio and Jenny Lewis for a four-day sun-soaked party, and we were there to capture what was essentially the epitome of summer.

Also there was Tove Lo, who acted as Nylon's de facto correspondent. Last week we posted the Swedigh singer/songwriter's beachside interview with The Suffers' frontwoman Kam Franklin, and now we're debuting her chat with Jean-Philip Grobler, the South African musician who moonlights as the indie rocker, St. Lucia. Over beers, the two talked the amazingness that is Hangout Fest, their vocal warmup routines, songwriting, and of course, inflatable balls. Watch it above.