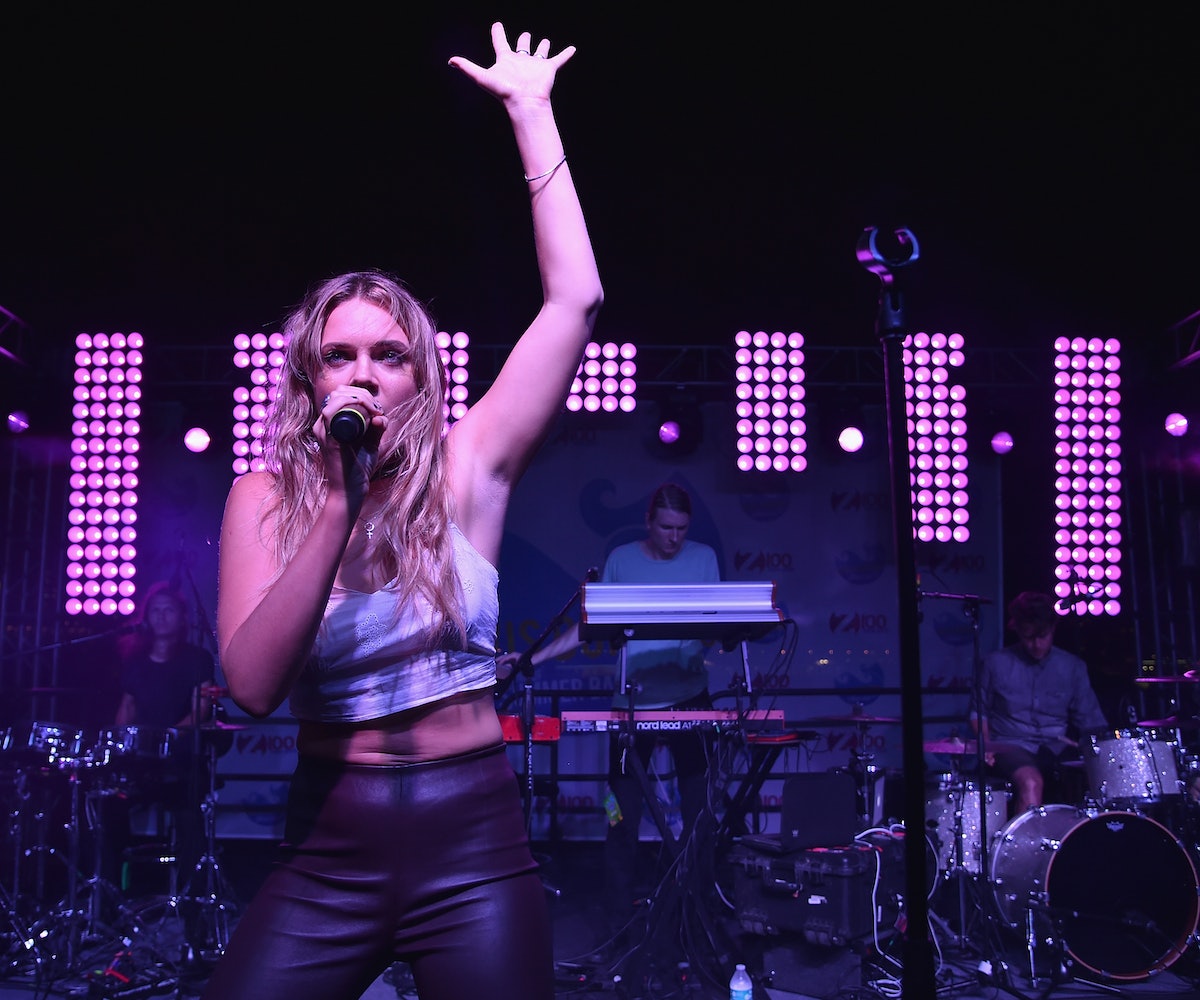 To celebrate the recent release of her latest album, Lady Wood, outspoken Swedish pop star Tove Lo took to Reddit's women's interest forum TwoXChromosomes to discuss her take on feminism and her musical career. She seemed rather forthcoming throughout the TwoX AMA, answering difficult questions about the content of her own lyrics and her commitments to certain feminist issues like the Free the Nipple campaign. Here's five things we learned about one of our favorite cool girls in the chat:

1) Americans never pronounce her name right"It's not just America," said the singer when asked if she gets frustrated by the mispronunciation of her chosen moniker. "[I]t's everywhere but Sweden honestly. It felt weird at first but now I feel like that pronunciation is my artist name now."

2) She's not about radical politics"I think a lot of times when anything goes radical it goes from striving for something good to just plain hate..." Lo responded when asked about the differences between radical and liberal feminism. "Sometimes we need the radical to open people's eyes but the main thing about feminism is equality. Meaning we're equal, all genders."

3) Comparisons to Madonna are welcomeWhen asked if the cover for her most recent LP is a tribute to the original Queen of Pop, Lo responded with enthusiasm for Madge. "It honestly wasn't to begin with when I chose that photo but I see the similarities and she is obviously ICON so I'm happy to make it an homage," she said.

4) She writes her own damn music"I write all my songs. Lyrics is where I spend the most time."

5) Her latest album title is a feminist play on wordsA fan asked if Lady Wood was meant as "trans inclusive" (wondering if the title referred to literal genitalia) and Tove responded thoughtfully. "I wasn't pointing to the actual physical part of it, more the way we often use male analogies when speaking of bravery, strength etc. And using female analogies for things that are 'weaker' traits ('don't be a pussy' and shit like that)." Good answer!

You can check out the full AMA over here, and grab Lady Wood, released earlier this weekend, over on iTunes.