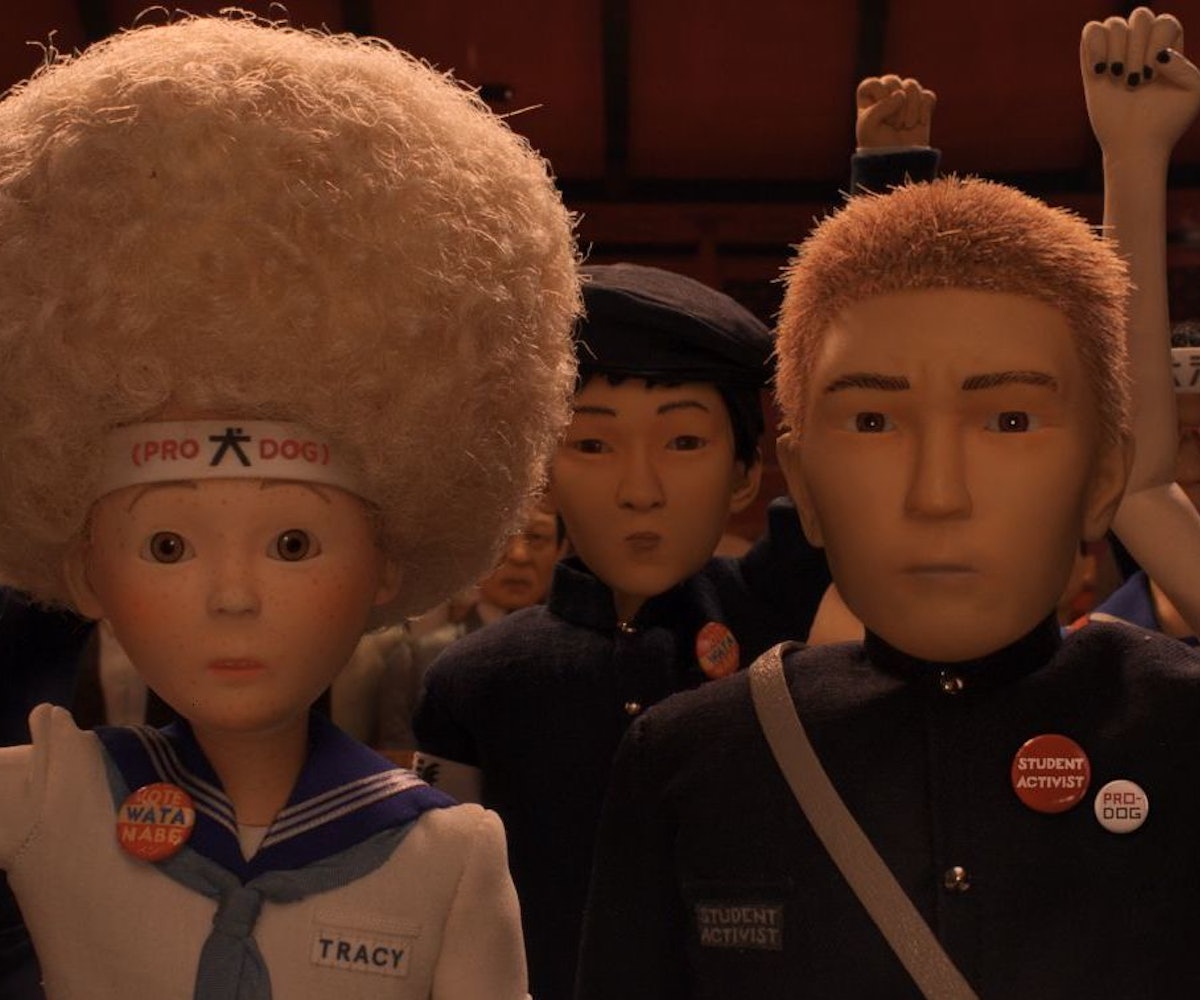 Wes Anderson’s Isle of Dogs is a politically charged story mirroring the unrest and blind xenophobia in our society. In the film, the citizens of Megasaki City go along with Mayor Kobayashi’s anti-dog proclamations and initiatives, allowing their canine best friends, now infected by Snout Fever, to be systematically banished to Trash Island.

It’s a premise that reflects on the sort of complicity needed to perpetuate autocratic regimes. However, in this case, it's also a narrative that utilizes a white savior trope, a concept premised on the myth that morality is racialized. Through this trope, as Dr. Brittany A. Aronson wrote in the  Journal of Critical Thought and Praxis, white people are “rewarded [for] ‘saving’ those less fortunate,” or take it upon themselves to save a community in which they are an outsider. It can be seen in the decision of the film's writers to focus on the influence of one particular character: a foreign exchange student from Cincinnati, Ohio, named Tracy Walker. Blonde-haired and hazel-eyed, she is the leader of Megasaki City’s student-led “pro-dog” movement, galvanizing her peers and the staff of the school paper, The Daily Manifesto, via rallies and editorials. She radicalizes the student-led pro-dog movement and is ultimately credited as one of the main reasons why dogs are allowed back into the prefecture.

Walker’s fight is twofold, as she is not only attempting to save the dogs but also fighting against the plight of human complicity—namely the complicity of the people of the prefecture in following orders from a despot. Before she entered the narrative, most of the citizens of Megasaki City appear content with allowing the government to take their dogs, the majority staying mum in the face of this discriminatory new policy, aside from main protagonist Atari Kobayashi, Professor Watanabe (a scientist and oppositional mayoral candidate), and his lab assistant Yoko Ono.

Granted, Walker is inspired by Atari’s bravery in his ambitious quest to rescue his beloved guard dog, Spots, but she is positioned as the rallying organizer of the political movement that ultimately leads to a town hall showdown where the anti-dog policy is reversed. This scene resonates particularly strongly now, with the wave of current youth-led activism; the movie was released the day before the Parkland student-led March For Our Lives occurred and following 2016's youth-driven protests at Standing Rock, as well as nationwide protests against police brutality. Co-writer Jason Schwartzman told USA Today that Isle of Dogs felt somewhat like a prediction of current events, namely the fact that adults were “not listening to their hearts or conscience, and no one is seeing the great corruption happening.”

"That led us to the younger people, who have to see through the BS,” Schwartzman explained. “Their minds are more agile. And they have a say."

In the film, the older opponents of Mayor Kobayashi are either eliminated or become disillusioned, making it clear that salvation relies on the young people of Megasaki City. But still: Why does Walker, out of the hundreds of students at Megasaki City High, have to be the primary one educating, galvanizing, and leading others toward a more equitable, dog-embracing future?

It might be that we are not supposed to take Walker's role as "white savior" seriously. Walker is presented with an undeniable glibness within the movie, so perhaps the larger implications of her narrative trajectory should be taken with a grain of salt. Additionally, Isle of Dogs co-writer Kunichi Nomura has defended Walker’s presence as an example of how “one group is persuaded when an outsider brings a different perspective to see what's happening.” However, it is interesting that within a movie so heavily preoccupied with the culture of Japan, a white foreign exchange student takes on such a huge role in actively fighting against the powers that be. Perhaps it’s a symptom of treating Megasaki City as mere background, rather than an actual city filled with people who are able to recognize what's happening to their pets. Or perhaps it’s the result of an attempt to streamline the story, but it still remains an uncomfortable gesture toward a trope that removes agency from the people already present and grappling with the issue at hand.