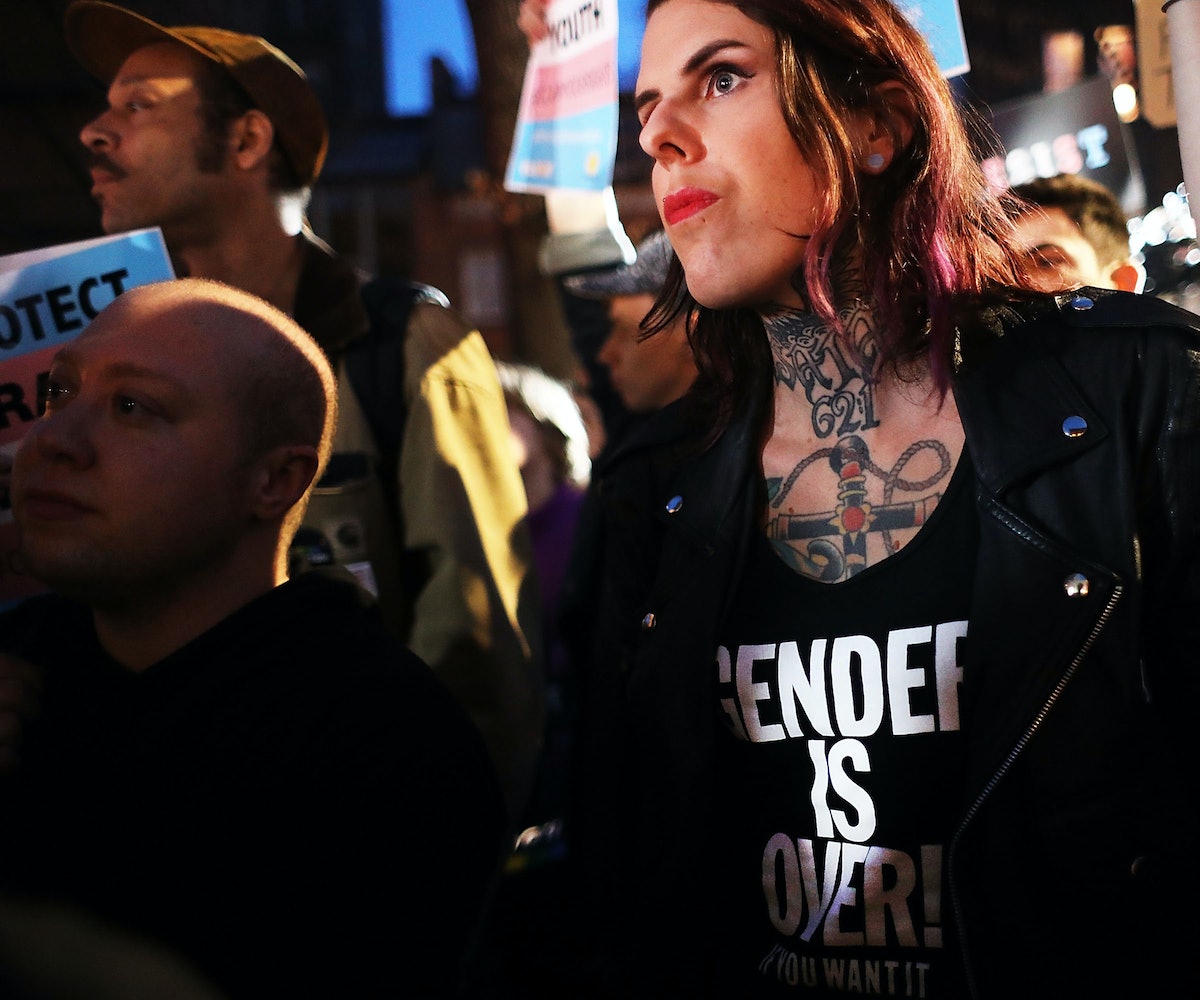 The transgender community is under attack. This week, Donald Trump rolled back President Obama's Title IX order which previously allowed transgender students to use the school bathroom that best aligned with their gender identity, essentially protecting students from discrimination based on sex and gender. Trump believes Obama, who argued that Title IX should include transgender students, did not provide "extensive legal analysis" for the ruling and thus rescinded it, which in doing so, says more to the trans community than "you can't do your business here;" it says you don't belong here. That is not okay and astonishingly un-American.

The hashtag #TransCrowdFund has gained new momentum as a result. Created in May 2016 by J. Skyler after their company stopped giving year-end bonuses and, as a result, couldn't make ends meet, the hashtag gathers a myriad of trans experiences in one place, providing a direct means for individuals to support their fellow trans brothers and trans sisters. "#TransCrowdFund is a community effort for charitable and conscientious souls to help individuals in need and to give those individuals a greater reach," Skyler tells The Billfold. Trans people face a variable amount of economic violence, including being let go from their jobs depending on the discrimination laws in their state. "Many trans people have to rebuild their entire lives after coming out as trans," Skyler says. #TransCrowdFund is a way to help ensure that rebuilding can be done and be done safely.

For more information on how you can help protect the trans community, head here.