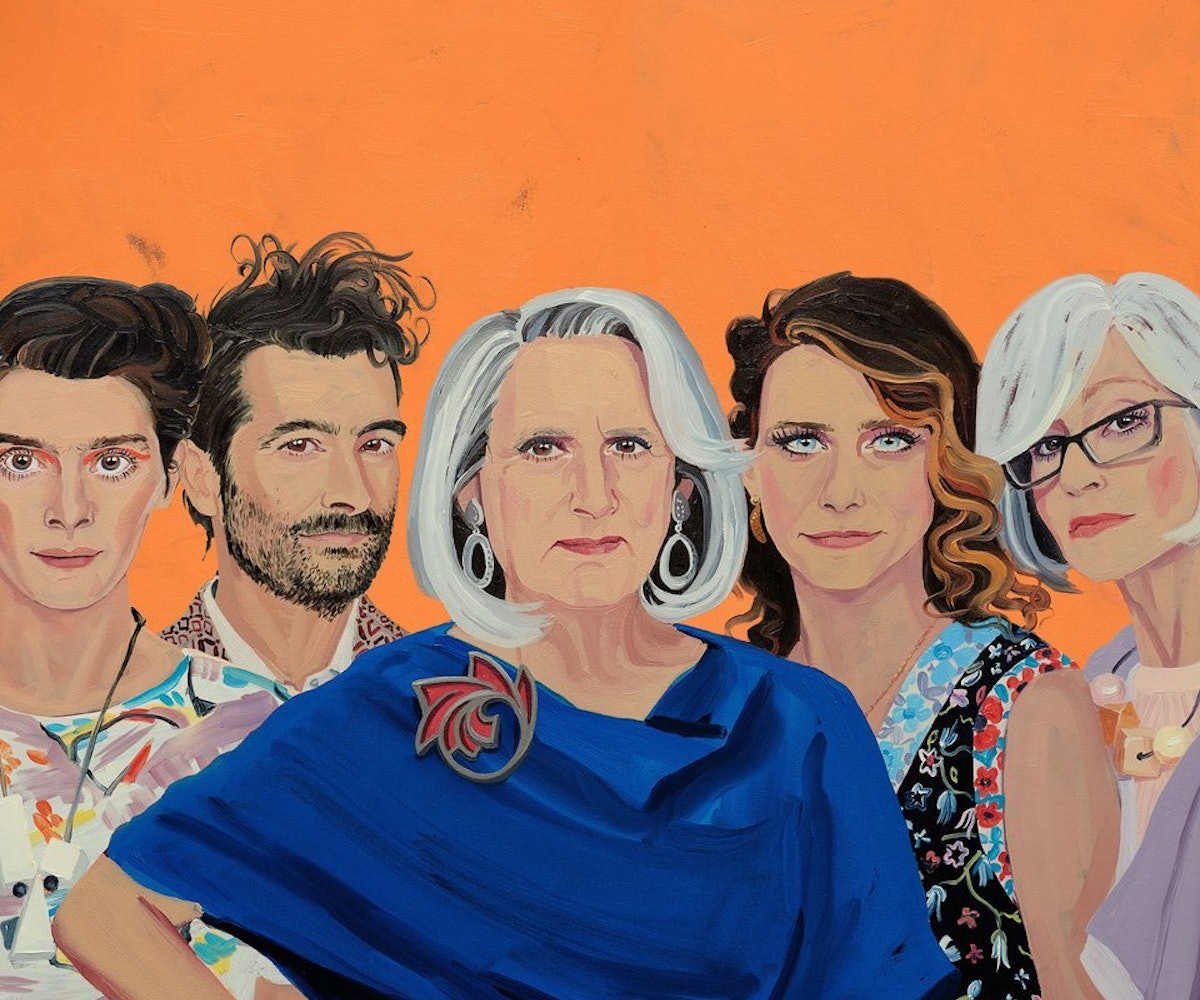 As transgender people become the target of our current administration's ire, any TV show that features transgender characters can be considered at least somewhat political. But after three seasons of exploring the lives of a family whose patriarch is transitioning into a matriarch, Amazon's original series Transparent is hunkering down and getting ready to get even more active. At a For Your Consideration event held at the Hollywood Athletic Club in Los Angeles, the show's creator, Jill Soloway, discussed this very issue: “I can’t really say more, but things will get more political than they’ve ever been."

Variety reports that at the discussion, which was moderated by surprise guest Alanis Morissette, Soloway was joined by stars Jeffrey Tambor, Judith Light, Gaby Hoffmann, Amy Landecker, Kathryn Hahn, Alexandra Billings, and Trace Lysette. Soloway may have been careful about her teasers, but she conversed a bit about her ideas behind the increasingly popular show. Tambor, who plays the protagonist Maura Pfefferman née Morton Pfefferman, added his thoughts about the direction of the new season: “You go to work with a mission statement, as we do, to reflect on people’s lives and anxieties, and trying to connect with them,” Tambor said. “I think one of the things I like most about what we do is that people trust us. We’re not messing around—this is a real family, and these are the lessons we’re telling.”

“You tune in to feel cozy and at home with people you know and love,” Soloway concurred. “It feels like a classical American television show.”

Tambor also reflected on how the role, which has been surrounded in controversy, has impacted him: “I think it’s made me a more responsible actor and person, and also made a better husband, citizen, and dad,” he said.

The Q&A was followed by a surprise performance of "One Hand in My Pocket" by Judith Light, who was accompanied by show writer Our Lady J on piano.

Transparent season four is currently in the principal photography stage of production. Although no specific release date was given, we can expect new episodes on Amazon this fall. Seasons one to three are currently available over here.