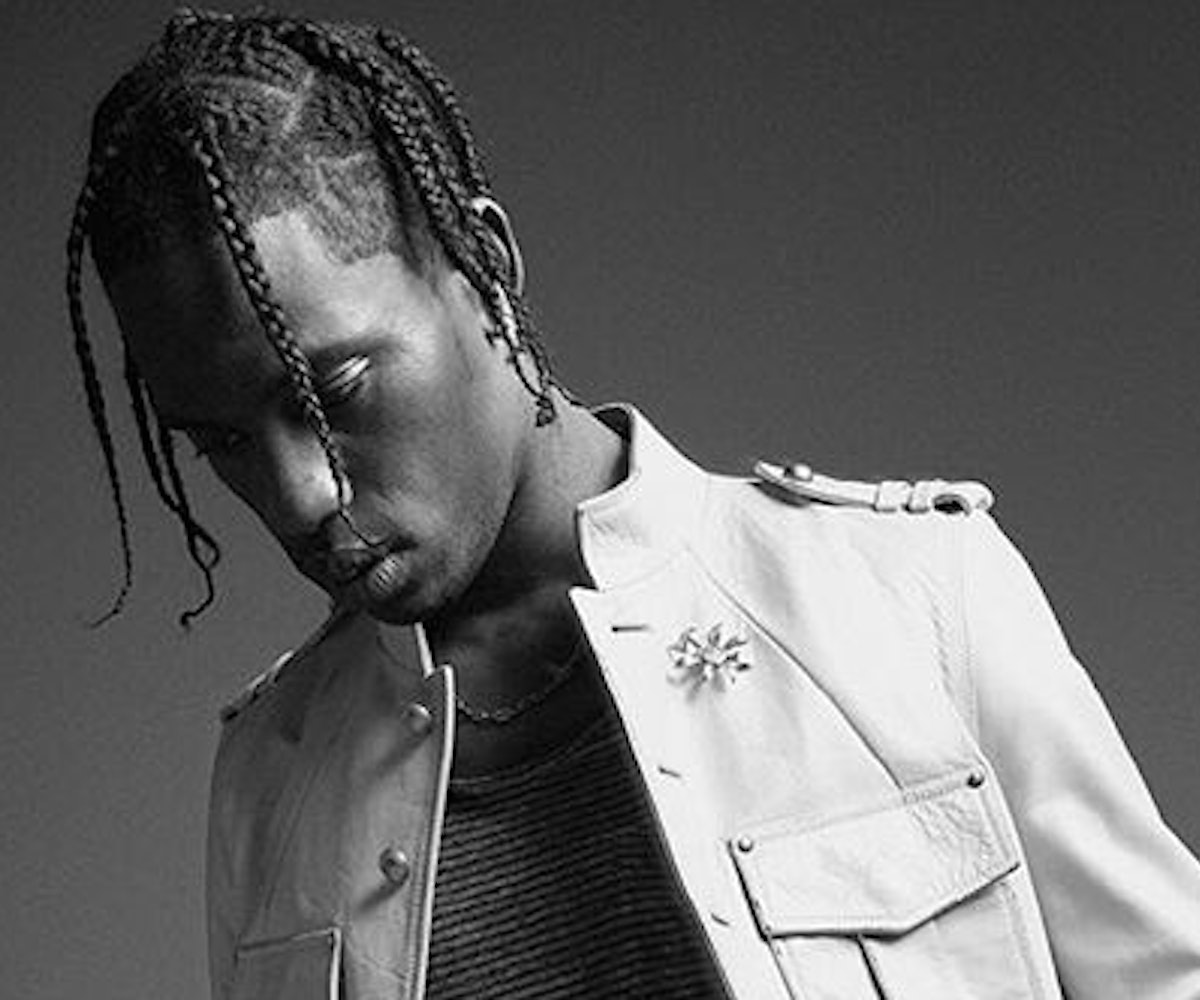 Travis Scott revealed that he is the face of Saint Laurent’s Spring/Summer 2019 campaign in a series of visuals posted to his Instagram.

In the short video, shots of the clothing’s details are cut with close-ups of Scott's tattoos, all to the tune of Iggy Pop’s “The Passenger.” The rapper’s posts show him rocking some of the collection’s bolder looks—we spotted a gorgeous leather jacket and no shortage of embellishments. He tagged the fashion house and the brand's designer, Anthony Vaccarello, who creative directed the campaign, in his posts.

Visuals were posted to Saint Laurent’s Instagram a few hours later, offering more looks at the campaign and crediting photographer David Sims for the shots.

This is not the first time that Scott has collaborated with Saint Laurent: He starred in a short film for the brand after Vaccarello debuted his first collection for the brand in 2016 and created a playlist to coincide with its colette vinyl release last year.