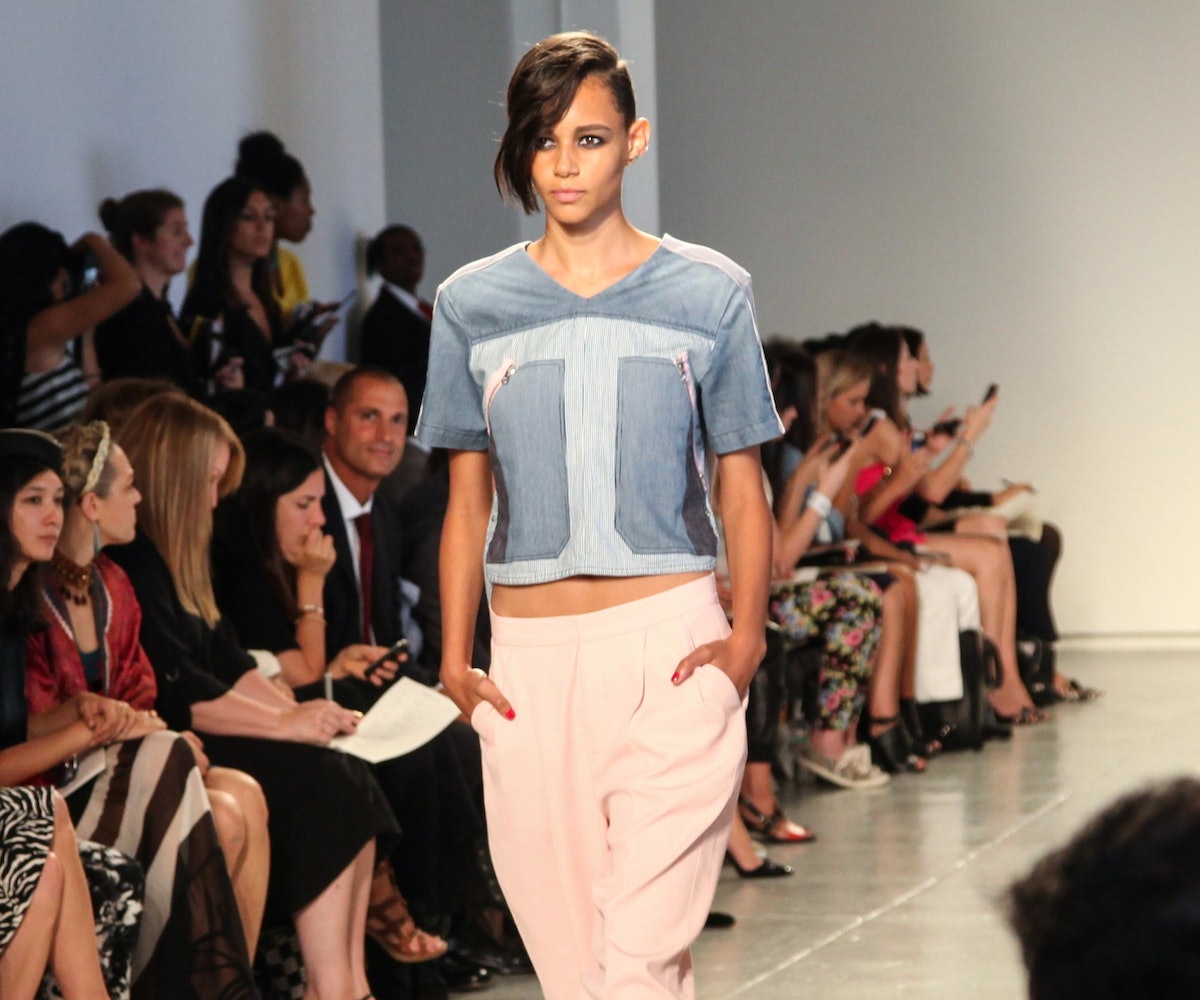 The '90s have been back in fashion for a long time now--we don't have to remind you of that. But still, it's impossible to ignore the naughts throwback moment that's been happening on the runways this season, not only in the clothing, but in the beauty looks (hair clips, crazy-colored dye), the accessories (chokers, anyone?), and the soundtracks (Salt 'N Pepa, Beastie Boys).

The influence is definitely there, but perhaps the coolest part about the whole thing is you can't place these '90s vibes into a neat little box. We saw hints of '90s-era Calvin Klein in slip dresses at Jason Wu and DKNY (Karlie Kloss wore an orange number that Cher from Clueless would probably die over). There were crop tops at Rebecca Taylor, Richard Chai, Derek Lam, BCBG, and about a zillion others. Logo and graphic tees were definitely having a major moment at DKNY, Hood by Air, and Rebecca Minkoff. And that's not even touching upon the tie dye shirts at Mara Hoffman, which could've easily been a decidedly more luxe take on our middle school wardrobe.

Then on the opposite end of the spectrum, there was the '90s grunge. Rebecca Taylor did a pretty-punk take on the look, with kohl-rimmed eyes and messy hair that perfectly complemented her casual-sporty wares, whereas Jeremy Laing took things to the next level with deliberately dirty-looking locks and shredded separates.

In other words, just like your favorite '90s movie, there really is something here for everyone. So whether you're more Thelma and Louise, Edward Scissorhands, or even Fight Club, check out our favorite looks so far in the gallery and start plotting your wardrobe inspiration for spring.