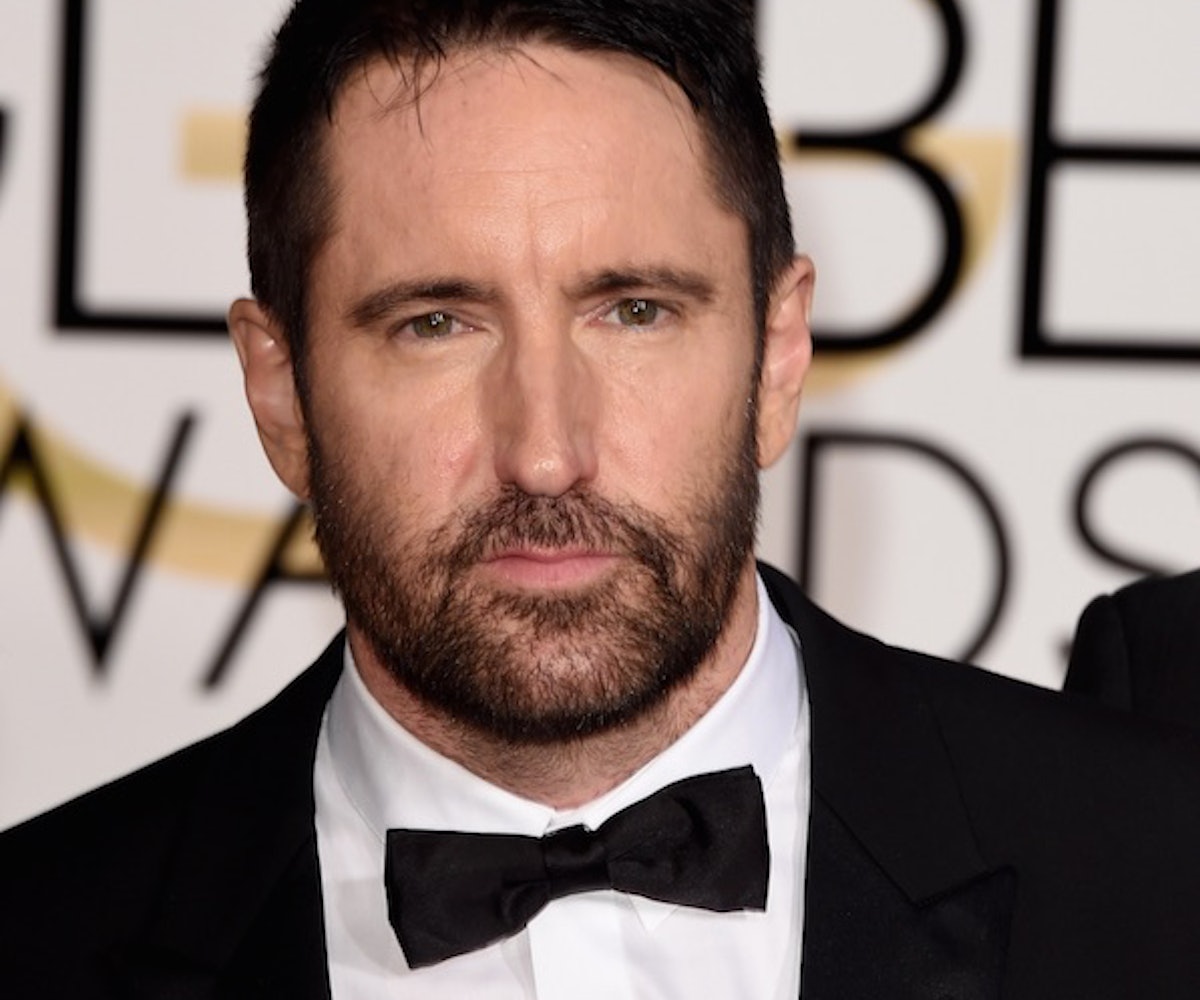 It's been over two weeks since David Bowie's sudden passing, and the tributes keep pouring in. The latest comes from Nine Inch Nails mastermind Trent Reznor, who contributed a piece to Rolling Stone's upcoming tribute issue about his experience working with the late legend, and how he helped save Reznor's life. Reznor toured with Bowie in the late '90s, at the height of NIne Inch Nails' popularity, and remixed his song "I'm Afraid of Americans" into a version that was more popular than the original. (You can watch the iconic video here.)

But it was also a time when Reznor was using heavy amounts of drugs and alcohol to cope with his newfound fame, an experience that Bowie himself had been through decades earlier. Recognizing what Reznor was going through, Bowie offered him some advice: "You know, there is a better way here, and it doesn't have to end in despair or in death, in the bottom."

In the very emotional account, Reznor goes on to reveal a particularly moving moment between the two rock icons shortly after Reznor got sober.

A few years later, Bowie came through L.A. I'd been sober for a fair amount of time. I wanted to thank him in the way that he helped me. And I reluctantly went backstage, feeling weird and ashamed, like, "Hey, I'm the guy that puked on the rug." And again, I was met with warmth, and grace, and love. And I started to say, "Hey listen, I've been clean for ..." I don't even think I finished the sentence; I got a big hug. And he said, "I knew. I knew you'd do that. I knew you'd come out of that." I have goosebumps right now just thinking about it. It was another very important moment in my life.