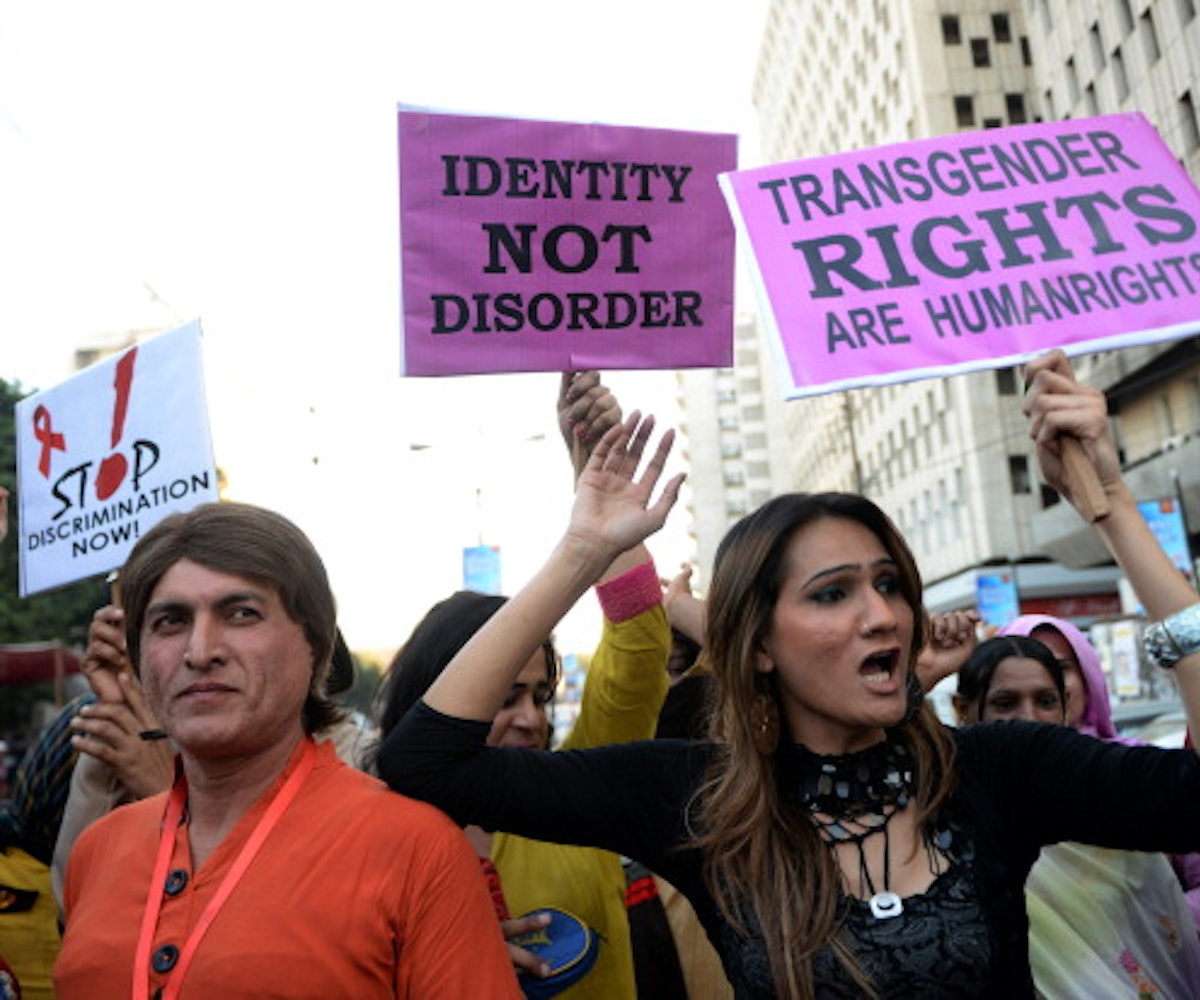 Another day, another attack on the rights of marginalized people under the Trump administration. Today the Department of Commerce faced backlash from LGBTQ advocacy groups after removing sexual orientation and gender identity in its equal employment opportunity (EEO) statement.

: "The Department of Commerce does not tolerate behavior, harassment, discrimination, or prejudice based on race, color, religion, sex, national origin, age, or disability. We will also provide reasonable accommodations for applicants and employees with disabilities." The statement looked noticeably different from the

While the statement doesn't negate the fact that there are laws in place to protect LGBTQ workers—the Equal Employment Opportunity Commission still prohibits discrimination against sexual orientation—it raised concerns that the department felt the need to leave that specific wording out.

"It makes the employees feel unwelcome," Mara Keisling, executive director of the National Center for Transgender Equality, told BuzzFeed News. "It is careless bad government. Trans employees are still absolutely covered by sex discrimination laws and sex is listed there. So even if the Trump administration doesn't want to enforce federal civil rights laws, we're not going to let them get away with that."

Once BuzzFeed ran its story concerning the erasure of LGBTQ employees in the EEO statement, a Commerce Department spokesperson reached out to the website to say that a new document would be issued. "To be clear, the Department’s EEO policy statement was never intended to change the policy or exclude any protected categories. The Department of Commerce policy remains that we do not discriminate on the basis of transgender status and sexual orientation. Department employees will continue to enjoy the fullest extent of the protections of all the nondiscrimination laws," the spokesperson said. "Secretary Ross has directed the Department to reissue the policy statement to address any concerns and prevent misinterpretation."

On Friday, Ross sent the following to his staff: "I understand the concerns of many Department of Commerce staff following the 2017 EEO policy statement. I want to assure you that the EEO statement was never intended to change policy or exclude any protected categories. The Department of Commerce remains committed to nondiscrimination on the basis of transgender status and sexual orientation. Department employees will continue to enjoy the fullest extent of the protections of all the non-discrimination laws. Please find below a reissued employee opportunity statement that fully reflects my views and the views of the Department."

This still seems like a huge oversight for the administration to make, similar to when they neglected to mention Jewish people in their statement on Holocaust Remembrance Day. Furthermore, this came at a time when an updated document of guidelines surrounding Title IX fails to include protection for transgender students using the bathroom that corresponds with their gender identity.

"You can't un-ring a bell," DNC spokesperson Joel Kasnetz said in a statement. "By trying to erase LGBTQ people from the Commerce Department's nondiscrimination policy, the Trump administration sent a crystal clear message to LGBTQ Americans: 'You're not welcome here.'"

Trump's administration needs to understand that its words matter, and that we'll be listening and holding them accountable.