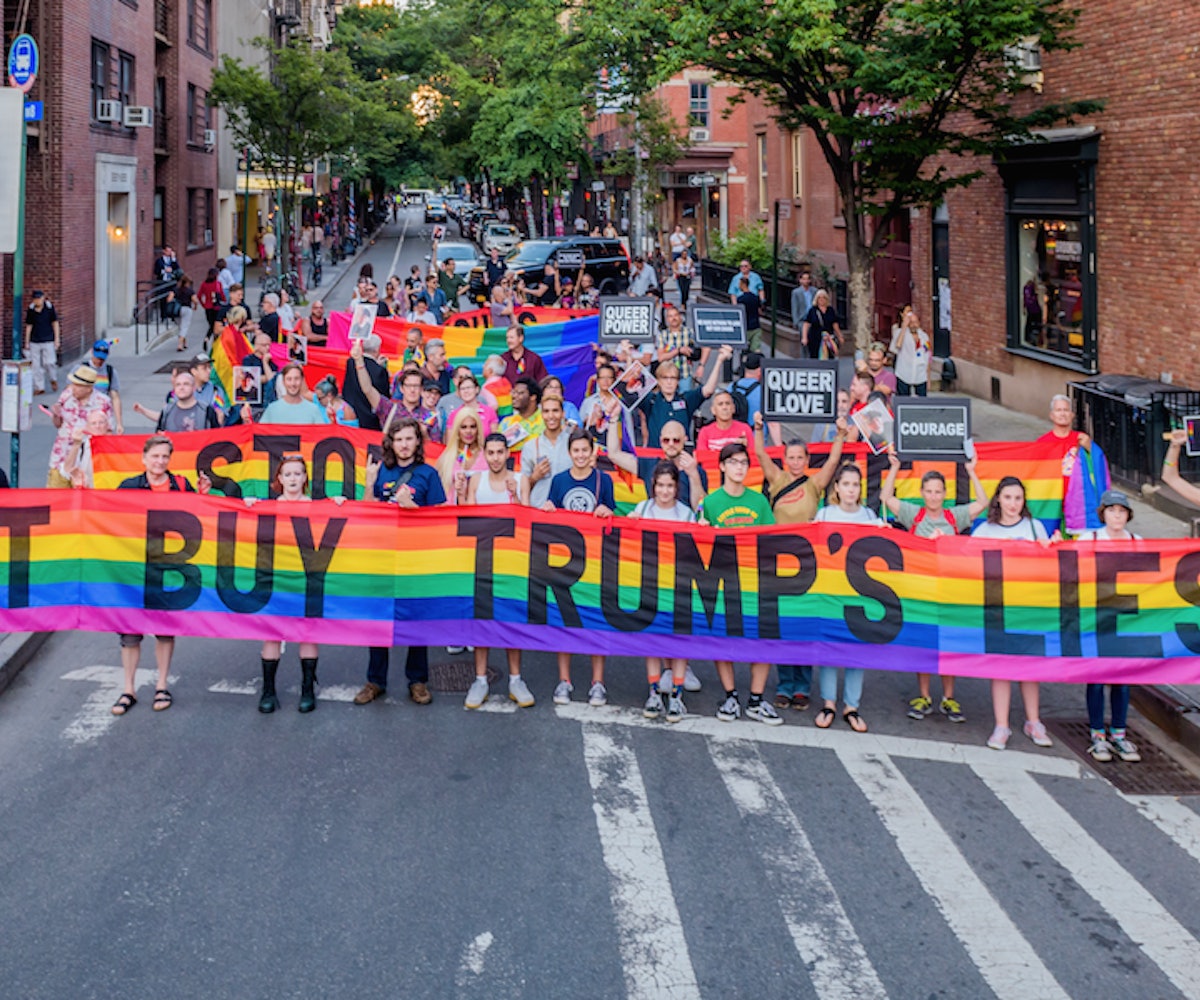 According to Lambda Legal, a prominent LGBTQ legal advocacy group, around one-third of President Trump's judicial nominees have been outspoken opponents of LGBTQ rights. The situation was described by Lambda Legal director of strategy Sharon McGowan as “unprecedented in modern history." A report on Trump's reshaping of the courts indicates a "growing and vast judicial crisis for LGBT[Q] people."

The extent to which these nominees could potentially threaten the liberties of sexual minorities in the United States remains a question, but the potential for damage to the progress of civil rights in the country seems immense. In potential jeopardy, for example, are workplace protections, public accommodation, health care coverage, conditions of LGBT people in prisons and jails, and access to identity documents and voting protections.

According to an analysis of the legal records, writings, and public comments of Trump's 59 nominees, it seems likely that at least 16 overtly anti-LGBTQ people in question were "nominated not despite, but probably because of their record targeting the LGBT community," says McGowan.

Another frightening detail of the report is that the stats on anti-LGBTQ sentiments, which includes confirmed nominees, are “probably an underestimate ... many of the [other] two thirds have troubling civil rights records, even if that record does not explicitly talk about LGBT people,” according to Yuvraj Joshi, fair courts project fellow at Lambda Legal.

McGowan noted that the Southern states without official protections for LGBTQ employees are the ones who face the most danger at the hands of these nominees:

This burden of these homophobic and transphobic judges is really going to be hitting the people who need the protections of the federal court the most. These are places ... where people are less likely to be living above the poverty line, where people are not able to access food or healthcare or medical care, and so the fact that these courts are being packed with anti-LGBT[Q] nominees is largely because the senators from those home states are complicit in advancing the anti-LGBT agenda.

A similarly terrifying report from the AP shows that Trump has been appointing white men “at a rate not seen in nearly 30 years.” Eighty one percent of the president's nominees are male; 91 percent are white. Additionally, Trump's goons also tend to be younger than the average appointee, meaning they'll be serving for longer.

“As unpopular as this president is, he may only be in office for four years,” said McGowan. “But he has the opportunity to put in over 100 federal judges, who will serve the rest of their lives, if these nominees continue to be moved forward at the pace that we have seen this year.”

During the election cycle, Trump had promised to fight on behalf of the LGBTQ community. That has, quite obviously, proven to be a lie. Not that we ever believed it though.