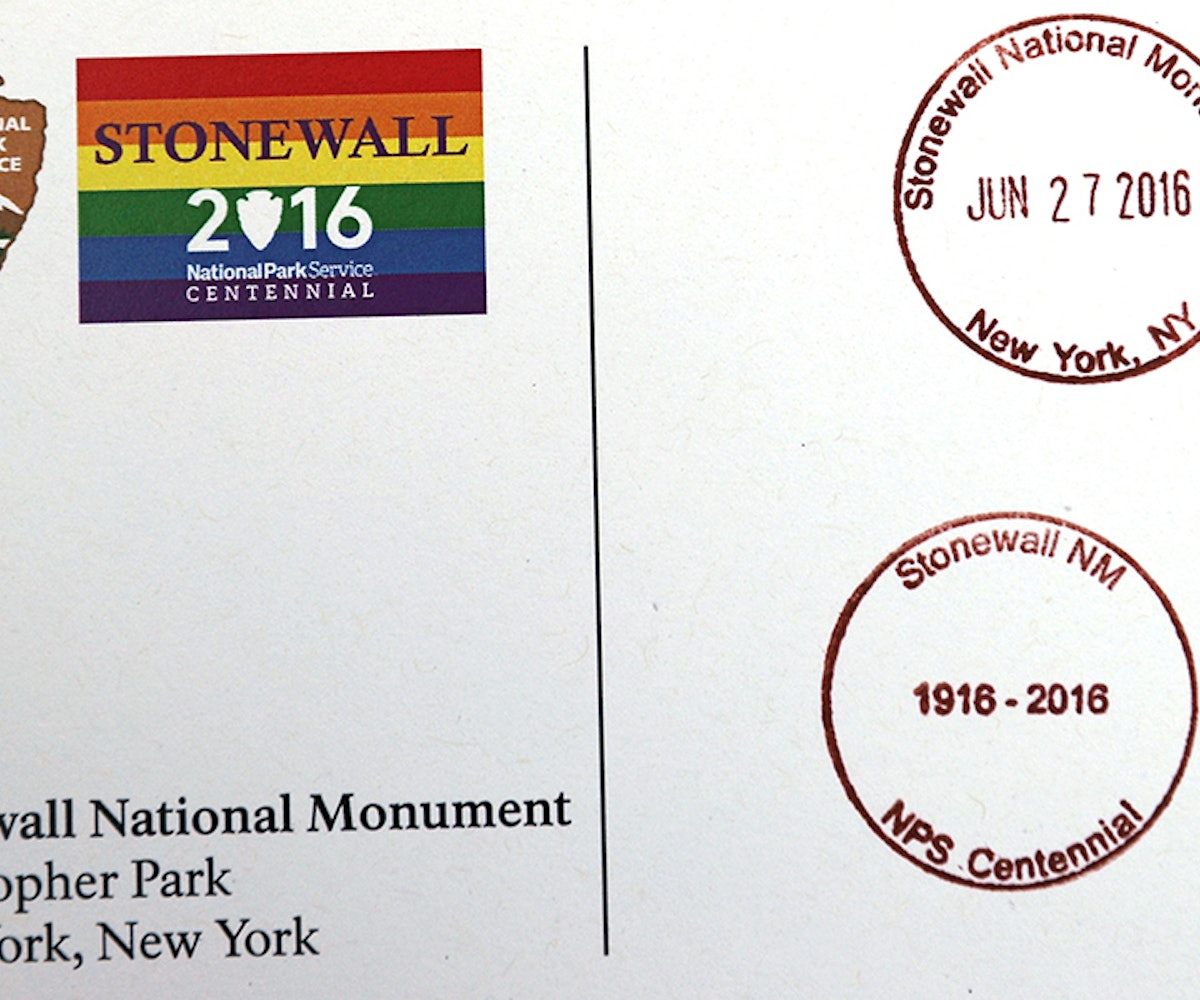 At noon EST today, National Coming Out Day and the 30th anniversary of the March on Washington for LGBT Rights, a rainbow flag was to be raised at the Stonewall National Monument in New York City's Greenwich Village neighborhood. It was to be the first time a LGBTQIA Pride flag would fly permanently on federal land. The Trump administration got wind of this and now, the National Park Service has pulled its representative from the ceremony and reportedly spent time, energy, and taxpayer money to confirm whether the land on which the flagpole stands is, indeed, federal land. Turns out it's technically not, and as such, the National Park Service has rescinded its caretaking of the flagpole in question to the City of New York.

Where to begin here? The fact that the National Park Service under Secretary Ryan Zinke’s Department of the Interior worked to certify a rainbow flag would not fly permanently on federal land near the birthplace of the Gay Rights Movement, or the irony of such debate considering how disgruntled the American leadership is over NFL players disrespecting the American flag? "O say does that star-spangled banner yet wave o'er the land of the free and the home of the brave?" Nah. Not really.

The National Park Service’s Barbara Applebaum claims a scheduling conflict is to blame for her dropping out of the ceremony today. Oddly, she was the one who arranged to get the permit to fly the flag in the first place, granting it to veteran gay activist Michael Petrelis. Though the flagpole is located at the Stonewall National Monument, which is 7.7 acres in total, it is actually a part of a Civil War monument that was never a part of the Stonewall National Monument. "The only federal property is within the fence line of Christopher Park and some of the gardens," Mindy Anderson, Chief of Communications for National Parks of New York Harbor, says in a statement. "The other area [i.e. the area from which the flagpole rises] is of historical significance because of the history there for interpretation purposes."

So, prior to this, it was commonly believed the flagpole was a part of the national monument, but because someone, who is undoubtedly aligned with the current government's anti-LGBTQIA stance, found out about the ceremony, the feds zeroed in on this tiny spot of land just to wipe its hands clean of its care and maintenance and the association with being pro-LGBTQIA? It's understandable the federal government would want to distinguish the areas of land its employees work on from the areas of land the city's employees do, but dropping out of the Pride flag-raising ceremony altogether sends an all-too-clear message the federal government does not respect the Pride flag and all it stands for.

"We gifted the flag to [the city] so they could continue to fly it," Anderson adds. Thanks, but would it fly had the federal government not been so, uh, gracious and tied up over who owns the land? Strangely, Gay City News NYC reports the Stonewall National Monument maps include the flagpole on it, but you wouldn't be able to tell because the National Park Service has taken down the map's digital version.

Regardless, the Pride Flag will still fly over the monument. In a release, Petrelis calls it a victory, "even as our [LGBTQIA] brothers and sisters are under attack by the current regime in power." There is still proof that the rainbow flag is still (and will remain) there.