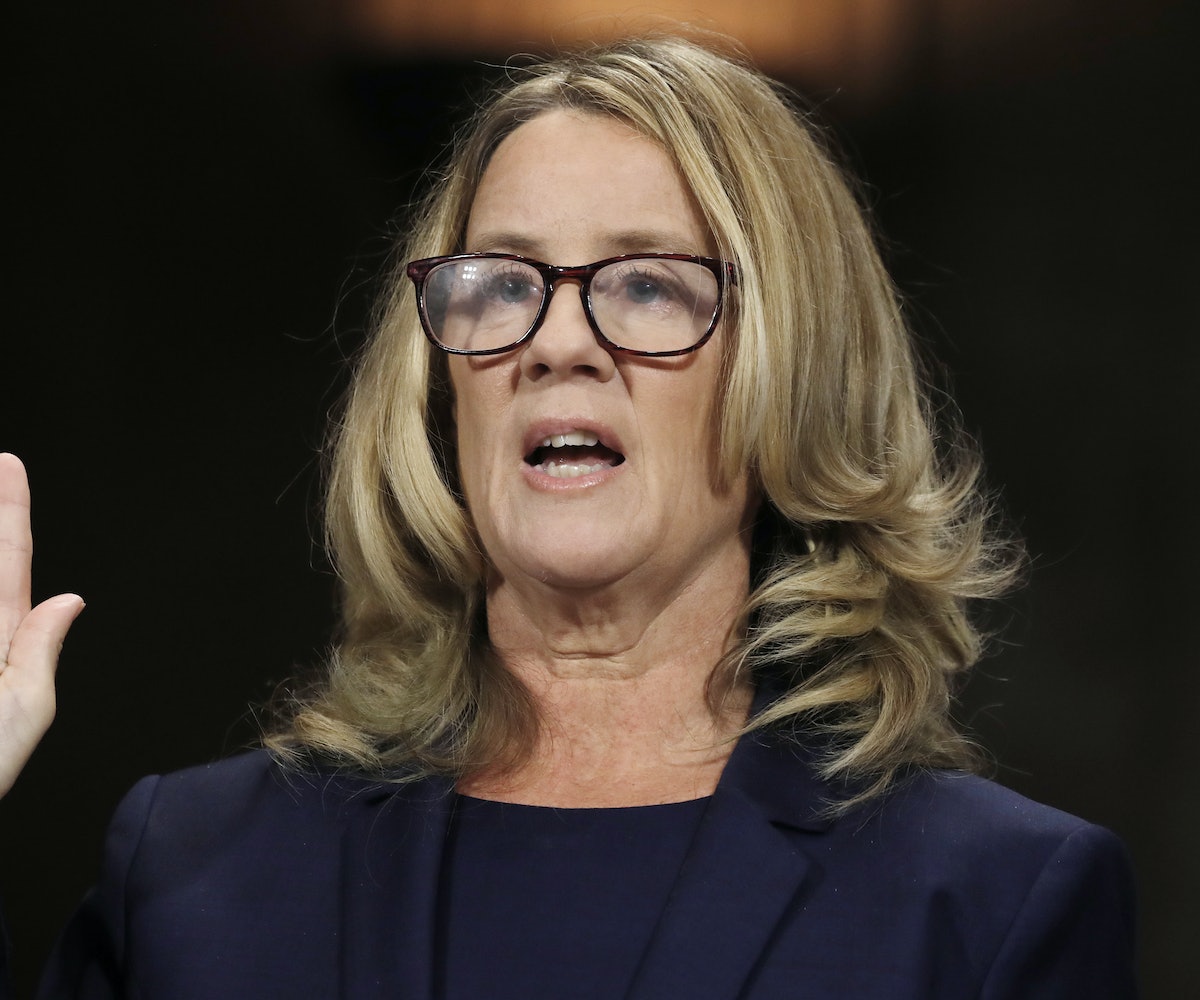 At a rally in Mississippi on Tuesday, Trump mocked Dr. Christine Blasey Ford’s testimony in a blatant attempt to discredit her allegation against Supreme Court nominee Brett Kavanaugh. And the crowd cheered him on.

In a clip from MSNBC, Trump can be seen making fun of the gaps in Dr. Ford’s memory, which were no doubt caused by the way she processed the trauma of the assault. He continuously brings up the fact that she only had one beer, as if the only reason she could have forgotten specifics from the night would be if she had been drunk. This is victim blaming at its most despicable.

He goes on to express his sorrow for Kavanaugh and the toll that the hearings have taken on his life. Of course, he would take the side of the accused, considering he’s been accused so many times himself. “A man’s life is in tatters, a man’s life is shattered,” he says of Kavanaugh. Never mind the fact that another witness was announced yesterday who says that she witnessed Kavanaugh spike drinks at parties.

Allegations continue to be brought against Kavanaugh, which is not a sign to pity him, but rather to try to find out what actually happened—but the Trump administration has continuously shown that it doesn’t want to do that, and would rather stand behind accused sexual assailants.

If you are upset or triggered by the news cycle right now, RAINN is a great resource to use.