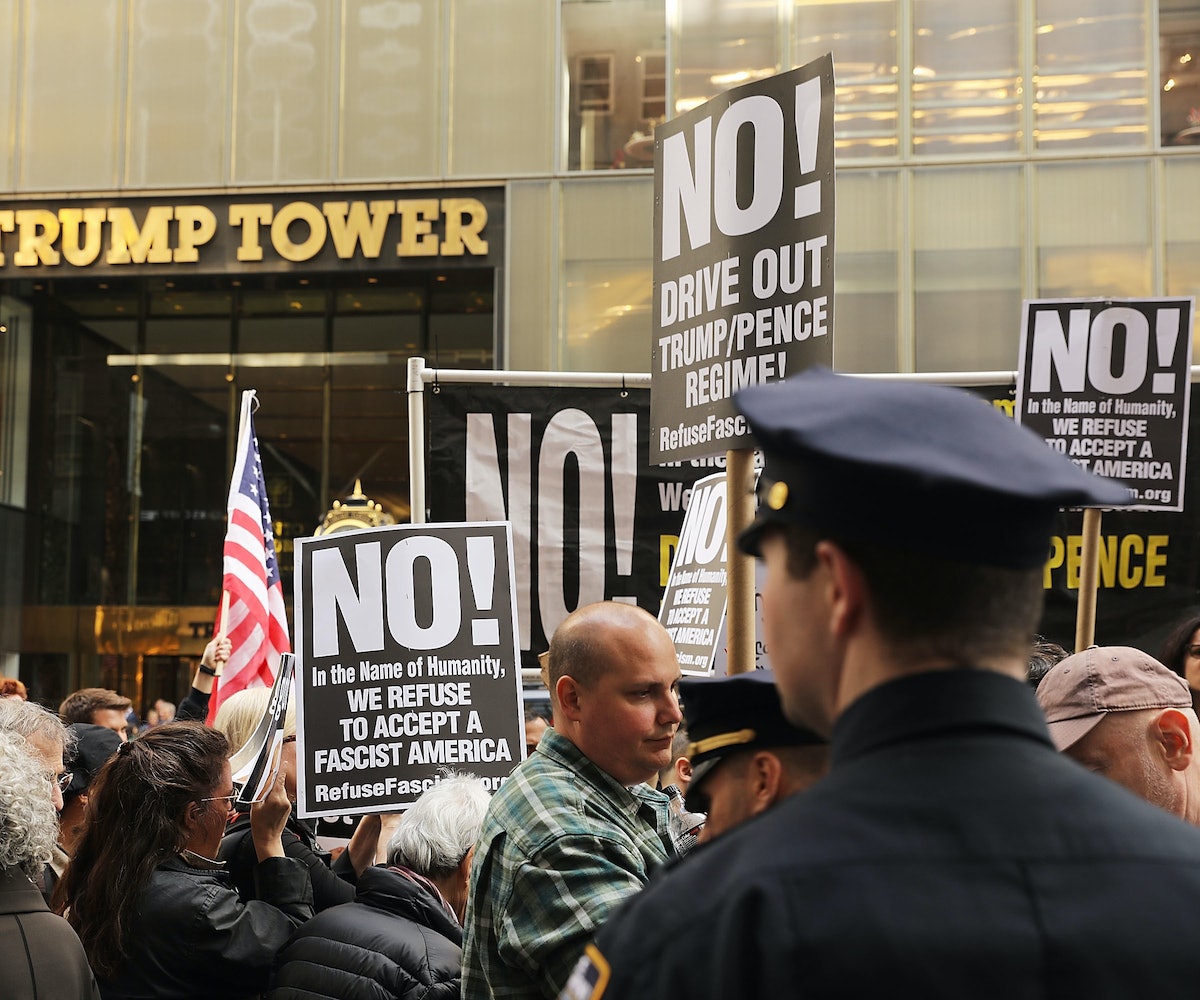 As if we didn’t already know that Donald Trump hates that the First Amendment protects free speech, he has now suggested that he thinks protesting should be illegal. Totally normal thing for a dictator to want.

“I don’t know why they don’t take care of a situation like that,” Trump said in an interview with right-wing publication The Daily Caller. “I think it’s embarrassing for the country to allow protesters. You don’t even know what side the protesters are on.” This comment came in response to the group gathered on Capitol Hill to protest Trump’s Supreme Court nominee, Brett Kavanaugh, during the first day of his confirmation hearings. According to the Washington Post, over 70 people were arrested for repeatedly heckling Kavanaugh and senators on Tuesday.

Obviously, Trump has little respect for the right to free speech or the right to assembly, which is also protected by the First Amendment. He has previously called NFL players who kneel during the national anthem “sons of bitches” and said that they should be fired for protesting, he constantly attacks the mainstream media and describes it as the “enemy of the American people,” and has blamed the Black Lives Matter movement for police killings. So while this comment isn't exactly out of left field, it's still a terrifying thing for the president of a democracy to say.