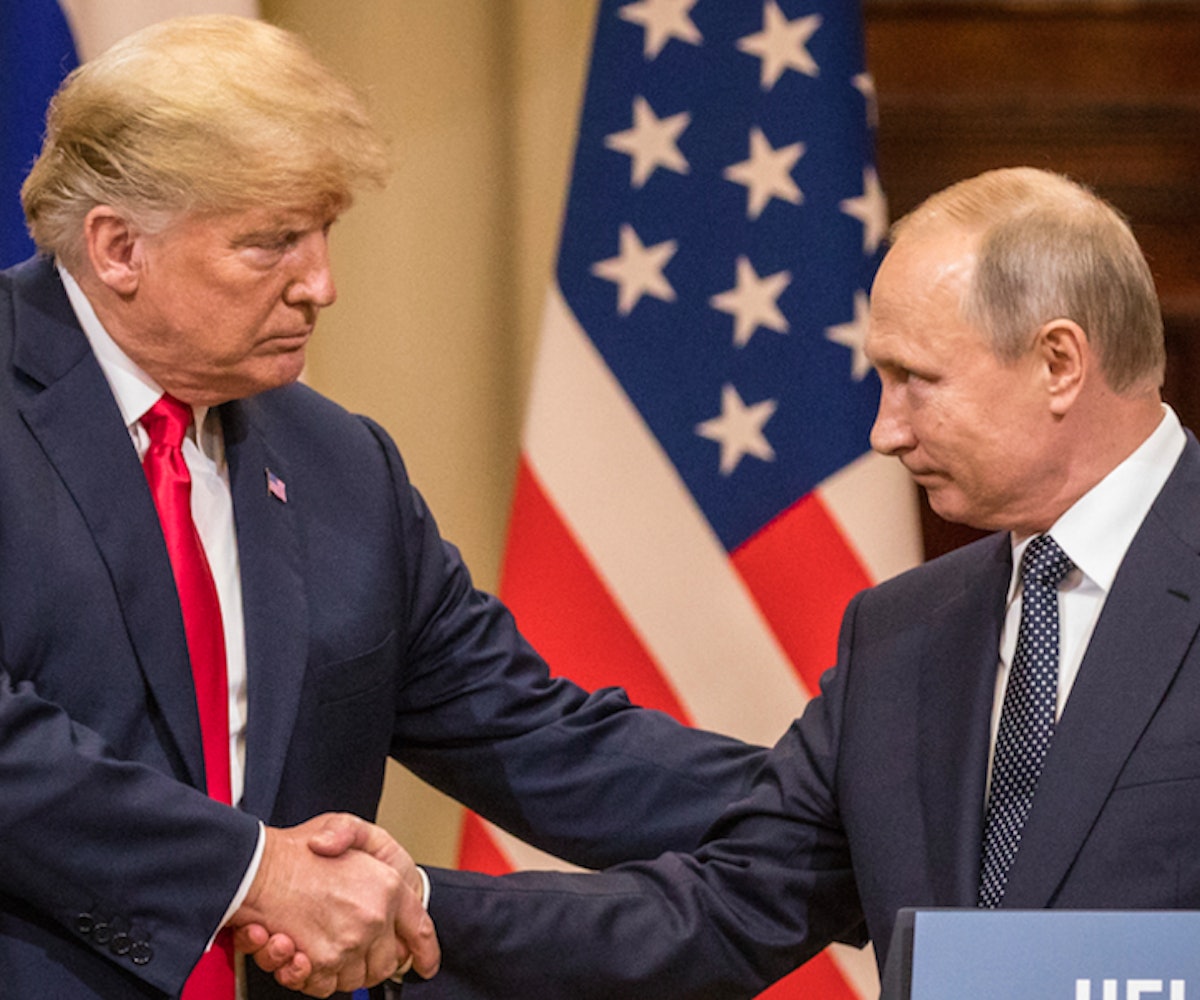 American President Donald Trump and Russian President Vladimir Putin’s press conference at the Helsinki Summit this past Monday has left people feeling both worried and betrayed by the commander-in-chief. Twitter users have taken to referring to the conferences as the #TreasonSummit after Trump offered a slew of statements which ranged from undermining American intelligence forces to once again bringing up Hillary Clinton and the electoral college.

When asked if he believes his own intelligence forces over the word of Putin regarding allegations surrounding Russian involvement in the 2016 presidential election, Trump defended Putin by saying, "President Putin says it's not Russia. I don't see any reason why it would be.”

His internationally broadcasted defense of Russia over the United States was a shock, and sparked outrage in a number of politicians and public servants—including those from the Republican party.

There is extensive evidence suggesting that Russia did, in fact, play a role in the election of Trump. Just this past week there were indictments against 12 Russian nationals by the Justice Department under special counsel Robert Muller’s investigation. The FBI insists that Russians played a heavy hand in the election. Putin literally said during the Helsinki press conference that he wanted Trump to win.

Regardless, Trump refuses to acknowledge the threat Russia poses to our democracy. This, unfortunately, is old news. The president’s uncomfortably close political devotion to Putin is cause for concern for all Americans, and it ought to be closely monitored and reported on by the press, but not in the way which has shown increasing popularity over the past year: By inferring that Trump and Putin have a sexual relationship with one another.

Stop calling the President gay. Do not do what The New York Times did and create a story line in which a gay relationship between Trump and Putin is the punch line of a very serious situation.

In addition to completely glossing over the importance of U.S.-Russia relations, painting Trump and Putin as gay lovers diminishes and ignores their laundry list of civil rights violations against their LGBTQ+ identifying citizens. Both administrations have a gross history of targeting the LGBTQ+ community, from military bans to propaganda enforcement.

The whole narrative uses queerness as a means of teasing and degrading, which is blatantly homophobic.