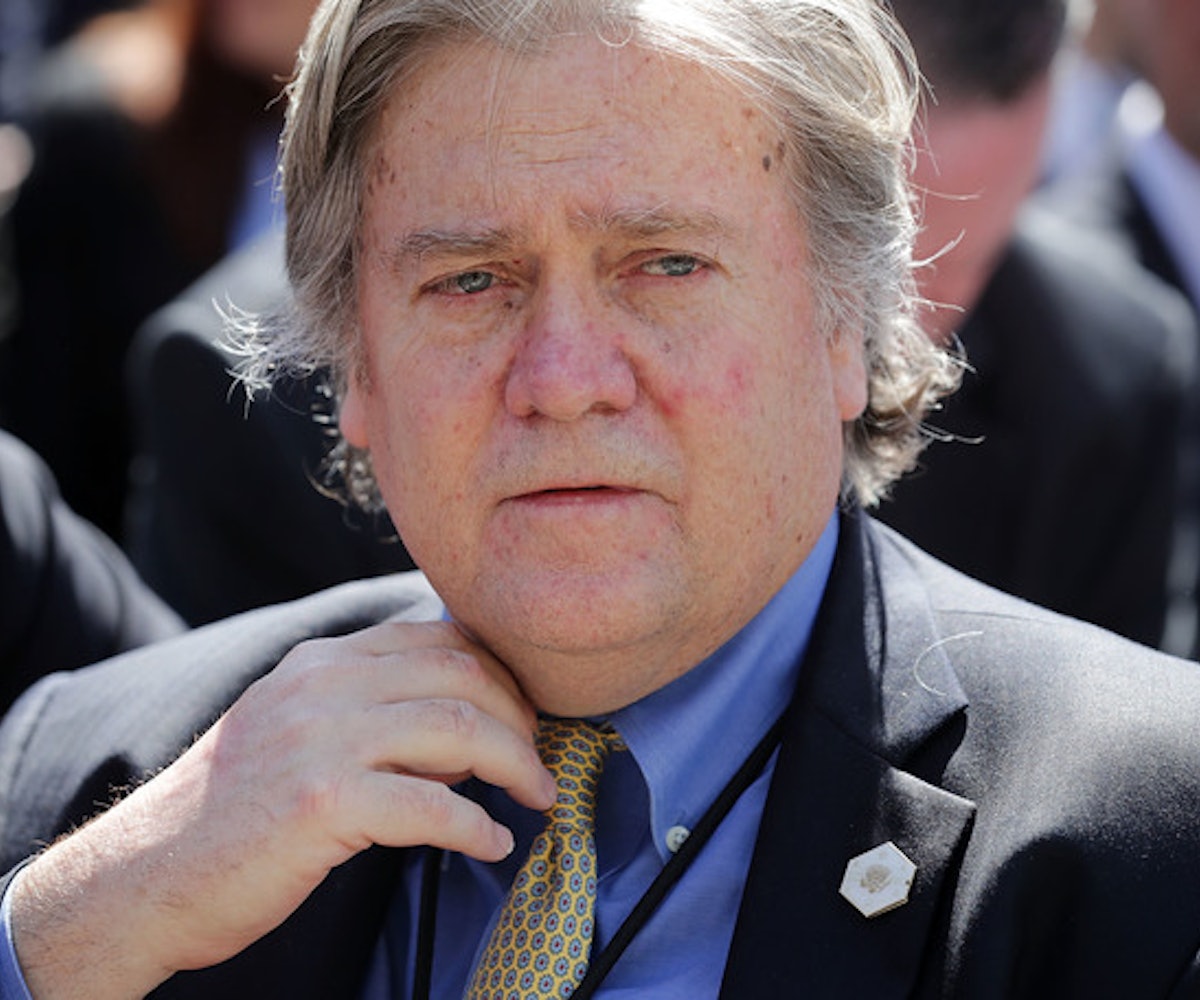 Well, here's some good news on a Friday: The New York Times is reporting that Donald "Trump has told senior aides that he has decided to remove Stephen K. Bannon, the embattled White House chief strategist who helped Mr. Trump win the 2016 election." Forget good news, this is actually great news.

Bannon—a right wing nationalist, whose white supremacist ties are thoroughly repugnant to anyone with a moral compass, and therefore not a problem and rather an asset to Trump or his followers—has consistently been a controversial presence in the White House. Those close to Trump who are said to despise Bannon include the president's daughter Ivanka and son-in-law, Jared Kushner, with the latter, specifically, bristling against Bannon's alt-right ways. However, despite the dissension that Bannon's presence has caused in Trump's ranks, it has long been thought that Bannon was an untouchable part of the administration, due to the integral role he played in Trump's election. It was Bannon, after all, who encouraged Trump to pursue an aggressively white nationalist platform, and much of Trump's rhetoric is aligned with the type of language used by Bannon and his ilk.

But as of late, Bannon has been ruffling the feathers of pretty much everyone in the White House, particularly following an interview he gave to leftist publication American Prospect. In it, Bannon undermined Trump's military strategy with North Korea, talked about how much fighting there was within the White House, and implied that he was the one pulling the strings in the administration. The incendiary interview was a callback to the one conducted by former White House head of communication Anthony Scaramucci that led to his firing. It was in that highly quotable conversation with the New Yorker's Ryan Lizza, that the Mooch said he was "not like Steve Bannon... trying to suck my own cock."

But perhaps the two men are more similar than either of them would have thought. Both have no principles to speak of, a shaky grasp of what it means to talk to a reporter on-the-record, and are about to be tossed into the dustbin of history, where they will hopefully be joined very soon by every other member of this administration.