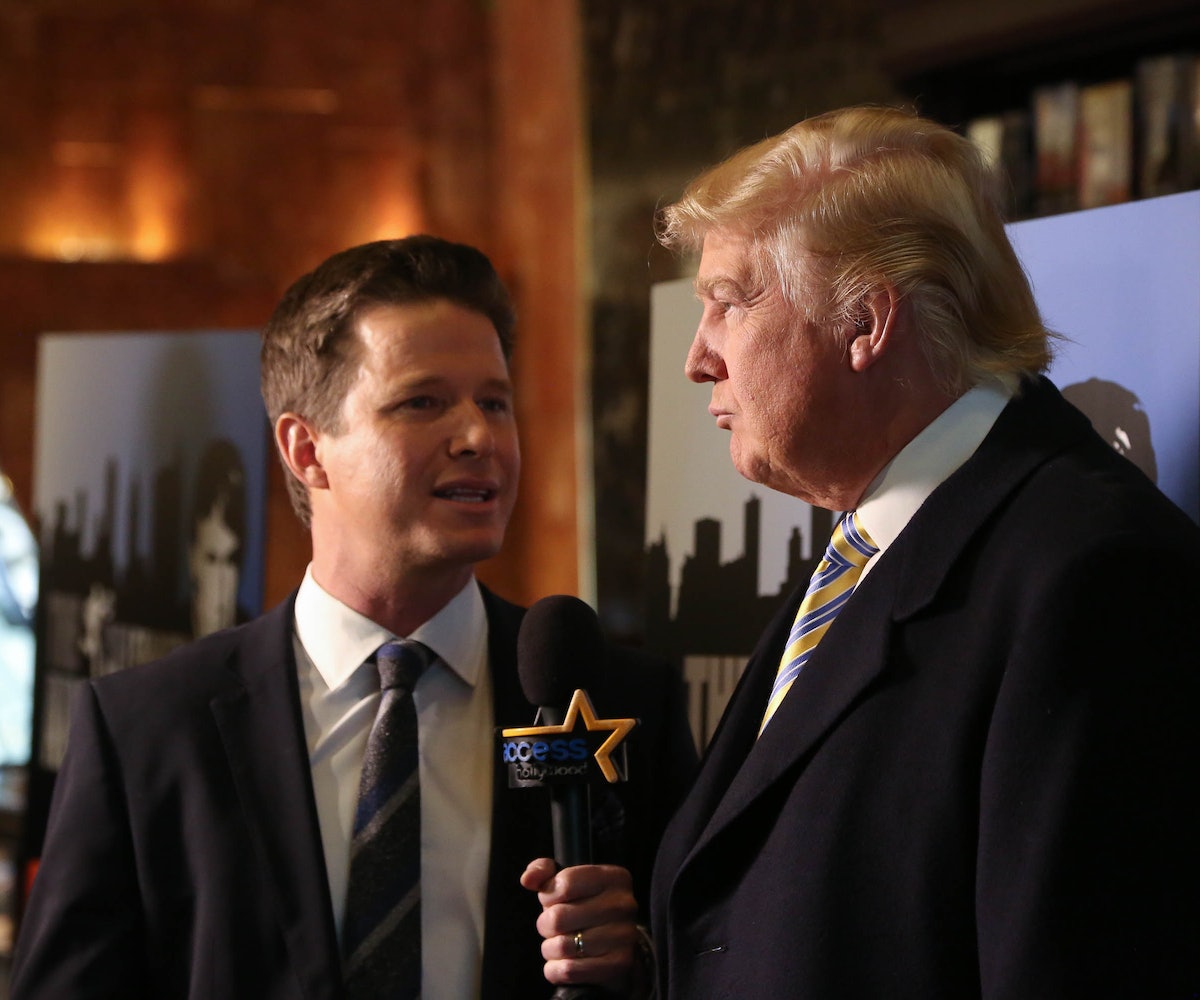 Today, a conversation Donald Trump had in 2005 with Billy Bush reveals a side of the presidential candidate which he would most definitely have liked to have kept hidden: the side where he brags about sexually assaulting women. As revealed in the Washington Post, the conversation included such gems as:

“I’ve gotta use some tic tacs, just in case I start kissing her,” Trump says.“You know I’m automatically attracted to beautiful -- I just start kissing them. It’s like a magnet. Just kiss. I don’t even wait.”

“And when you’re a star they let you do it,” Trump says. “You can do anything.”

Trump and Bush were recorded talking on an Access Hollywood bus; Trump—then married to third wife, Melania—revealed "a failed attempt to seduce a woman." He said:

“I moved on her and I failed. I’ll admit it... I did try and f--- her. She was married. And I moved on her very heavily. In fact, I took her out furniture shopping. She wanted to get some furniture. I said, ‘I’ll show you where they have some nice furniture.’”

“I moved on her like a bitch, but I couldn’t get there. And she was married... Then all of a sudden I see her, she’s now got the big phony tits and everything. She’s totally changed her look.”

The misogynistic language that Trump and Bush employ throughout the tape includes Bush's agreeing with Trump that when you're a star you can do "whatever you want." Even, Trump makes sure to point out, "Grab them by the pussy."

Trump has commented on the audio, stating:

This was locker room banter, a private conversation that took place many years ago. Bill Clinton has said far worse to me on the golf course — not even close, I apologize if anyone was offended.

Which, there's no worse "apology" than the one that doesn't admit guilt, but rather only regrets "if anyone was offended." Beyond that, though, it's important to acknowledge that Trump's comments were not just "banter." He was indicating that he does not care about consent when it comes to sexual conduct, that he doesn't wait for someone to say "yes" before he kisses them. This is assault, plain and simple, and to pass it off as normal conversation is an insult not only to women everywhere, but people everywhere.

The sad part is, it's not like we expect anything better from Trump, it's just that we didn't think things could keep getting worse and worse.