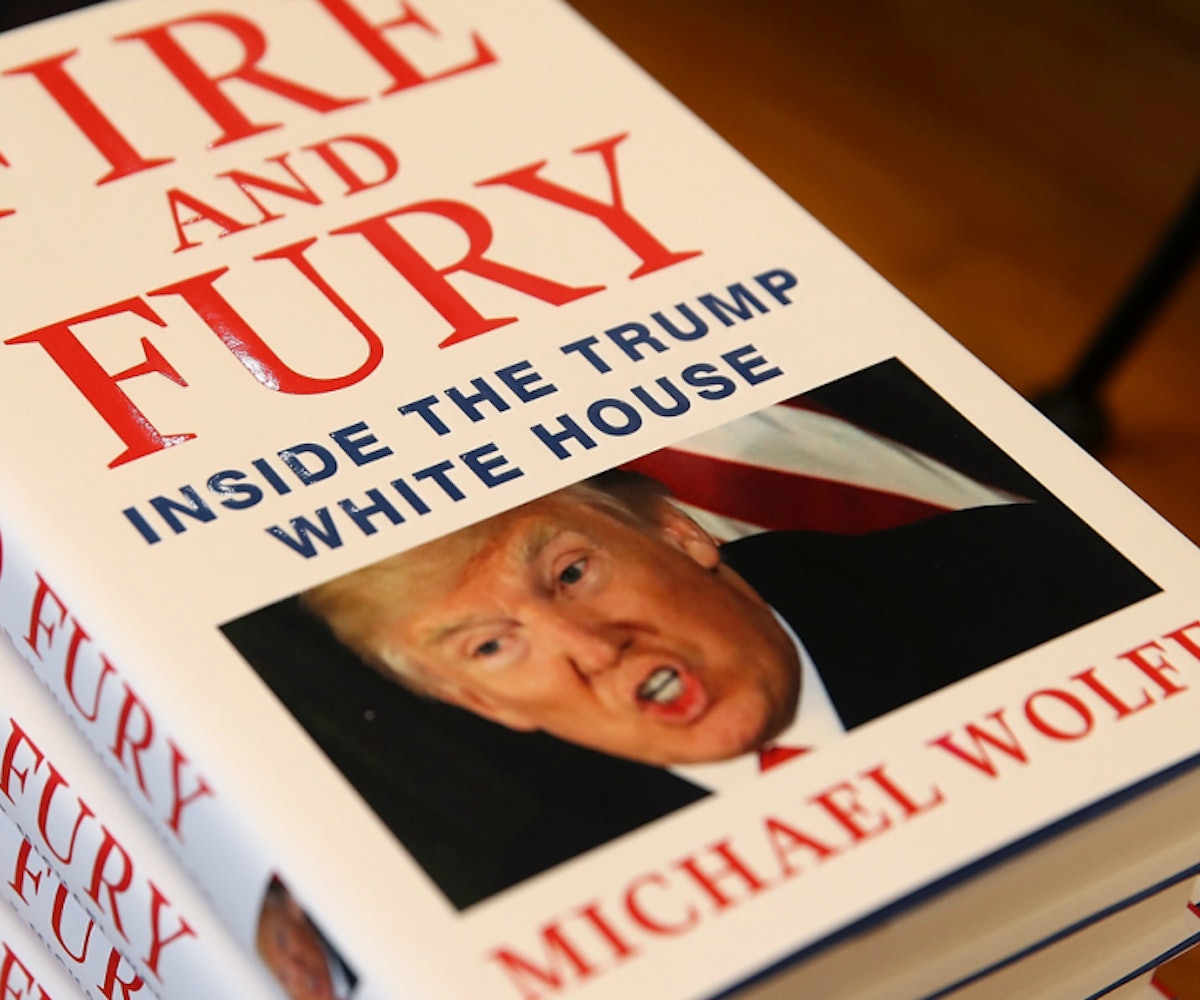 Just days after Twitter issued a blog post saying that they would not ban “world leaders” (read: Donald Trump and his tweets threatening nuclear war) from their platform, the president has gone full throttle on his keyboard this morning.

Earlier this week, author Michael Wolff released a book entitled “Fire and Fury,” which takes a very unfavorable look inside Trump’s administration and even begs the question as to whether or not the President is actually sane.

As a rebuttal, Trump took to Twitter and unleashed a number of decidedly non-sane-sounding tweets. “Actually, throughout my life, my two greatest assets have been mental stability and being, like, really smart,” he wrote, sounding more like an eighth grade girl (no offense to eighth grade girls—you rock!) writing in her journal than the leader of the free world.

Trump also went on to call himself a “stable genius” despite the fact that he has the propensity to use a social media platform best suited for sharing memes and one-liners to taunt other world leaders with the threat of nuclear war.

Plenty of people have been asking Twitter executives a perfectly reasonable question: If Trump’s tweets could potentially bring about a nuclear holocaust, why hasn’t his account been banned? This week Twitter provided a vague answer without actually mentioning the President:

“Blocking a world leader from Twitter or removing their controversial Tweets, would hide important information people should be able to see and debate. It would also not silence that leader, but it would certainly hamper necessary discussion around their words and actions.”

Naturally, most people believe that Twitter allows Trump to stick around for monetary reasons—a theory they were quick to refute in their post, stating, "No one person's account drives Twitter’s growth, or influences these decisions."

Given Trump’s 46.1 million followers and the daily international coverage of his tweets (especially on a day like today), it’s hard to not be just a little dubious at Twitter’s claim that their decision has nothing to do with numbers. Nonetheless, it isn’t likely that banning his account would have much of an impact. The internet is a vast space, and if the president of the United States wants to say something inflammatory, he’ll find a way, be it on or off Twitter. Meaning, we’re going to have to keep putting up with content from this not very stable “genius” who has the nuclear codes.