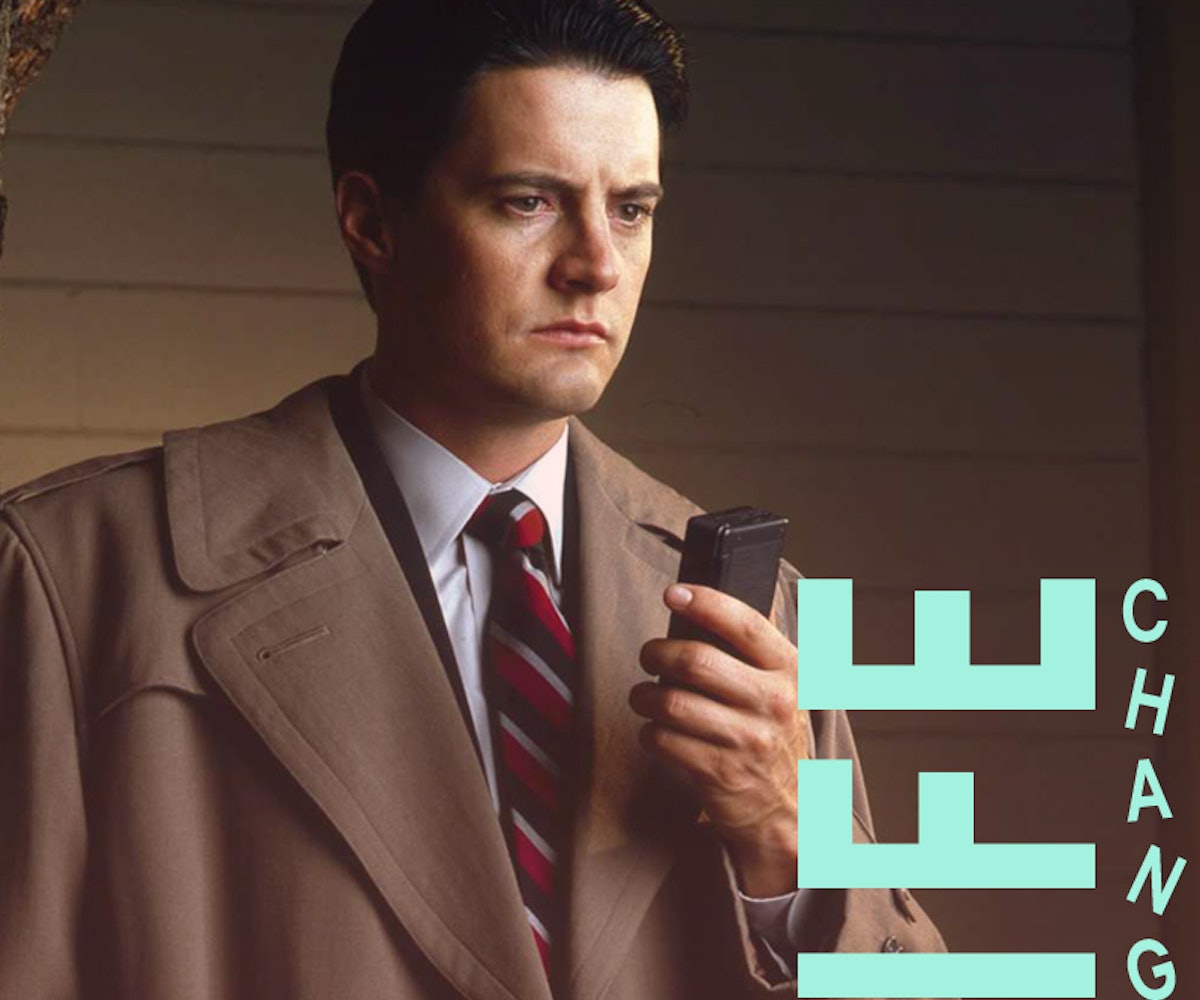 Like most people who have the unfortunate pleasure of growing up in the suburbs, I grew up surrounded by varied constructs of conformity. While the clichéd cliques depicted in high school-centered shows like Glee and Freaks and Geeks were relatively absent, there was still the idea that in order to fit into a group (which was the ultimate goal, really), one must adopt similar styles, vocabulary, and, perhaps most notably, outlooks on life. Surrounded by this energy, I gave in, as most do, and adopted a docile passiveness alongside a wardrobe of overpriced Abercrombie & Fitch tees and velour tracksuits.

I ended up going to university in Boston, and the city's lack of diversity and emphasis on WASPy goals, like succeeding in the finance industry and worshipping bros for their crude humor and pastel-colored polos, certainly didn't help the situation. Although it may sound dramatic, it takes a lot of strength to stay true to yourself, and when you're trying to make new friends, it's easier to obey the status quo than search for the few people who you should actually surround yourself with. Somewhat miserable and extremely frustrated with myself, I fell down a hole of binge-watching everything and anything available to me on Netflix. There, I found Twin Peaks, and with it, a new desire to embrace both my shitty and great eccentricities.

I wasn't even conceived by the time Twin Peaks was released in 1990. But even without actually experiencing the way it shifted American pop culture firsthand, simply watching it back, nearly a quarter of a century later, made it clear to me that it changed television. Hell, it even offers something totally new today. As Andrew Anthony wrote for The Guardian, "Before Twin Peaks there was plenty of well-made American TV, though it was mostly generic and limited in ambition. But Lynch, a cinema auteur, tore up conventions and almost single-handedly reinvented TV drama." Watching it felt like an immediate release from the norm. Needless to say, I consumed the entire series in a matter of days.

Like any David Lynch work, it embraced the weird full force, not only in its subject matter but also in its delivery, from its cinematography choices to The Giant and its infamous score by Angelo Badalamenti. And though its depictions of the Black and White Lodges are obviously some of the show's most potent symbols, it was the characters that really impacted me.

Laura and Bobby showed how everyone, whether or not their lives were a reality of the American dream, has their issues. And though that theme has been explored in so many ways, it seems banal; their raw energy and un-Hollywoodness actually made it seem real, and, in turn, I didn't tune it out from the get-go, but rather allowed it to seep into my conscious. Suddenly, the idea of sticking to the status quo and trying to please those around me in order to achieve others' idea of success seemed trite.

Though I found Donna increasingly irritating, the idea of experimenting with one's identity and trying on different personalities to come into oneself inspired me in tiny ways that ended up adding up in the end. And although this won't read as the most flattering image of myself, Audrey reminded me of the power of manipulation and the silent, inherent control that women have over those around them.

Then, of course, there's the matter of Twin Peaks itself. The portrait of a small town and its emphasis on capitalistic, consumerism-driven goals made a powerful statement about the unstable, crooked foundation that the American dream depends on. Sure, it was entertaining to watch Catherine Martell's and the Horne brothers' attempts to exploit those around them in order to rise to the top of the social classes, but their efforts fell flat when compared to the creativity and poetry created by the show's interpretations of dreams and overarching oddness.

In the years since I first clicked play on Netflix, I've revisited the series every few months. I've hogged the communal area in my apartments, filling it with ominous sounds and snapshots from the Red Room, and annoyed countless roommates in doing so. (After seeing a Snapchat of me watching it in my latest apartment, my old roomie texted me, "Nothing has ever summed you up more than christening the new apt with Twin Peaks. Like if I had to sum you up in one word or something, I would just show them a screenshot of that snap.") I've tried to convince multiple friends to watch the series, forcing them to watch the pilot episode with me. Sometimes it's worked, but most of the time, it crashes and fails.

While the show has quite obviously achieved a cult status, it's not for everyone, and that's totally fine. If you somehow haven't watched or been exposed to the series, block out a chunk of time to try it out. It goes further than entertainment and, from my experience, has the power to affect our trained perceptions. Whether or not you like it, in the end, you have to agree that it's something that we could all do with a bit more of.