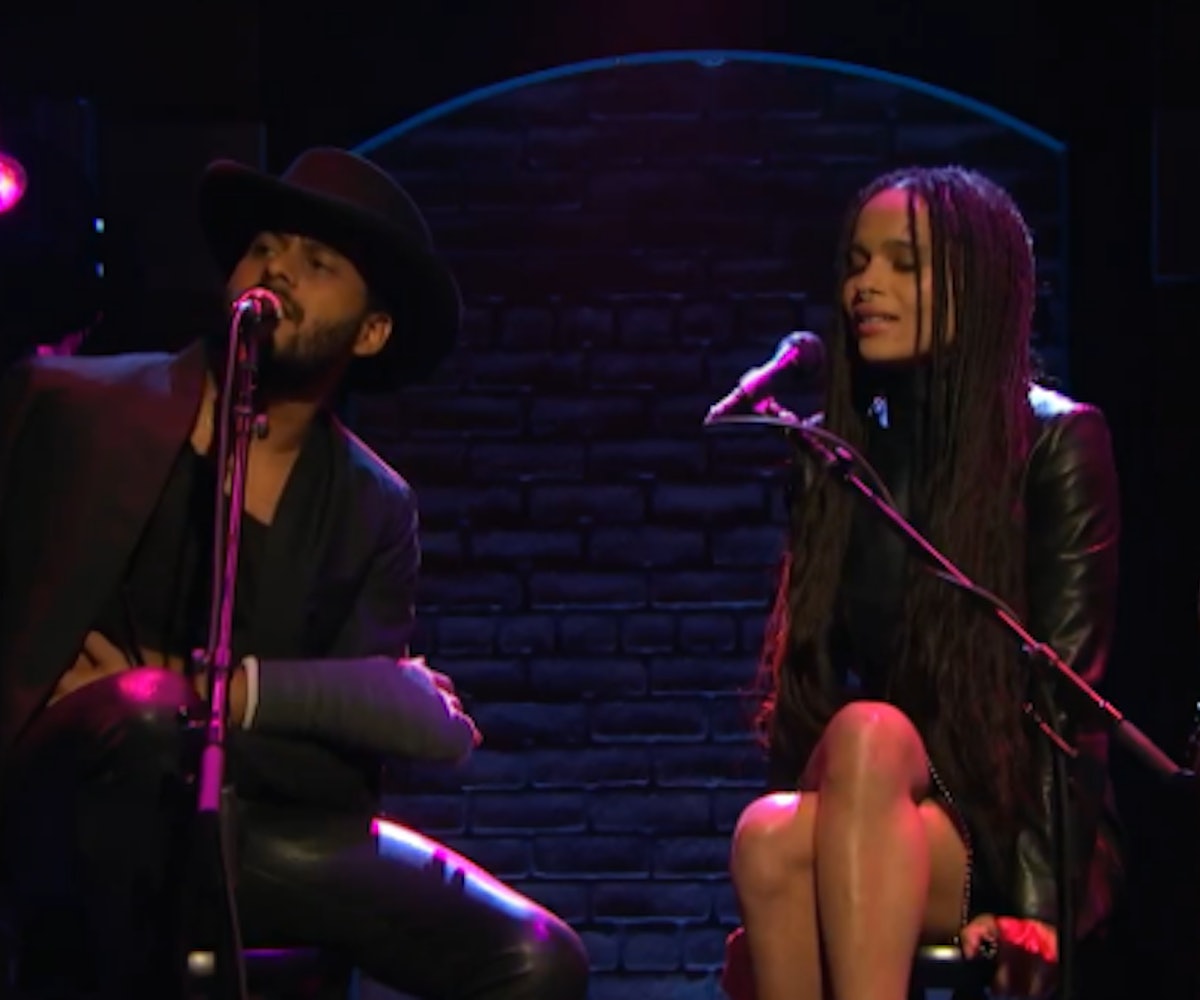 Last night, Twin Shadow appeared on Late Night With Seth Meyers just a few weeks after he and his tour crew got in a scary bus accident in Colorado, hence the cast and subdued perfomance of his new single ”I’m Ready.”

But the real treat came afterwards, when he was joined on stage by pal Zoe Kravitz to perform a haunting, percussion-free rendition of Sade’s classic, “No Ordinary Love.” Kravitz shows off her legitimate and elegant vocal chops, just days after premiering her band Lolawolf’s latest video. If she’s trying to establish herself as a legitimate musician, it’s working. Watch the performance above.