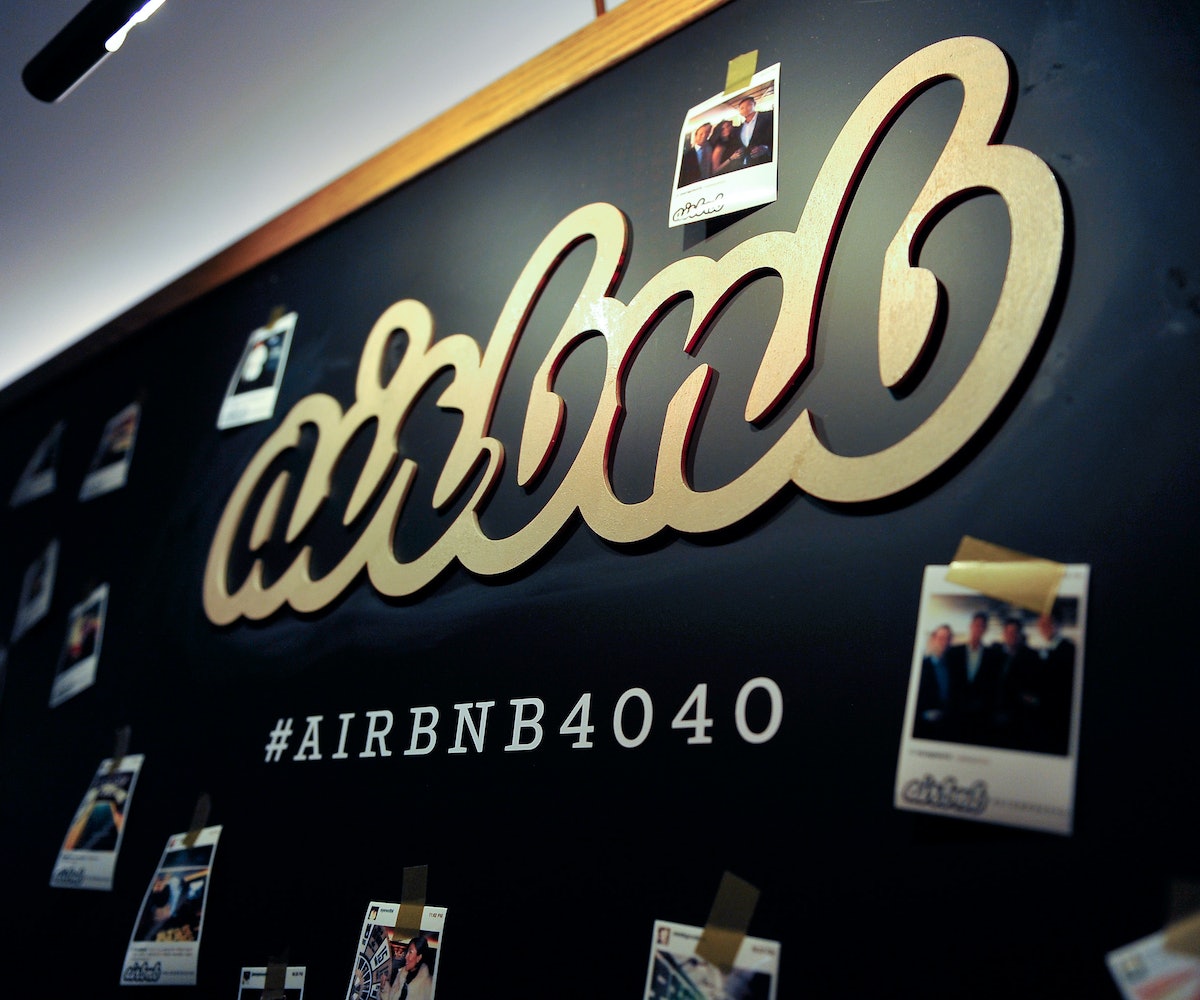 Photo by D Dipasupil / Getty Images
by Sarah Beauchamp
May 1, 2016

Despite being Airbnb's ideal demographic, Quirtina Crittenden, a young, successful millenial who loves to travel, was constantly getting turned down for rooms. She told NPR she'd get excuses from the hosts, like their regulars were coming to town and needed to stay there, or "someone actually just booked it." She began to get suspicious.

When she shared her story on Twitter using the hashtag #AirbnbWhileBlack, she saw that a lot of her friends were going through the same thing. Many told her they'd changed their names and photos in order to book rooms. Crittenden changed her handle to "Tina" and her profile picture to a landscape photo. Since then, she hasn't had any issues.

This prompted NPR's Twitter chat on Friday, using #AirbnbWhileBlack to prompt a talk about the racism black people have encountered when using the house sharing app. Their stories backed up the recent findings of two separate Harvard studies that showed African Americans are roughly 16 percent less likely to successfully book a room than their white counterparts, and black hosts receive 12 percent less money. They found that even black hosts were less likely to rent to black-sounding names than white-sounding names.

The #AirbnbWhileBlack stories ranged from people who are constantly told that rooms are "unavailable," when they are already marked as available for those dates, to those who never even get responses to room requests.

While Airbnb has a policy that prohibits “content that promotes discrimination, bigotry, racism, hatred, harassment or harm against any individual or group," hosts are still allowed to reject anyone without giving reason, making it difficult to prove those reasons are tied to racial bias. The stories shared with this hashtag, as well has Harvard's findings, should be evidence enough that Airbnb needs to reevaluate the way people can book rooms through the site.

David King, Airbnb's new director of "diversity and belonging," told Mashable that Airbnb recognizes “bias and discrimination present significant challenges, and we are taking steps to address them.”