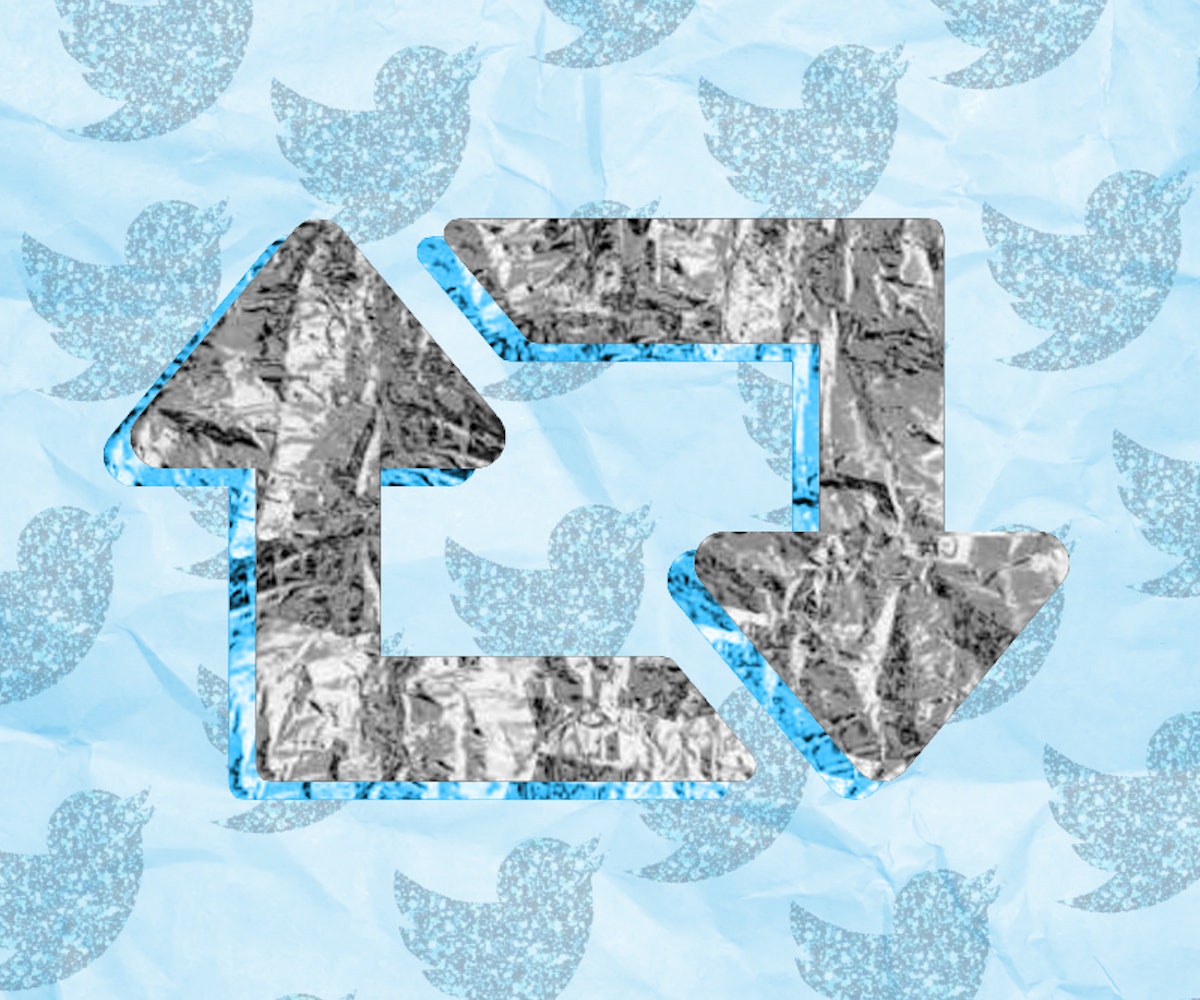 illustration by Ricky Michiels
by Yasmeen Gharnit
May 24, 2016

Once upon a time, Twitter was a petri dish for narcissism and a place to infinitely inflate egos. Now, with the introduction of self-retweets, it's returning to its roots.

At its inception, Twitter was a place for people to assert their being and turn mundane activities into extraordinary feats worthy of the praise and admiration they felt they were entitled to as living beings. Doing your laundry, eating spaghetti, and checking in on your elderly neighbor were suddenly more exciting and—most importantly—more fulfilling. Because even though not everyone cared about what you were doing, at least they were forced to think about you.

Then, it became used for "good." Users began to share information, news, and positive mantras. (It was also used to spread hate because, well, there will always be miserable people in the world.) While there were still personal stories to be told by comedians and the like, and self-promotion to be had by the bloggers and other self-deemed "influencers," it became a forum where broad, impersonal statements thrived. With more importance placed on one's digital footprint than ever, more thought was put into the characters that were used. Among the mere plebeians, selectivity was key, and to use a tweet to speak about yourself was an activity to be frowned upon, or pitied, or, most likely, both. Even celebrities like Kanye West garnered head shakes for acknowledging their own greatness and believing their long streams of consciousness (or, as many call them, "rants") to be worthy of public viewing.

Now, though, it seems as if the tides of social media are once again shifting. This morning, Twitter announced that they are introducing a function that allows users to both quote and retweet their own tweets. No longer will the Twitter population have to ignore the brilliance of their former musings or refrain from bestowing their followers with more anecdotes. Soon it will once again be possible to spread the gospel of self-greatness. The very thought of it all tickles me with delight, as I, a conceited 20-something myself, think my old tweets are really damn hilarious and deserve to be resurrected from the scrolling graveyard. (Check them out, and follow me while you're at it because you probably should.)

Of course, Twitter, realizing the power and force that egotists bring to social media, is making more amendments that will help clog their servers with nonsensical ramblings. Twitter handles beginning with an "@", GIFs, Vines, and pictures will no longer count toward the 140 character limit, so more space can be spent typing about that really great thought you just had (about how you should probably wash your hair) or that really cool thing that you're doing (washing your hair). Also, tweets beginning with a Twitter handle will be seen by all of your followers, so those who follow you will be bombarded with every great thing you've ever written.