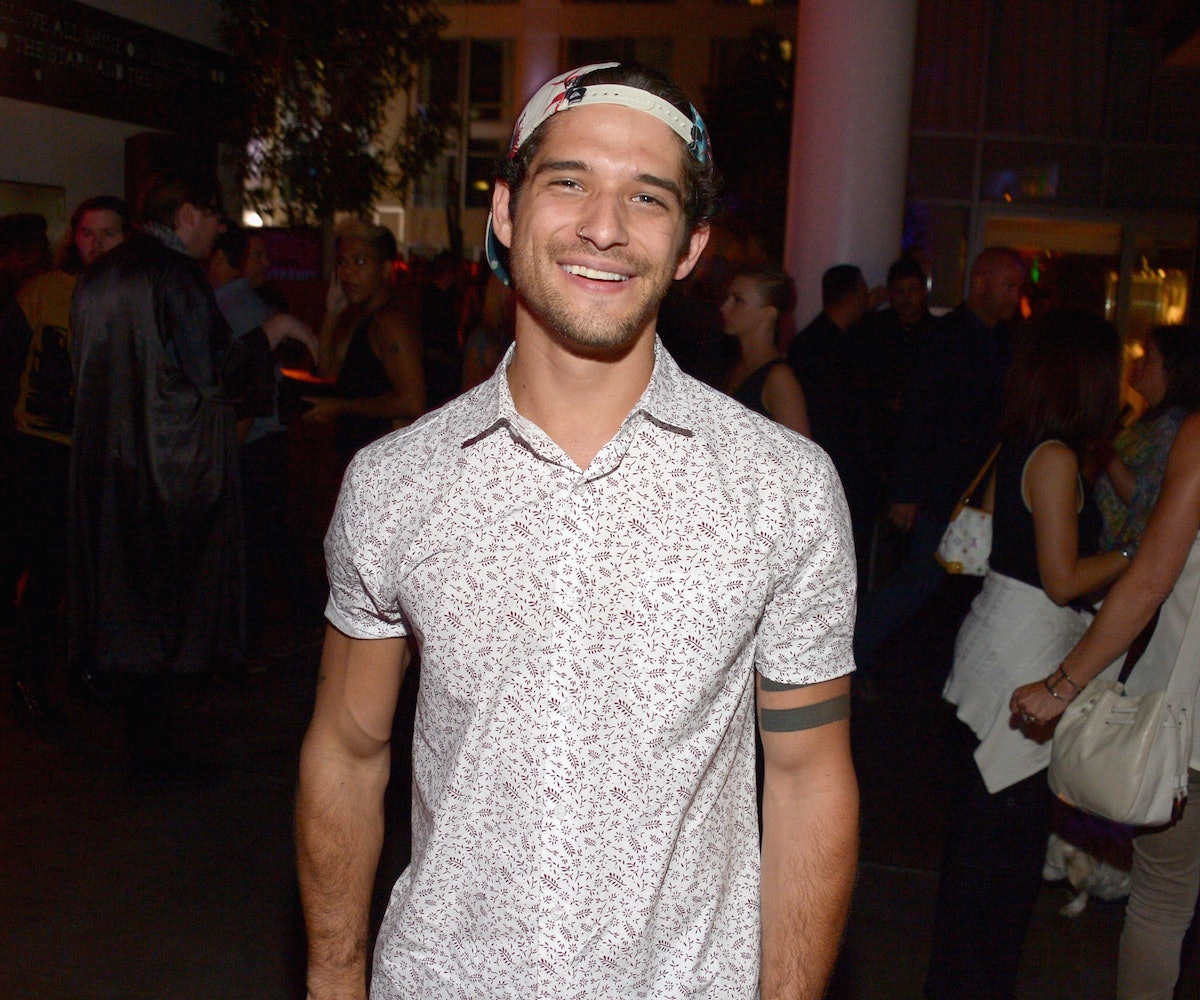 Teen Wolf star Tyler Posey is apologizing for a fake coming out video he posted to Snapchat yesterday and asserted himself as fully supportive of the LBGTQ community—and also that he's straight.

The video in question saw Posey standing underneath a sign for Gay Street in Manhattan, where he declared "This is me, I am this and this is me, I've never felt more alive. I'm gay!" This was followed by another video later on, where he declared "I am lamp." The video, of course, led fans to believe that Posey was actually playing around and wasn't actually gay. A publicist for Teen Wolf confirmed this later still, who offered up the (lame) excuse that she thinks he was using the word "gay" as in "happy," rather than commenting on his sexuality. This swayed exactly no one, as Posey was clearly playing on similar wording and phrasing other people have used to actually come out as gay. Coupled with the "I am lamp" video, the whole debacle was panned by fans as insensitive and offensive.

Posey finally took to Twitter to apologize. In three separate tweets, he said, "I am a big proponent of love over hate, and standing together during divisive times. Although I'm not gay, I fully support the LGBTQ community. This was a moment intended to reflect that. And everyone, I am truly sorry to the people I've offended or lessened how big coming out is. I just want to spread love in this world."

It's still a little unclear what Posey means here: are his tweets intended as a moment to reflect on his support of the LGBTQ community, or does he think that's what he was trying to do in his original video? Overall his apology seems sincere, so we'll save the side-eye for now and hope Posey thinks before he posts from now on.