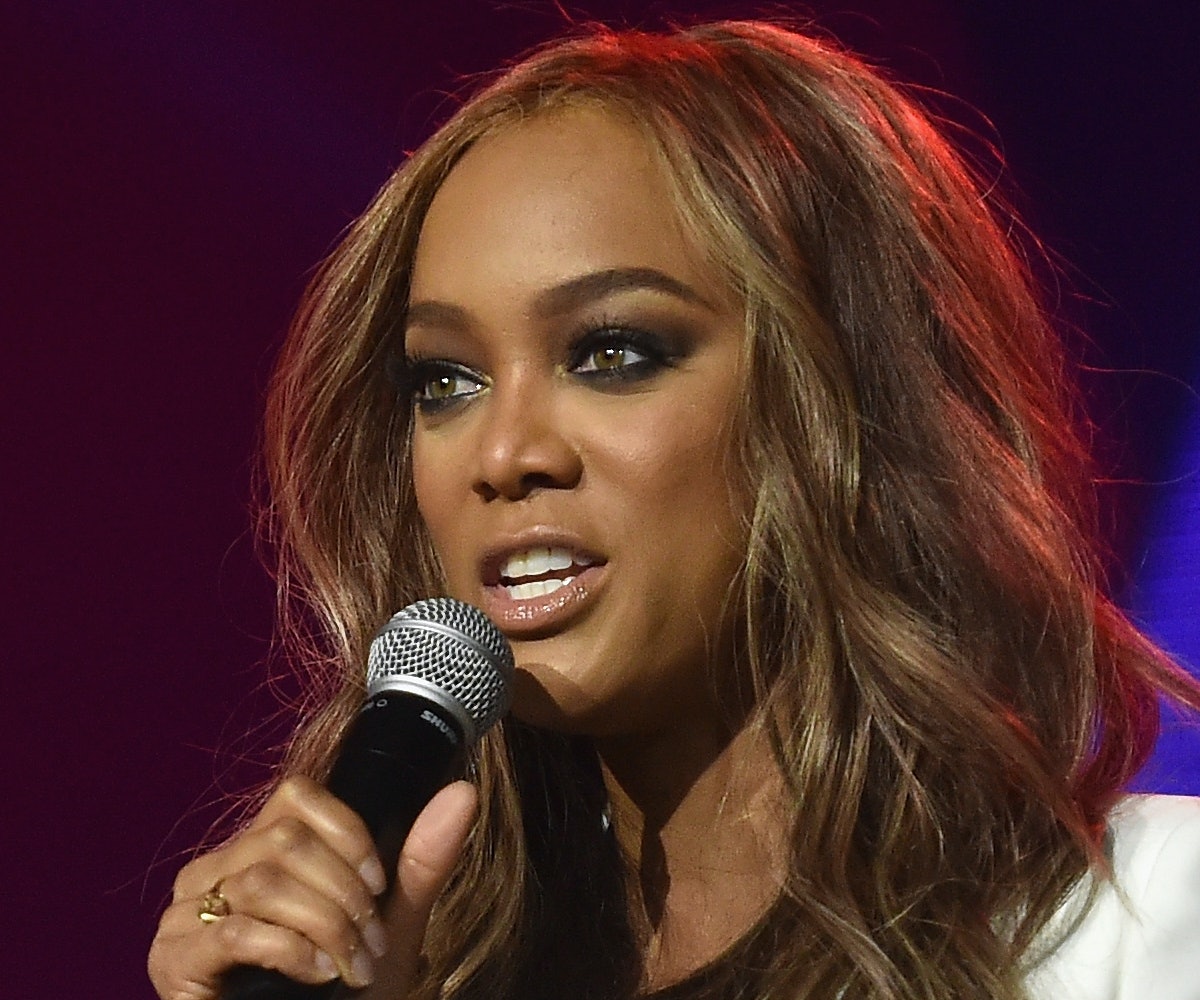 Tyra Banks just got real about the concept of natural beauty and how judgmental some women can be toward others for altering their appearance. Ahead of the release of her new memoir, Perfect Is Boring, the supermodel spoke to People about her experience with plastic surgery and our obsession with "no makeup" looks.

“I had bones in my nose that were growing and itching,” Banks told the publication after revealing in her book that she got a nose job early in her career. “I could breathe fine, but I added cosmetic surgery. I admit it! Fake hair, and I did my nose. I feel I have a responsibility to tell the truth.” She also called for women "to stop judging" others for doing what they want with their own bodies, whether it be a weave or a visit to the plastic surgeon.

Banks also thinks that it's a problem that we place "a lot of emphasis" on the "no makeup" look, saying, "As a model, I needed makeup. I don’t think there’s anything wrong with that."

"Natural beauty is unfair,” she said. “I get really uncomfortable when women who are these 'natural beauties' judge anybody who does anything to themselves.” Banks clarified that while it's great if you do like the natural look, if you do feel insecure about something it should be okay to use "a magic bag of beauty tricks to make you who you want to be."

"Permanent or temporary, I do not judge that," she said. “Fix it or flaunt it—I think women should be able to do both.”