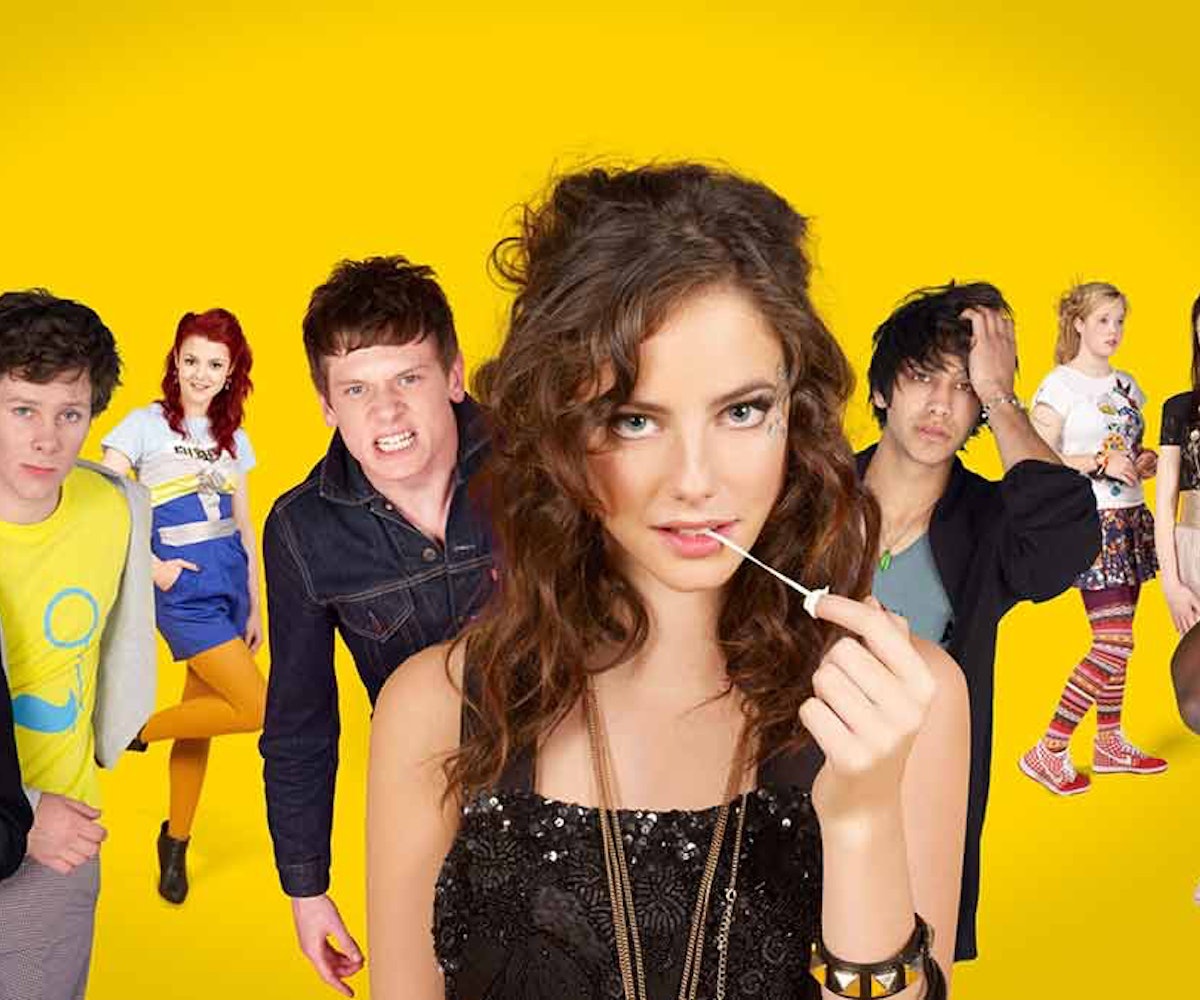 I’ve watched the entire U.K. Skins series three times now. Once while studying abroad in London—where I discovered the show—again when it hit Netflix, and then again a couple of months ago. A decade after its premiere on London’s E4, it remains one of the most exciting, impulsive, and dynamic coming-of-age shows to air. Don’t @ me.

To quickly recap, the show follows a group of teenagers as they navigate growing up in Bristol, England. It explores the topics that usually exist in the genre: underage drinking, experimentation with drugs and sex, and general acting out. But instead of the glossy Gossip Girl, The OC, or One Tree Hill depictions, Skins deals with characters’ plights with mental illness, addiction, self-involved parents, teenage pregnancy, and death.

Skins was raw; it was the crux of unfiltered before that concept was commonplace. It felt real, but most importantly, it felt honest; a big part of that had to do with the characters. For those not familiar, the show replaced its cast at the beginning of every season (or series, as the Brits call it). That means, every 18 episodes or so, viewers start fresh with a new batch of guys and girls with whom to become emotionally invested. This move might be viewed as a way for the co-creators—father-and-son duo Bryan Elsley and Jamie Brittain—to keep fans on their toes, but it also worked to keep the show feeling fresh and authentic.

Elsley explained the reasoning in an interview with The New York Times back in 2008, stating: “Our show is for young people. We want our actors to be the same age as not only the characters they’re playing, but the same age as our audience. So that means once they reach the age of 18, 19, they can’t be in the show anymore.” The fact that many of the actors hired were amateurs—Skins being the first gig for a majority—is also worth noting.

Another standout aspect of the show was the character development. Each episode focused on a different character (a concept which, Brittain admits, he stole from the U.S. show Lost). Others may be included in the story line, but the spotlight is on the person at hand. This approach gave viewers a chance to bond with, say, Cassie’s flightiness or Effie’s twisted antics or Minnie’s narcissism. It also gave the writers a chance to show that, underneath a surface of pimples and social awkwardness, you’ll find complex, often fucked-up individuals.

When America tried to make the show happen stateside it, unsurprisingly, flopped. Many parents were appalled that a show would dare depict teenagers on television having sex and doing drugs. Some critics even went so far to suggest the series violated child pornography laws. In 2011, Elsley wrote an open letter defending the show. He wrote:

We proceed from the idea, not that teenagers are inherently likely to misbehave, but rather that they are intensely moral and disposed to make judgments on their own and others' behaviour. Sometimes, but not always, they get things wrong. In this teenagers are remarkably similar to adults. Their morals may not be the same as those of their parents and teachers, but they are nevertheless, highly developed and active in their world.

Skins was largely written by teenagers for teenagers, and it felt like it; the for us by us approach. The show was so popular because 16- and 17- and 18-year-olds could relate to it on a personal non-superficial level. It was gritty and uncomfortable at times, some might even say sensationalist, but it was sincere. The writers humanized these teenagers in a way that no show had done before or has since.

There’s a Change.org petition circulating asking for the series to come back. I’d add my name to the list (It’s at 1,710 and counting) but, to be honest, I'm pretty satisfied with the six seasons we already have (plus, we already got our revival with Skins Redux). And I know I can always revisit them for a fourth, fifth, and even sixth viewing, and still wind up just as enamored as the first time.