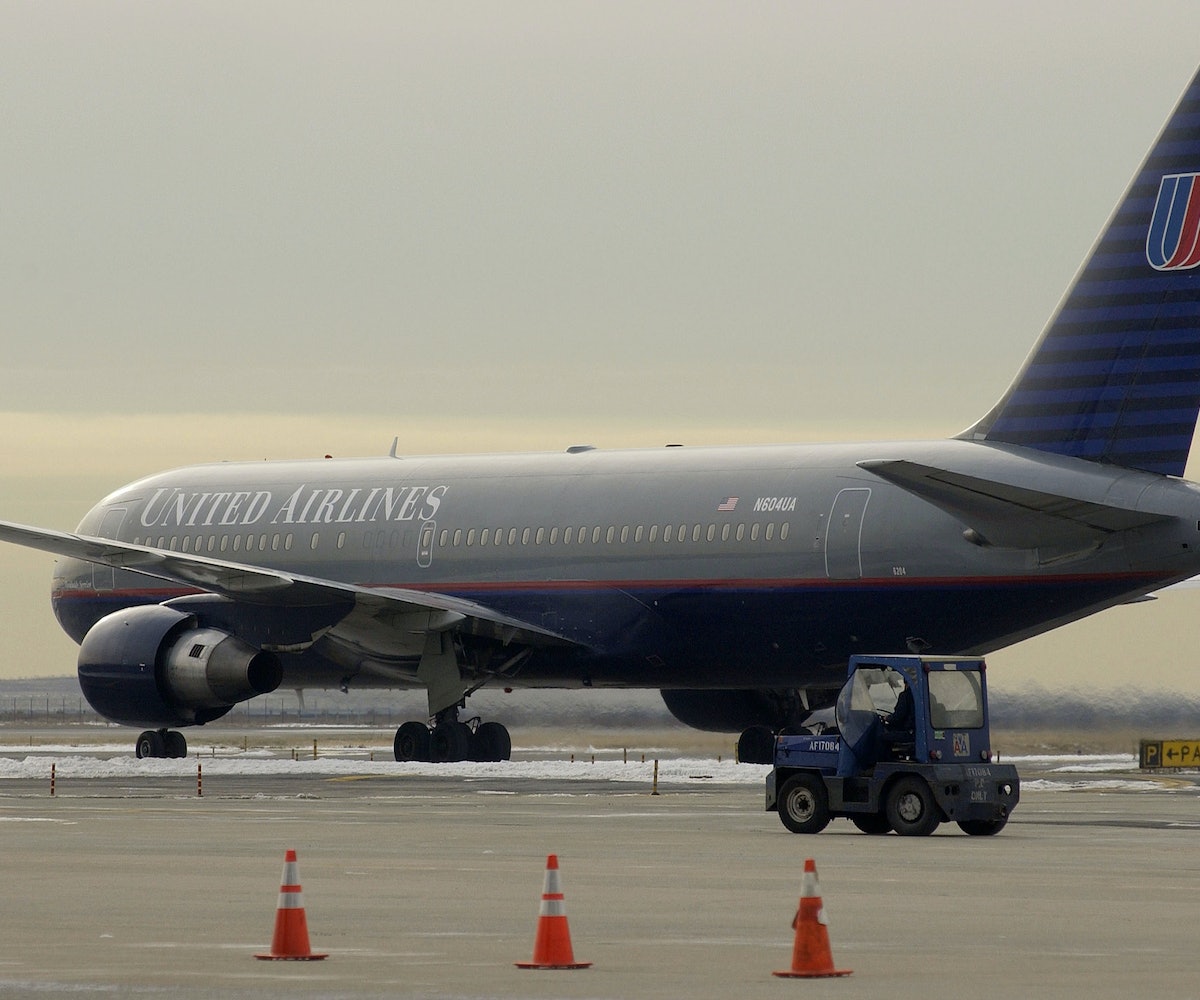 Update 04/13/17: David Dao, who was violently removed from a United flight earlier this week, will reportedly press charges against the airline. "If you're going to eject a passenger, under no circumstances can it be done with unreasonable force or violence," Dao's attorney, Thomas Demetrio, said during a press conference. He also shared that the 69-year-old doctor suffered a concussion, lost two front teeth, and has a broken nose.

We’re not sure what the deal is with airlines treating its paying passengers like crap, but the saga seems to be continuing. And the latest is particularly disturbing.

According to reports, United airline overbooked a flight from Chicago to Louisville. In an effort to assuage the problem, which the airline put itself in, flight attendants allegedly asked for volunteers to give up their seats. Understandably, nobody volunteered, so United chose for them.

In videos posted by several passengers on Twitter, you can see an Asian man screaming as he’s forced from his seat. He is then seen being dragged off the plane and through the aisles like a rag doll. According to passengers on Twitter, the man is a doctor in Louisville and had to be at the hospital the next day to tend to patients.

In another video posted on Twitter, it appears the doctor somehow got back on the plane, with a visible bloody face. In the seconds-long video, you can hear him repeating, “I have to go home, I have to go home.”

United Airlines issued the following statement about the incident:

Flight 3411 from Chicago to Louisville was overbooked. After our team looked for volunteers, one customer refused to leave the aircraft voluntarily and law enforcement was asked to come to the gate. We apologize for the overbook situation.

Strange, we don’t see an apology directed to the doctor at all, a paying customer who was assaulted because the airline wasn’t capable of doing its job. And "re-accommodating"? That isn't exactly the issue here. It's worth noting that the police officers who manhandled him are also in the wrong. We hope he’s reimbursed tenfold for how he was treated and that these airlines begin to understand that the same customers they're dragging off of planes are the ones helping to keep their planes in the air. We’ll update this story with any further news.

In the meantime, here’s some good news for the airline: