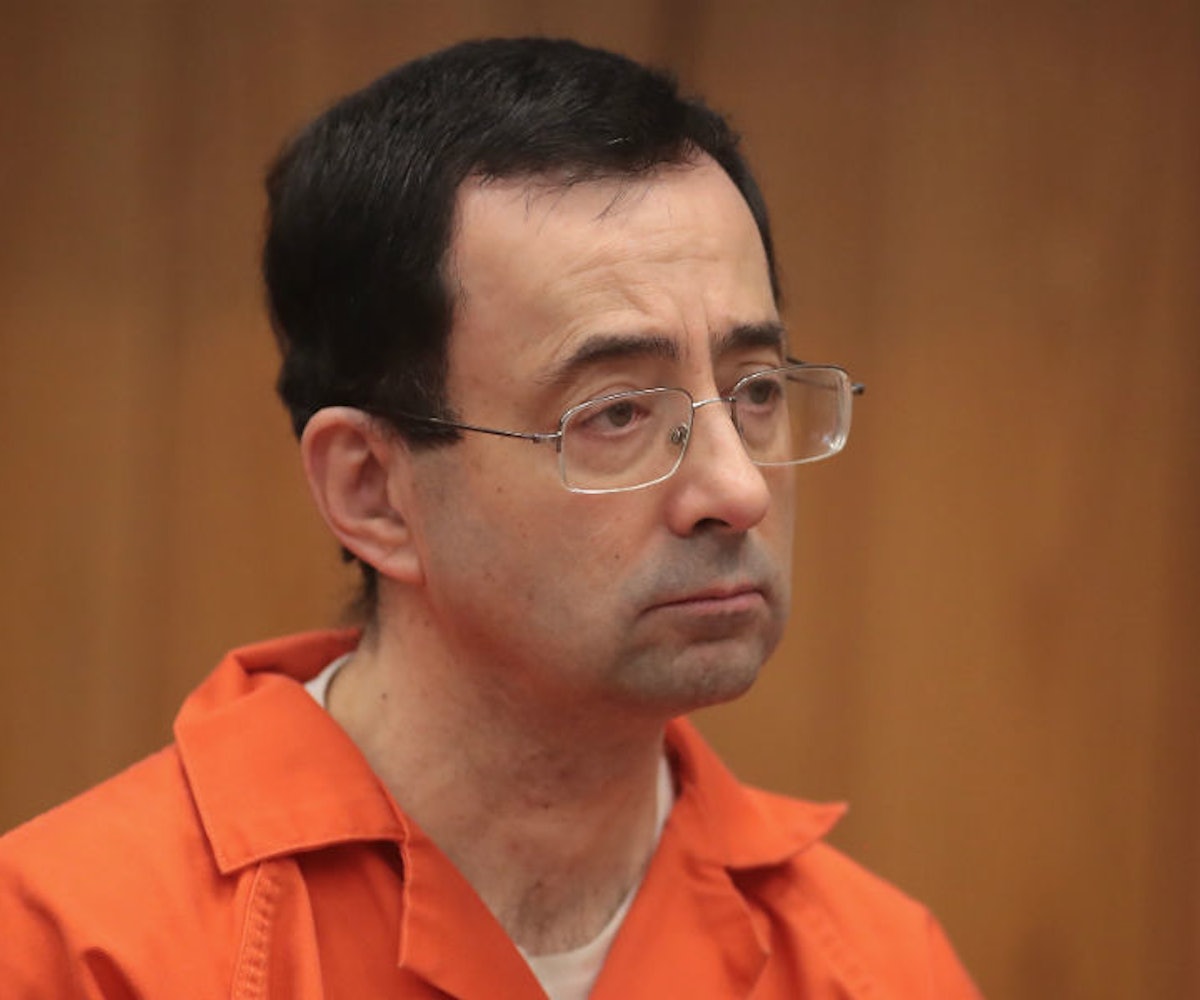 Photo by Scott Olson/Getty Images.
by Taylor Bryant
May 25, 2018

Just when we thought the news about Larry Nassar’s despicable behavior couldn’t get any worse, a new report by The Indianapolis Star comes out stating that USA Gymnastics worked with the predator to protect him.

Leading up to the 2016 Olympics, the former USA Gymnastics doctor was under investigation for child sexual abuse. Instead of telling parents and athletes this, USA Gymnastics encouraged Nassar to lie and say that he couldn’t attend the upcoming sporting event for “personal reasons.” According to emails obtained by The Indianapolis Star, the organization’s attorney, Scott D. Himsel, wrote to Nassar in July 2015 that it was “in everyone’s best interest” to go about it this way. To which Nassar replied: “Can we just say that I am sick? That would make more sense to everyone. Would that be ok?” Himsel agreed.

In a future exchange, Himsel reportedly asked him to skip the USA P&G Championship. Nassar responded with, “If I am not going to be at Championships, then it is due to financial reasons with my clinical practice, which is an accurate statement.” Himsel agreed again. In September 2015, Nassar’s lawyer at the time, Matthew Borgula, reached out and stated that his client would no longer provide “false excuses.”

“No one believes that Dr. Nassar would so easily miss those events—especially since the athletes and coaches involved with USAG continue to request his attendance,” Borgula reportedly wrote. “Dr. Nassar can no longer honor your request to provide false excuses to his colleagues, the USAG staff and/or the athletes about his absences.” Nassar retired shortly after.