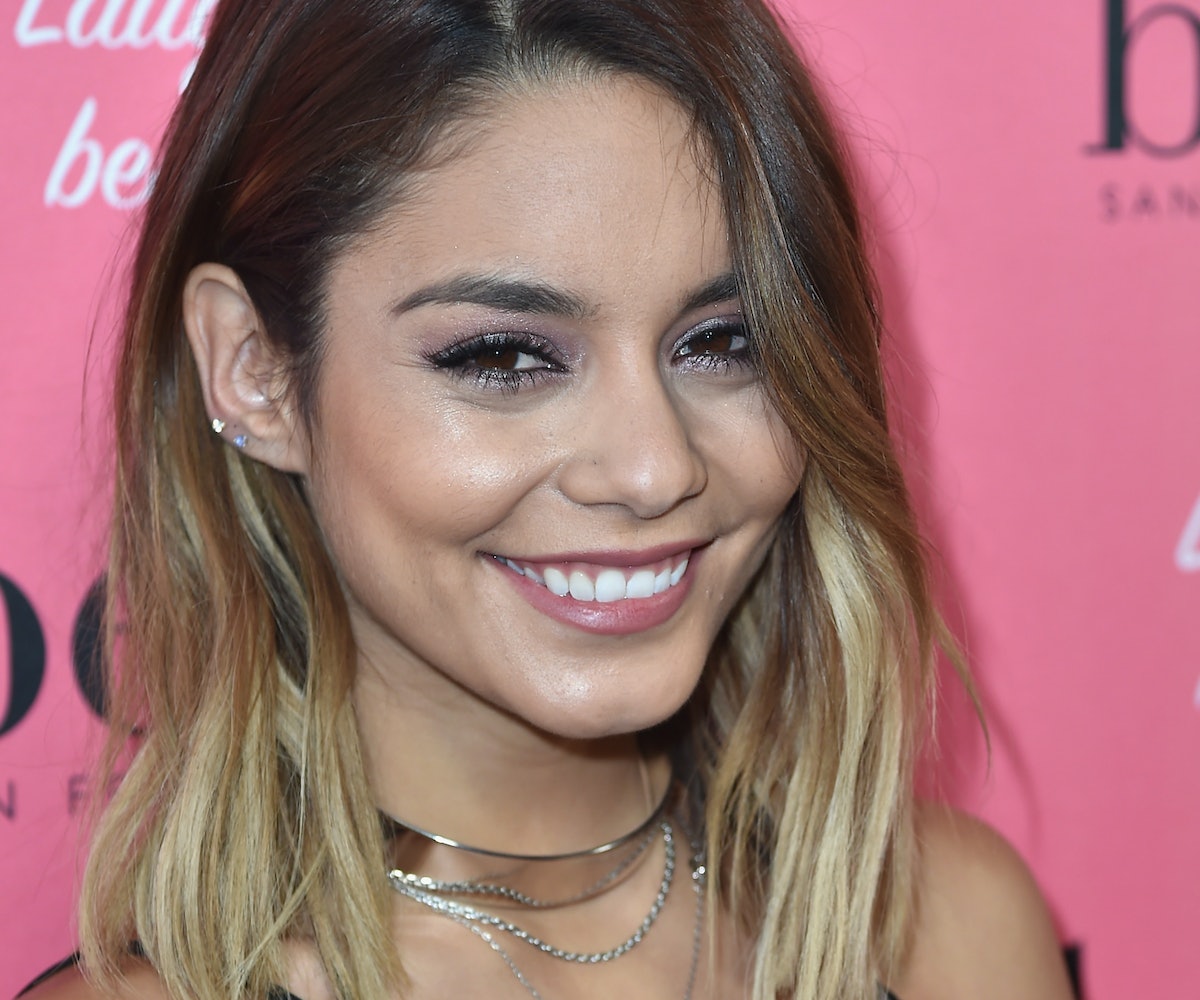 Although she's spent the last few months in rehearsals for her upcoming Broadway debut, Vanessa Hudgens hasn't let her busy schedule get in the way of her serious trendsetting. After rocking a lob for the past few months, the Spring Breakers star has gone even shorter and showed off her new blunt bob (or "bb" as she affectionately dubs it) on Instagram.

Shoulder-skimming lobs have been the talk of Hollywood hair for the past year or so, and its refreshing to see a stylish starlette switch things up. While Hudgens is known particularly for the festival-ready boho style that has basically made her the queen of Coachella, this new 'do adds a more polished touch to her look. In a time when loose waves and subtle bedhead are all the rage, a sleek bob seems all the more edgy.

While acting in her Broadway show, Gigi, the former NYLON cover star wears a wig that makes her the splitting image of a young Audrey Hepburn. We can't help but wonder if playing the title character has given Hudgens a new taste for French girl style. Either way, this chic new haircut has transformed the actress from a beachy beauty into an elegant It girl—and we love it.